As of 6am UTC on August 18, the system was packing minimum sustained winds of 100mph, and is located 750 miles off the southern tip of Baja.

Genevieve is currently passing over slightly warmer than average waters – estimated at 30C – making it an ideal environment for strengthening.

Statistic models have given Genevieve a 95 percent chance of attaining Category 3 strength, making it almost certain it will be a major storm.

The NHC said: “Rapid strengthening is forecast during the next 24 to 36 hours, and Genevieve is expected to become a major hurricane later today. 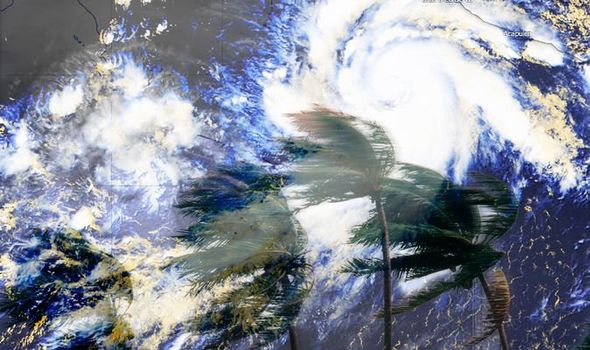 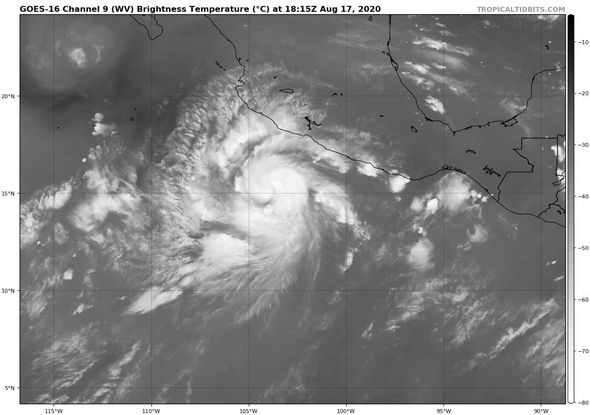 The storm is predicted to track mainly northwest, taking it close to the southern tip of Baja California by Thursday as it encounter cooler waters and drier air.

At the moment, forecasters are leaning toward a track that will take Genevieve just offshore from the area.

However, residents of Baja are advised to monitor the storm closely.

It could be that Genevieve draws close enough to the coast to bring high winds and heavy winds to the southern peninsula, causing widespread damage. 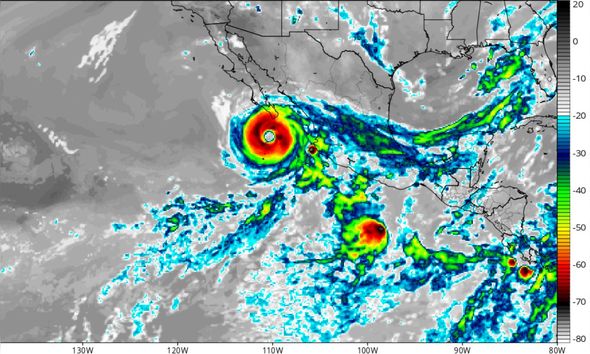 A Tropical Storm Watch is in effect for a small portion of the area due to an increasing risk of tropical-storm-force winds over the southern area of Baja California.

Swells from the hurricane could also affect Mexico’s west coast, as the hurricane centre warned that “these swells are likely to cause life-threatening surf and rip current conditions”.

Genevieve formed on Sunday by 11am and started off as a Tropical Depression.

Just six hours later, it had strengthened into a tropical storm at 5pm before being renamed Tropical Storm Genevieve.

NASA reports that the most powerful storms were found in Genevieve’s eye wall, where temperatures were colder than minus 70C. 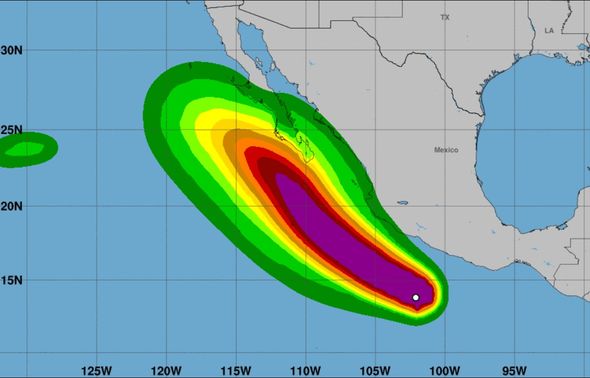 NHC forecasters said: “A turn to the northwest and a decrease in forward speed is forecast to occur on Tuesday and continue through to at least Thursday.

“Rapid strengthening is forecast to continue over the next day or so, and Genevieve will become a major hurricane on Tuesday.

“A weakening trend should begin on Wednesday.

“On the forecast track, the centre of Genevieve is expected to move parallel to, but well offshore, the coast of southwestern Mexico during the next couple of days.”

Hurricanes are the strongest weather systems on Earth, with the power to decimate coastlines and cities with sustained winds.

During its life cycle, one hurricane can release as much energy as 10,000 nuclear bombs.

This year, forecasters from the National Oceanic and Atmospheric Administration (NOAA) predict that anywhere from 13 to 19 major storms could have occurred by the time hurricane season is over.