Recently I took part in a brief exploration of the Northern California vintage of 2011, a year that was widely regarded at the time as the worst in recent memory for cabernet sauvignon.

James Laube, a columnist for Wine Spectator magazine, called it “the most damning vintage in perhaps 15 years.” Yet the six wines we tasted for the exploration, all cabernet-based, were gorgeous, evocative, complex and elegant, not at all what one might have predicted going by the general depictions of a mediocre year.

The disparity may have arisen because the wines we were drinking came from superstar producers — two bottles each from the Ridge Monte Bello estate in the Santa Cruz Mountains, Cathy Corison in Napa Valley and Inglenook, also in Napa, which in 2011 was just beginning a stylistic evolution under its proprietor, Francis Ford Coppola.

Great producers often find a way to coax loveliness out of the most difficult situations. Each of them succeeded in this tasting.

But more important, the gap between the beauty of the wines and the conventional wisdom about 2011 in Northern California demonstrated the limitations that come with vintage characterizations, and the possible consequences for consumers who adhere too closely to them.

The impulse to speak generally about a vintage, to evaluate and even rate it, is easy to understand. Few things stamp themselves on a wine more lastingly than the conditions of a particular growing season. Temperature spikes, too much precipitation (or not enough), a calamity like frost or hail at the wrong time — all of these events will be expressed in the wine itself, although not always in the same way.

The skill and intent of a producer, along with the flexibility to adjust to a vintage’s particular conditions, can go a long way toward making wines that transcend a year’s difficult growing conditions. What’s more, those who are judging vintages, primarily influential critics at wine publications, often bring their personal tastes and stylistic expectations to the evaluation, further complicating a shorthand assessment.

The 2011 vintage in Northern California was a perfect example of this dynamic. At the time, many critics were exalting a powerful, high-alcohol style of cabernet sauvignon marked by rich, opulent fruit and soft, plush textures.

The typical weather conditions in Napa Valley — sunny, hot days and cool nights that can last well into October — generally permit cabernet growers to harvest their grapes when the fruit is soft and dimpled, a stage that farmers more attuned to classical styles might consider overripe.

But that was not the case in 2011. Spring was cold and wet, delaying the flowering of the vines and the ripening cycle of the grapes. The year stayed cool, and heavy storms near harvest time forced many growers to pick grapes earlier then they might have wished, not allowing them to achieve their vision of ripeness. The dampness and humidity caused a great deal of mold and rot in the grapes, reducing the yield and the subsequent wine production.

The vintage forced many producers to make difficult decisions. They could make wines in a less overtly fruity style, taking what the year had given them. Or they could try to force the issue in the winery, using modern technologies to try to create greater concentration in the wines.

“I’ve never seen a more difficult vintage,” said Ms. Corison of 2011, despite what she was able to achieve with the wines.

Using its 100-point scale, Wine Spectator rated the vintage 86, the only vintage in Northern California from 2006 to 2016 that it scored below 94. Wine Advocate, another consumer publication, gave it an 82.

It so happens that, regardless of the vintage, the three producers in our tasting all seek a more elegant, less jammy, lower-alcohol style of cabernet sauvignon. Their strengths were perhaps less affected by the vintage than those of other producers might have been, and they were each able to make wines in 2011 stylistically consistent with their aims, notwithstanding the adversity.

Consumers might have missed these wines if they were guided solely by the vintage assessments, which can sometimes focus more on the weather conditions and growing difficulties than on the quality of the wines. 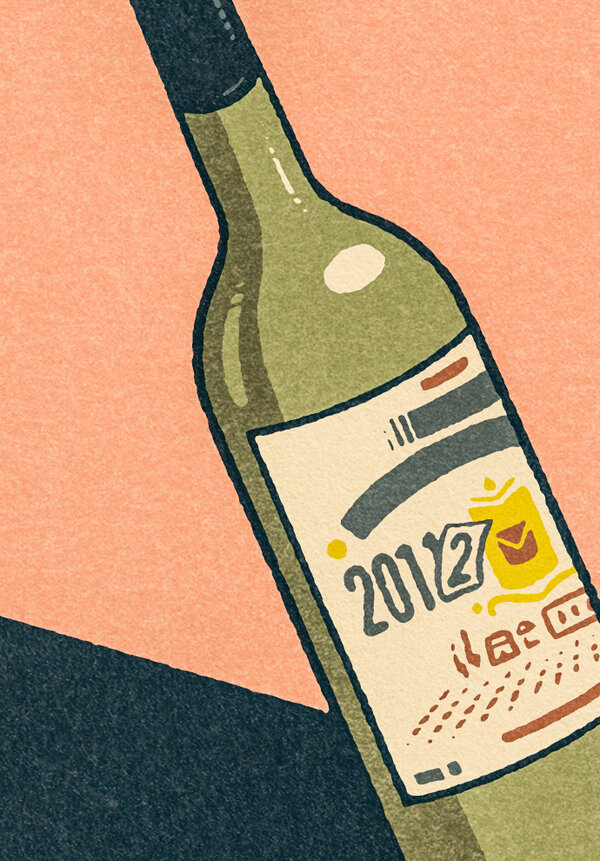 If declaring that a vintage is mediocre can sometimes be a problem, so can the characterization of a year as great. Too often, I’ve seen consumers who become fixated on vintages deemed great by critics dismissing wines from other years that might give enormous pleasure, often for much less money.

In the Côtes de Nuits, the prime source for great red Burgundies, the 2000, 2007, 2014 and 2017 vintages were generally rated lower than 2005, 2009 and 2015. Still each of those lower-rated vintages offered wines that were almost immediately enjoyable and delicious, for less money than the higher-rated years.

Those vintages deemed superior are either still evolving or, in the case of 2005, never quite developed as anticipated. The 2000 reds, judged to be modest, continue to offer great pleasure 20 years later.

Partly, this is because vintages are often evaluated according to how long the wines are expected to age. Wines that are immediately accessible are often thought to be less serious — likable rather than formidable.

Maybe critics need to re-evaluate what makes a great year. Is a vintage that will drink well after 50 years but offers little pleasure in its first 20 years really better than a vintage that is delicious for 20 years but may not be enjoyed as well by your grandchildren?

Must vintages always be judged hierarchically, on a single universal scale? Perhaps we ought to consider them simply as different from one another rather than good or bad, with one better for drinkers and the other for collectors and investors.

I want to be clear: Vintage differences are often important. Chablis lovers know that in the 2017 vintage the wines are in the classic style, with all the minerally nuances that make Chablis singular among chardonnay wines. The much warmer 2018 vintage produced a far more powerful, fruity Chablis, noteworthy at this point for impact rather than nuance. How will the 2018s develop? I’m not sure.

Some vintages, I have to conclude, are simply not very good. If you like vintage Champagne, you probably have heard advice warning you to avoid 2011. Many of the wines, regardless of a producer’s stylistic intentions, have an odd vegetal quality.

More than a few Bordeaux from the 2013 vintage have seemed to me to be not entirely ripe. I’ve enjoyed more Bordeaux from 2011, which some critics rated lower than 2013.

Vintages in which I’ve had such a uniform reaction to the wines are the exception, though. Mostly, the wines on any given year are a varied lot.

Even if vintages have pronounced differences, I believe we should pay less attention to them than perhaps we do. Far more important than obsessively following vintages is to single out producers whose styles you like.

It is both more fun and better practice to follow producers you admire through every vintage. How do they manage the particular conditions each year? How do the wines reflect each year? One thing I consistently hear from good producers: They are prouder of their wines in bad vintages when they had to work hard to achieve good quality than they are in great vintages, when the farming was relatively effortless.

Ultimately, the variations among vintages are reassuring characteristics of good wines. It’s a sign of minimal manipulation. If you’re seeking smooth consistency, the soft drink aisle of the supermarket is a good place to look.