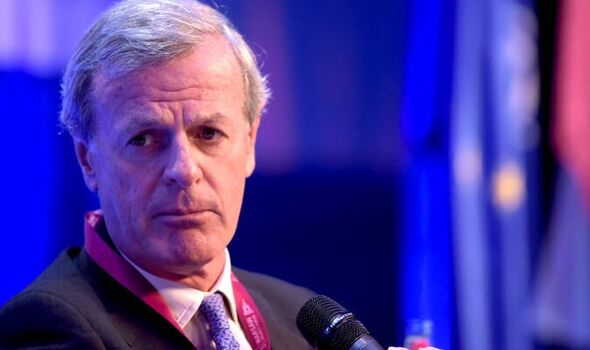 General Sir Richard Shirreff suggested the Russian President’s ambitions may not stop at Ukraine – and said it was now imperative for Nato to “man the ramparts” in eastern Europe – especially the Baltic states.

Mr Putin ordered a full-scale invasion of its neighbour in the early hours of yesterday morning, with forces crossing Ukraine’s northern, eastern and southern borders.

Speaking to BBC Radio 4’s Today programme, Sir Richard said: “There is a possibility that we as a nation will soon be at war with Russia. We in this country must recognise that our security starts not on the white cliffs of Dover – it starts in the forests of Latvia, Lithuania and Estonia.”

Asked if there was a possibility of Britons being “expected to fight” the Russians, he added: “Absolutely. If Russia puts one bootstep into Nato territory, we are all at war with Russia.

“Article 5 (of the NATO alliance) says an attack on one is an attack on all, so we need to change our mindset fundamentally, and that is why I say our defence starts in the UK on the frontiers of NATO.”

It was entirely possible Mr Putin would opt to push further into Europe, a move which would “lead to war with thirty countries”, Sir Richard said.

However, neither Britain nor NATO could deploy in Ukraine because to do so would “precipitate a third world war”.

Sir Richard added: “We need to look at our own security. We must really man the ramparts in eastern Europe as an alliance. We should mobilise the forces, such as we’ve got, as I’m afraid the cupboard is pretty bare after a decade-plus of cuts.

“Our government must be examining carefully what needs to be done to reinforce the East and send the most powerful signal that NATO is ready and willing to defend its territory.”

Sir Richard stressed the importance of not underestimating how serious Mr Putin was in his aims.

He said: “The Russians don’t hang around. They’ll look to establish overwhelming force so we have to assume the worst. There will be multiple attacks from different axes. This is a full blown military offensive to occupy Ukraine.

“There is no surprise and there is profound sadness and a sense of appalling horror at what is about to unfold for the people of Ukraine.

“And I think we have to assume that this is not Russia biting off a chunk of Ukraine – for example, establishing a land corridor in Crimea.”

He said: “You only have to listen to what Putin has been saying since 2014. The most appropriate security settlement for Europe is a new Yalta. He sees Russia dominating eastern Europe as the Soviet Union did in communist time.

“This has been on the cards for some time – but the people who should have been listening have been ignoring it.”