RIO DE JANEIRO (Reuters) – Constanza Coll had planned to give up her full-time home aboard a sailboat, currently traveling along the Brazilian coast, in time to give birth to her second child in a public hospital in her native Argentina. 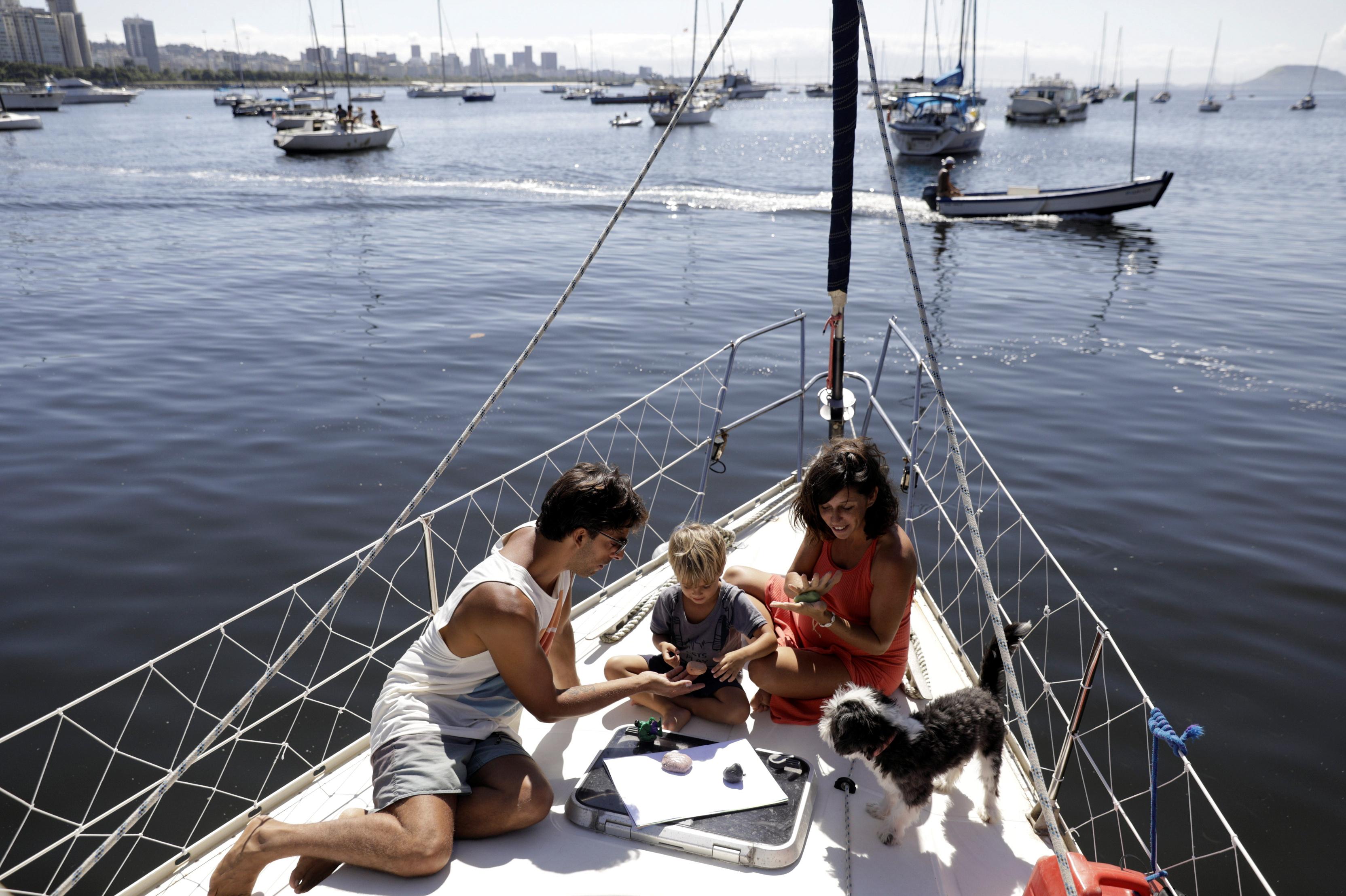 But occasionally, the 34-year-old had considered instead giving birth in a Brazilian hospital and avoiding the trip.

Coronavirus ended up making a decision for her. Lockdowns spread throughout Latin America in March, when Coll found herself near the coast of Rio de Janeiro with her husband and young son. There was no way to go back to Argentina once the nation shut down its borders. And Coll is due to give birth later this month.

“We decided in this context to do it in a private hospital that so far does not have any cases,” Coll told Reuters from her boat, referring to the coronavirus. “We’ve decided to make this investment, break open the piggy bank.”

Her lifestyle is popular on Instagram, where her family account called the yellow boat (@el_barco_amarillo) has amassed over 60,000 followers. During normal times, they sailed nonstop living off the income they made from renting beds in their boat to their social media followers.

Coll hopes travel restrictions will be lifted by October so they can start earning income again. But for now, they feel safer in their boat than trying to rent out an apartment in the city.

“The virus is inland. It’s not in the ocean,” said Coll’s husband Juan Manuel Dordal, 35. “In a way, we feel we have to take care of ourselves when we leave the boat, not when we are on it.”

Their son just turned four and was going to start going to school, but the coronavirus restrictions got in the way.

Still, Coll is upbeat about the future.

“We had a very good season,” Coll said, referring to the income they were able to generate from the boat. Summer in Brazil, located in the Southern Hemisphere, is opposite the Northern Hemisphere.

“There are coincidences that are just beautiful, and the money we made is exactly what we needed to pay for the birth.”