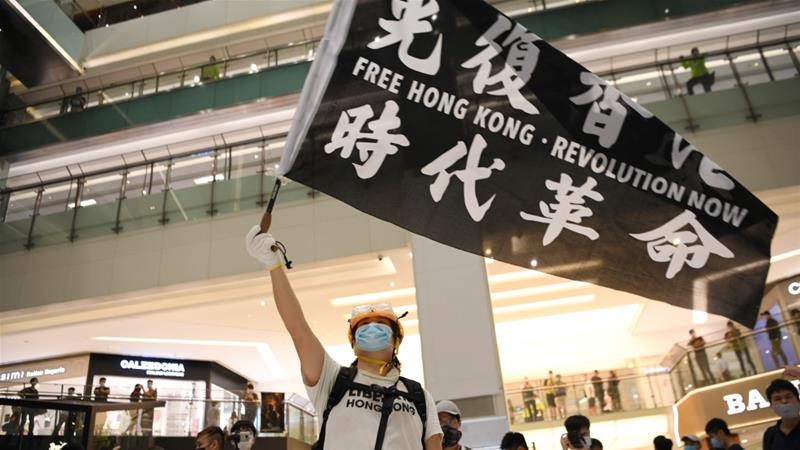 Hong Kong’s leader has defended China’s plans to grant her the authority to appoint judges in cases brought under a new national security law, amid growing concerns that the provision would erode the semi-autonomous city’s vaunted judicial independence.

Carrie Lam’s comments on Tuesday came as the European Union warned China it would face “very negative consequences” if it presses ahead with the legislation banning what Beijing termed secession, subversion, terrorism and collusion with foreign forces in Hong Kong.

The law is being drafted by the Standing Committee of China’s National People’s Congress, the country’s top legislative body, and local media say the legislation could be passed by the end of June.

The draft law has not been made public, but Chinese state media on Saturday said the law includes provisions for Beijing to set up a national security office in Hong Kong to collect intelligence and handle crimes against national security and empowers the city’s chief executive to appoint judges to hear such cases.

It also authorises Beijing to “exercise jurisdiction over a tiny number of criminal cases that jeopardize national security,” according to the official Xinhua news agency.

The reports prompted a backlash, with Andrew Li, Hong Kong’s former chief justice, saying granting the chief executive the authority to select judges to deal with national security laws “would be detrimental to the independence of the judiciary”.

In a statement published in local media ahead of Lam’s weekly press briefing, Li said: “The independent judiciary should decide on the judges who would hear these cases without any interference from the executive authorities.”

He added: “If this view is not acceptable, then the arrangement should at least provide that the chief executive’s selection of these judges must be based on the recommendation of the chief justice or that of the Judicial Officers Recommendation Commission. This would ensure that the choice will be made on a professional and independent basis.”

In response, Lam defended the chief executive’s right to designate judges overseeing national security cases, but told reporters she would appoint that panel from the existing pool of judges, who are currently selected by an independent body called the Judicial Officers Recommendation Commission.

She also said it was “only natural” that she consult Hong Kong’s chief justice when compiling that panel, adding that she would not handpick judges to oversee specific cases. Instead, the judiciary would be responsible for allocating judges to national security cases from her list, she said.

“I must consult the chief justice, but this cannot change the way the law is written – that [judges] are appointed by the chief executive,” she said.

“When one day there is national security cases, the responsibility to assign which judge on that list to handle a case still lies on the judiciary of Hong Kong. The Executive is not responsible for that.” 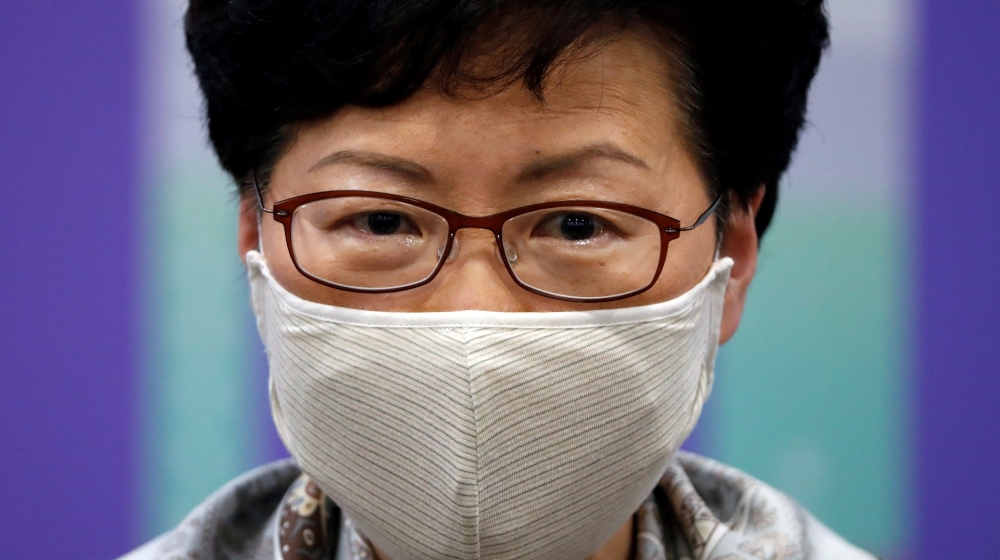 Lam also rejected calls from pro-Beijing politicians to appoint only Chinese judges to the panel, while reiterating that the Chinese-drafted legislation would not impact the city’s freedoms.

Hong Kong is governed under a “one country, two systems” framework, established when Britain handed the city back to China in 1997. It guarantees the city extensive autonomy as well as freedoms unknown in mainland China.

The city’s common-law-based legal system is widely seen as the bedrock of that formula, and critics fear China’s new security law would erode Hong Kong’s autonomy and undermine its status as an international financial hub. But after last year’s huge and sometimes violent pro-democracy protests, China says the new law is needed to end unrest and restore stability.

Beijing and Hong Kong officials also stress that the law strengthens the governance formula and would only target a small number of “troublemakers” while leaving rights and freedoms intact.

Emily Lau, a member of Hong Kong’s Democratic Party, dismissed those claims as “ridiculous” in an interview with Al Jazeera.

“No one in Hong Kong, including Carrie Lam, has seen the bill,” she said. “If you are going to pass a law on Hong Kong, I think common decency would mean that the Hong Kong people should be consulted and be allowed to express their views. But they say the draft law is a secret so no one can see it. So, without seeing it, how can Carrie Lam come out and fool everybody by saying ‘Oh, don’t worry, human rights will be protected. The independence of the judiciary will be intact,’ I think that’s nonsense.”

Lau, a former member of Hong Kong’s legislature, said she was “very worried” over provisions that allow Beijing jurisdiction in specific cases.

That meant “people who are charged with offences could be sent to mainland China for trial,” she said, adding: “So they would not get protection of the Hong Kong legal system.”

The United States, United Kingdom and Canada have also criticised the new law, and the EU on Monday added to that chorus of concern.

“We called on China to follow the promises made to the people of Hong Kong and the international community regarding Hong Kong’s high degree of autonomy and guaranteed freedoms,” Michel told reporters after their talks.

In response to the EU comments, China’s foreign ministry said on Tuesday that matters relating to Hong Kong were a “domestic affair”.

“We oppose any foreign interference in this matter,” ministry spokesman Wang Lutong told reporters at a briefing, saying that Chinese leaders had “expressed our position” at the video summit.