Hong Kong’s pro-democracy Apple Daily has announced its closure after police froze £1.65m in assets linked to the newspaper.

Police cited more than 30 articles published by the paper as evidence of an alleged conspiracy to impose foreign sanctions on Hong Kong and China and arrested five editors and executives.

In a statement, the paper’s publisher, Next Digital, said its print and online editions will cease no later than Saturday due to “the current circumstances prevailing in Hong Kong”. 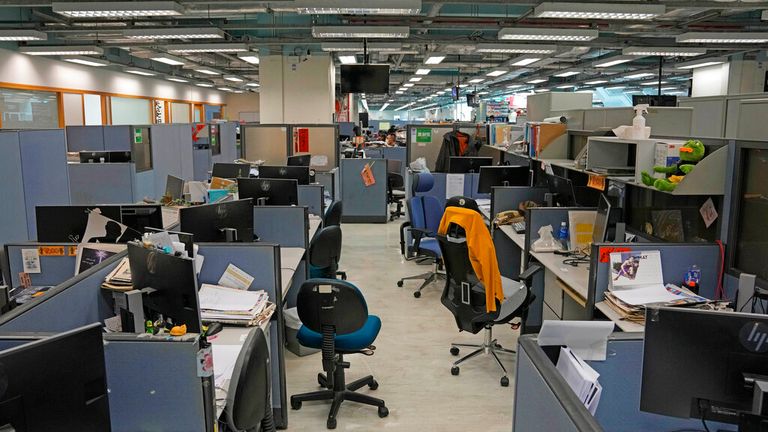 But it was the freezing of assets that prompted the 26-year-old tabloid’s abrupt closure, which has escalated alarm over media freedom and other rights in the China-ruled city.

The paper, which employs around 600 people, could publish its last edition as soon as Thursday, Cable TV and Now TV are reporting.

It comes as more than 100 people have been arrested under Hong Kong’s new national security law, including prominent pro-democracy activists and Apple Daily’s publisher Jimmy Lai.

The police operation against Apple Daily has been criticised by the UK, US and EU, which argue that Hong Kong and Chinese authorities are targeting the city’s promised freedoms since the former British colony was returned to the control of Beijing in 1997.

Chinese and Hong Kong officials say that press freedom cannot be used as a “shield” for illegal activities and that the media must abide by the law. 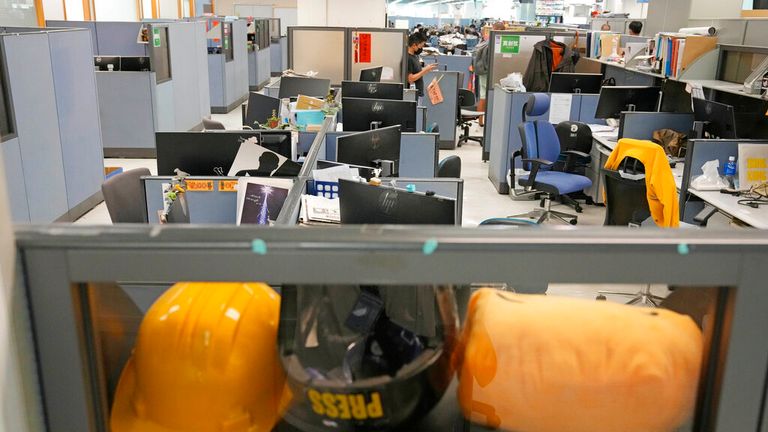 Last week, police froze assets of companies linked to Apple Daily and arrested five executives. On Wednesday, officers
arrested a columnist on suspicion of conspiring to collude with a foreign country or foreign forces.

Authorities claim that dozens of Apple Daily articles may have violated the security law, but rights groups and other media organisations have condemned last week’s raid of the Apple Daily newsroom by around 500 officers, as well as the seizure of journalistic materials.

Hong Kong leader Carrie Lam said on Tuesday that criticism of the raid and subsequent arrests lead to attempts to “beautify” acts that endangered national security. 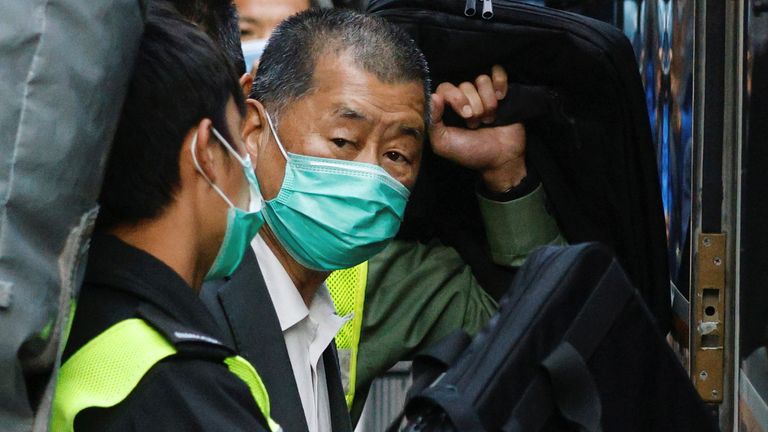 A senior executive at Next Digital said a lead writer for editorials and a reporter had been arrested, but did not identify them.

Apple Daily has come under increasing pressure since its tycoon owner, Lai, a staunch Beijing critic, was arrested last year and is already serving a prison sentence for taking part in unauthorised assemblies.

An adviser to Lai said on Monday that Apple Daily would be forced to shut “in a matter of days.”