HONG KONG (Reuters) – Hong Kong’s police watchdog called on Friday for a review of guidelines on the use of tear gas and training for officers in public order policing, in a long-awaited report that some democracy lawmakers decried as “superficial”. 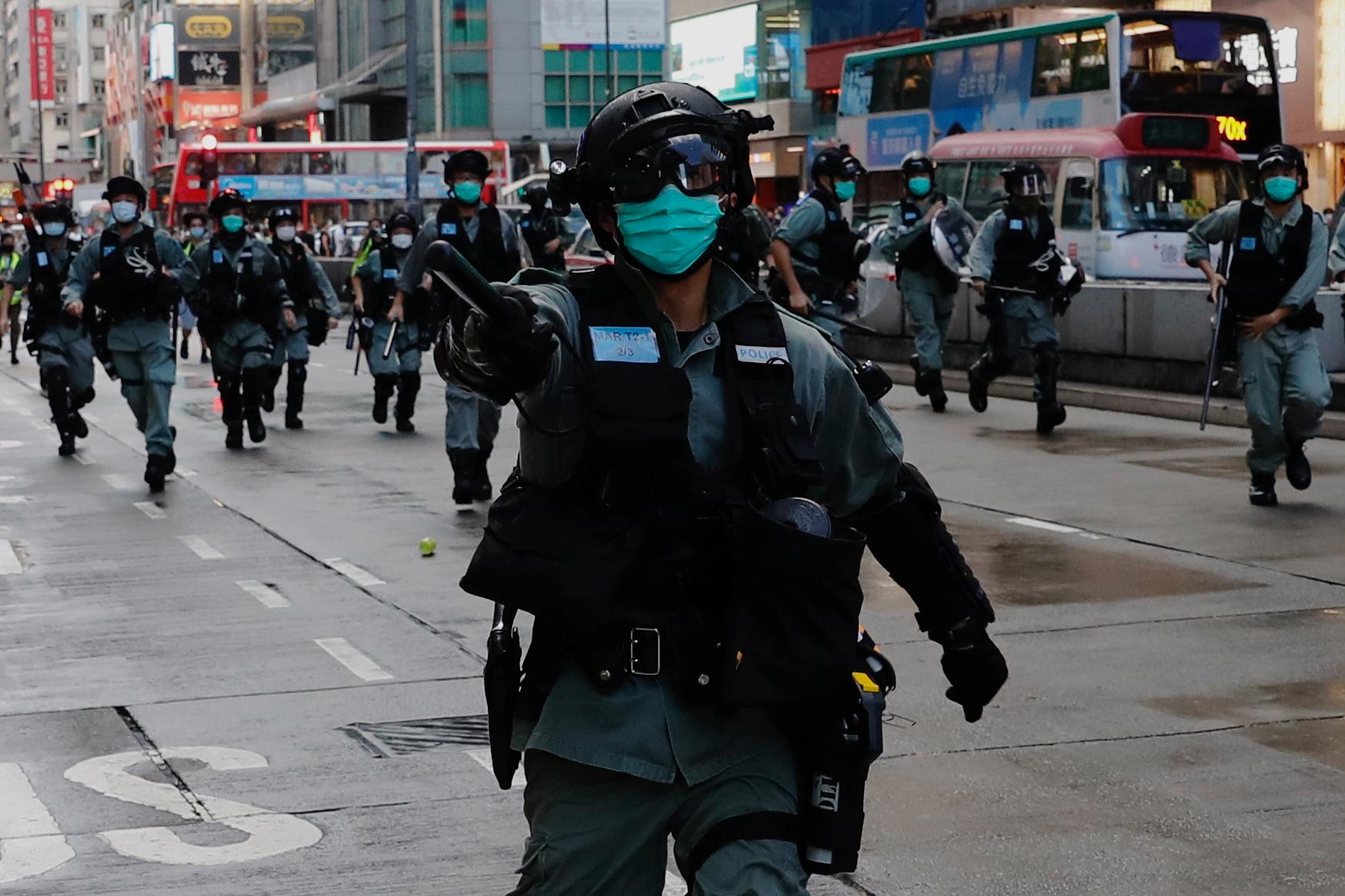 Relations between the police and public have plummeted during months of anti-government unrest, with allegations that officers used excessive force against demonstrators, and ordinary people often emerged on the sidelines of protests to hurl abuse at police.

In its 999-page report, the Independent Police Complaints Council (IPCC) studied officers’ behaviour in the months after June 2019, when sometimes violent protests brought parts of the city to a standstill and plunged it into its biggest political crisis in decades.

The IPCC said that while it didn’t tackle the individual accountability of officers, the police acted within guidelines although there was room for improvement.

And it said accusations of police brutality must not be used as “a weapon of political protest”, adding it was a “legal and not a political matter”, in an apparent response to the pro-democracy protesters calls for an independent inquiry.

In comments on one of the most controversial episodes, the IPCC said it did not find evidence of police collusion with gang members during a mob attack on July 21 in Yuen Long district.

The report, however, did identify deficiencies in police deployment and other actions during the incident, in which a mob of white-shirted men beat up black-shirted anti-government protesters and ordinary people with sticks and poles.

The Yuen Long attack fuelled more protests and intensified a backlash against police who some accused of deliberately responding slowly to the mob violence.

Opposition lawmaker Kenneth Leung, a former member of the IPCC said the report failed to satisfy the demands of the public for an independent commission of inquiry.

“Many of these recommendations are really piecemeal, superficial and general,” Leung said.

“They cannot just rely on the IPCC report alone to pretend that all these issues have been dealt with and settled.”

Many protesters are furious about what they saw as police brutality and the arrest of more than 8,000 people. Rights groups including Amnesty International have accused police of a disproportionate use of force and other abuses in handling the pro-democracy demonstrations.

“This report has eliminated what little credibility is left of the IPCC.”

The long-awaited report said the former British colony appeared to be getting dragged into an “era of terrorism,” echoing recent comments by senior Hong Kong and Beijing authorities.

Police have repeatedly said they were reactive and exercised restraint in the face of high levels of violence.

In some of the most intense clashes during the months of unrest, protesters, many clad in black and wearing masks, threw petrol bombs at police and central government offices, stormed the Legislative Council, trashed metro stations and blocked roads.

Police responded with tear gas, water cannons, rubber bullets and several live rounds fired in the air, in many cases warning the crowds beforehand with a series of different coloured signal banners.

On the force’s handling of protests on July 1, when protesters stormed the Legislative Council, the IPCC said the police could have prevented the break-in by erecting stronger barriers.

The outbreak of the novel coronavirus and strict rules to curb its spread brought a lull in anti-government protests this year but the movement is gearing up again as the city’s efforts to curb the spread of the disease appear to be working.

The protests started as a campaign against a now-shelved extradition bill that would have allowed criminal suspects to be sent to mainland China for trial but evolved into broader calls for greater democracy and an independent enquiry into police action, separate from the IPCC’s.

Resisting those calls, embattled Hong Kong leader Carrie Lam has insisted that the IPCC was capable of conducting an unbiased investigation.

Members of the IPCC, which is tasked with reviewing the work of the Complaints Against Police Office, an internal police department, are appointed by Lam.

The credibility of the review was dealt a blow in December when a panel of five foreign experts quit from advisory roles to the watchdog because of doubts about its “independent investigative capability”.

Police handling of protests came under fresh scrutiny at the weekend when officers pepper-sprayed journalists and made some kneel in a cordoned-off area. In a rare move, the police chief said on Tuesday his officers should have acted more professionally in dealing with the media.