US Senators Ted Cruz, Marco Rubio, Tom Cotton and Josh Hawley among those targeted amid row over Hong Kong crackdown. 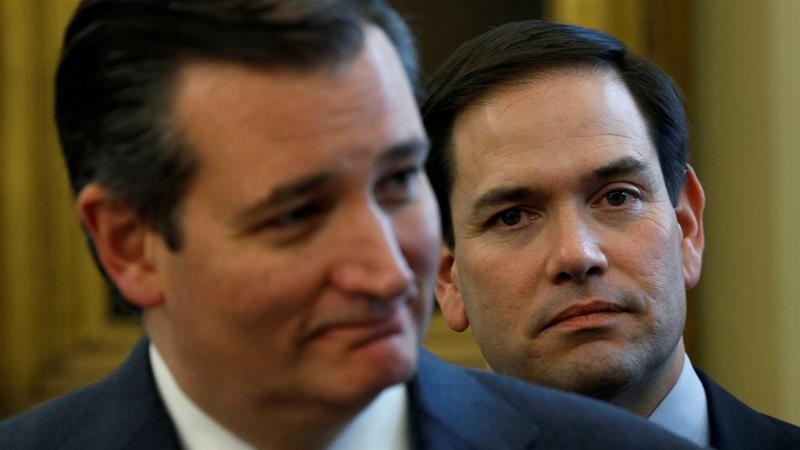 Among those targeted on Monday were US Senators Ted Cruz, Marco Rubio, Tom Cotton, Josh Hawley and Pat Toomey and Representative Chris Smith, as well as individuals at non-profit and rights groups.

“In response to that wrong US behaviour, China has decided to impose sanctions on individuals who have behaved egregiously on Hong Kong-related issues,” Chinese foreign ministry spokesman Zhao Lijian told a regular press briefing.

He did not specify what the sanctions entail.

“Last month #China banned me. Today they sanctioned me. I don’t want to be paranoid but I am starting to think they don’t like me,” Rubio posted on Twitter.