HONG KONG (Reuters) – The Hong Kong government and China’s foreign ministry branch in the city hit back on Friday at a report by Britain criticising Beijing’s plans for national security legislation, saying it was “biased” and intervened in internal affairs. 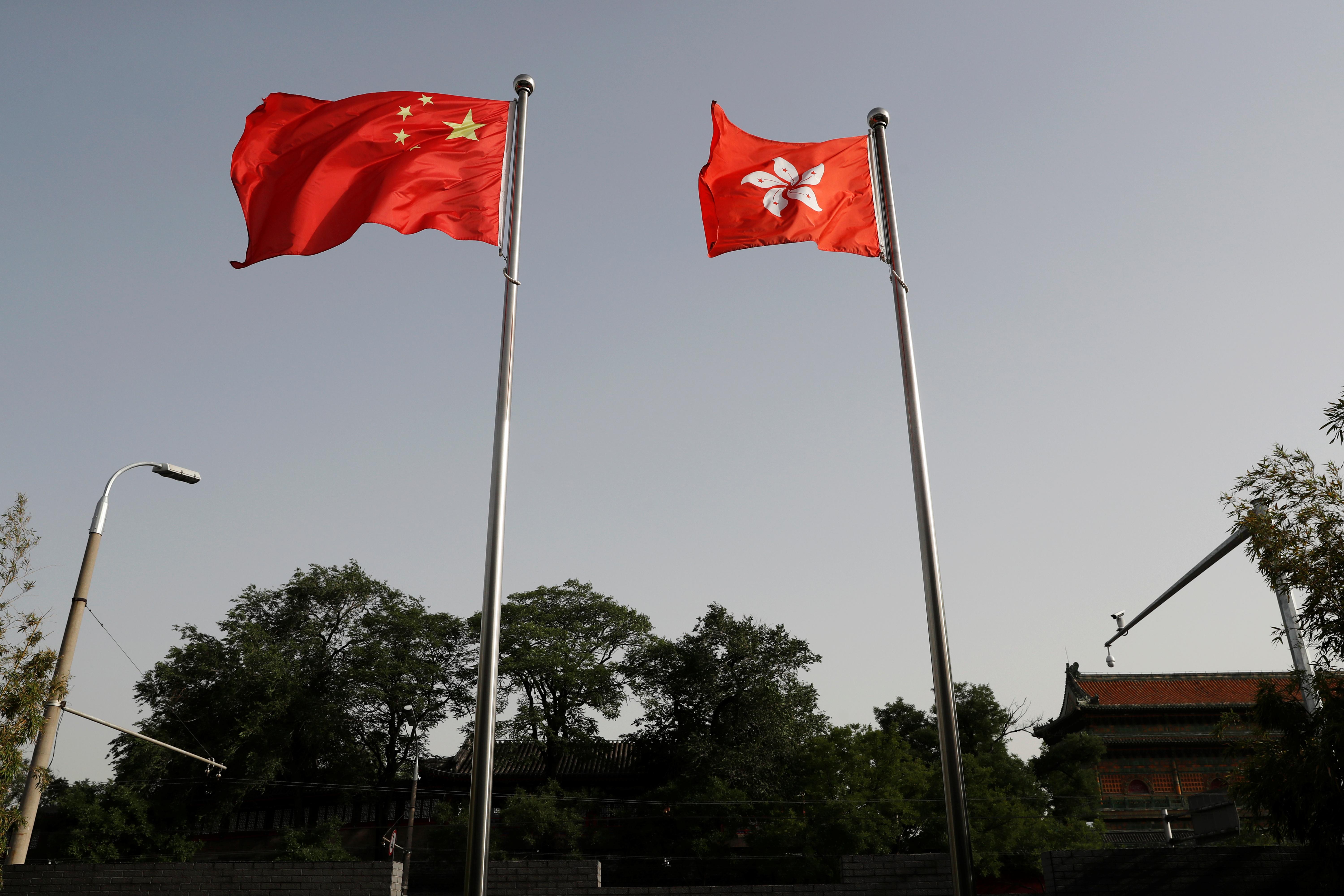 The British government said the proposed legislation was a clear violation of China’s international obligations and a breach of the “one country, two systems” formula that has governed the former British colony since its handover in 1997.

British Foreign Minister Dominic Raab said a solution to the year-long unrest in the Chinese-ruled city, which has been marked by sometimes violent clashes between protesters and police, must come from Hong Kong, not from Beijing.

The Commissioner of China’s Ministry of Foreign Affairs in Hong Kong said Britain “seriously trampled on the principles of international law including non-interference in other countries’ internal affairs.”

In a typically strongly-worded statement, it told Britain “Hong Kong returned 23 years ago” and that it should stop “distorting facts” as it had no sovereignty or power of supervision over the territory.

Local and Beijing authorities have insisted the legislation will focus on small numbers of “troublemakers” who pose a national security threat and will not curb freedoms or hurt investors.

The exchange over the legislation, expected to be implemented by September, came as Hong Kong marked the anniversary of a major turning point in the city’s pro-democracy movement.

On June 12 last year, police fired tear gas and rubber bullets at protesters rallying against a proposed bill that would have allowed extraditions to mainland China.

It was the first such response from police, who have argued the use of “minimum” force was necessary to restore law and order, a move that radicalised many moderates in Hong Kong.

While the bill was later withdrawn, the movement evolved into broader appeals for democracy amid fears Beijing was tightening its grip.

Rallies marking last year’s pivotal moments are planned for later on Friday. Police urged people not to gather, citing illegal assembly laws and coronavirus risks, saying it “will not tolerate any illegal or violent behaviour.”

A student group and several labour unions postponed this Sunday’s vote on whether to hold a wide-scale strike to June 20, citing a storm forecast.

China’s Hong Kong Liaison Office, which serves as a platform for Beijing to project its influence in the city, said schools should “immediately discourage” such activity. It blamed political groups “with ulterior motives” for “shocking chaos in Hong Kong education.”

Students have played a major role in the protests, culminating in the occupation of a university campus, which led to a weeks-long standoff with the police in some of last year’s most violent scenes.

The liaison office added that “on the issue of cultivating qualified nationals and emphasising national feelings, there is only ‘one country’ and no ‘two systems’.”

The student group responded, saying it would not “concede to bullying.”

Diplomats, lawyers and business leaders fear national security motives will be used to curb academic, media and other freedoms in Hong Kong. 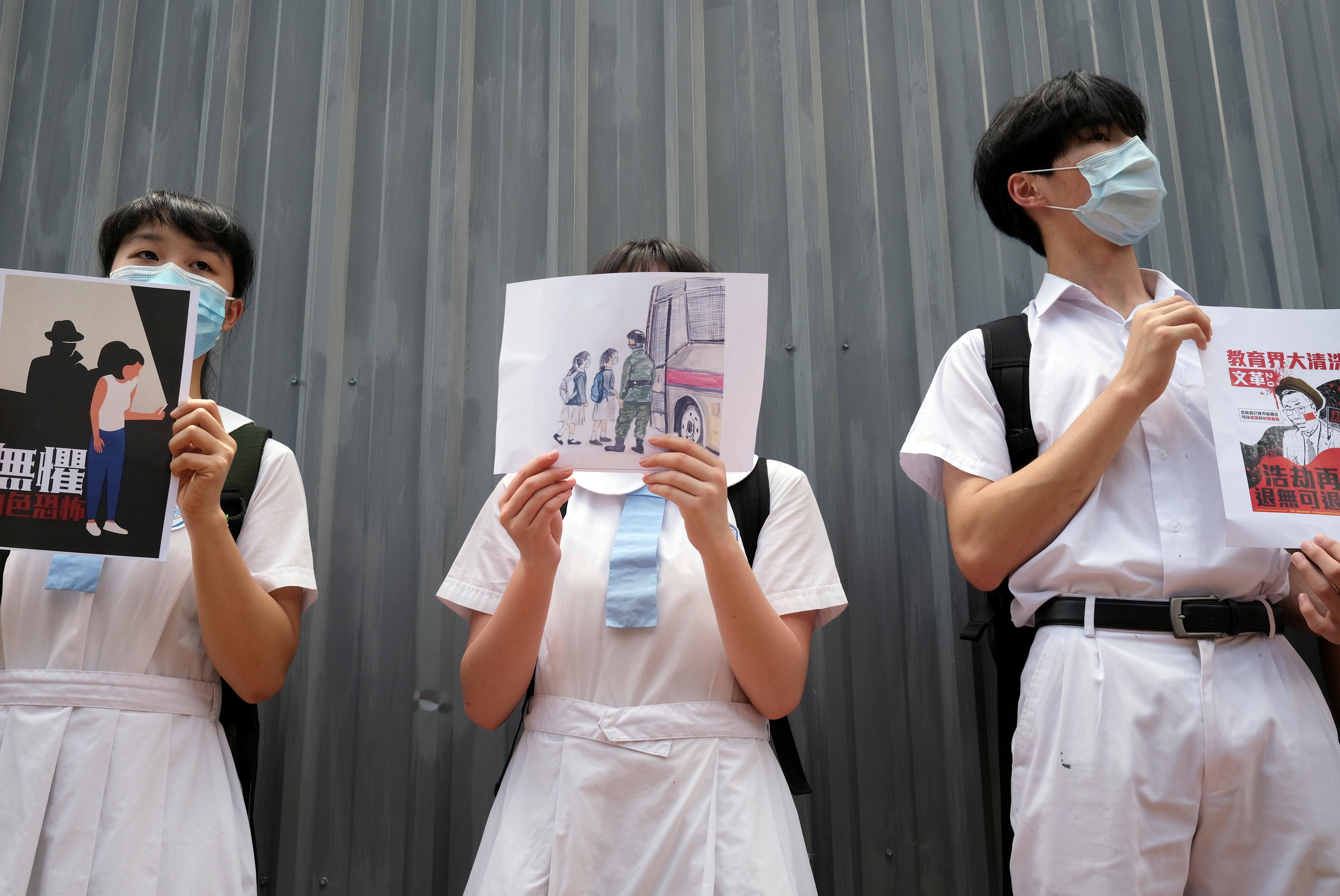 Britain has been joined by the United States and others in criticising the proposed legislation.

U.S. Secretary of State Mike Pompeo has singled out HSBC as one of the major companies backing the law, saying “corporate kowtows” got little in return from Beijing and criticising the Chinese Communist Party’s “coercive bullying tactics.”

U.S. Treasury Secretary Steven Mnuchin said on Thursday he was working on measures that could restrict capital flows through the territory.