Prince Harry has once again fallen victim to cruel claims Prince Charles is not his real dad after trolls on social media slammed the Duke of Sussex.

The rumours have been fuelled by the fact he and Hewitt have ginger hair, prompting comparison pictures of the pair, who coincidentally look alike.

Now Good Morning Britain viewers have dragged up the claims following a discussion with Piers Morgan and Susanna Reid about whether he and wife Meghan Markle should be stripped of their Duke and Duchess of Sussex titles.

Responding to footage of the discussion, one social media user posted a picture of Hewitt and Prince Harry side by side.

Alongside the snap, the user said: "James Hewitt’s son shouldn’t have a title anyway."

The Twitter user followed the post up with a shrug emoji as several joined in on the discussion.

Backing Harry, one said: "He’s Philip’s double, apart from the hair colour he looks nothing like Hewitt!"

The user fired back: "So you’re saying he’s Philip’s son?! Wow, and I thought I was being controversial!"

Referencing Hewitt, another user said: "My advice to Prince Harry, have a chat with your father if you want to come home but if he is not available call Prince Charles. #Hewitt."

A third said: "Harry and Meghan debate – the Queens grandson!

"But is he? I think he is James Hewitt’s son and Charles’ stepson.

"What happens behind closed doors includes the many royal households."

James Hewitt has strongly denied the claims and went as far as to render the claim impossible as he said he didn’t meet Princess Diana until after Prince Harry was born.

The fresh taunts come as Meghan Markle and Prince Harry face criticism for their involvement in the upcoming United States election.

It has been argued the Duke and Duchess of Sussex broke Royal protocol by urging American’s to vote and should be stripped of their title for doing so.

Meghan and Prince Harry were front and centre of a Time 100 video last week, where Meghan called on people to "reject hate speech, misinformation and online negativity" ahead of the "most important election" of our time.

The Duke and Duchess’ comments have been widely interpreted to be a swipe at US president Donald Trump, who has been criticised throughout his presidency.

Senior aides have even reportedly claimed Prince Harry and Meghan “violated” the terms of the Queen’s Megxit deal as royal family members are expected to remain politically neutral.

According to The Sunday Times, royal aides have said speaking up may have broken the promise made to the Queen, and "violated" the agreement.

A source told the paper: "The royal family are all wringing their hands, thinking: where is this going and does this abide by the deal to uphold the values of the Queen?

"The feeling is it's a violation of the agreement." 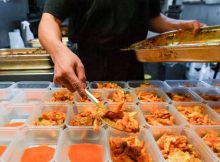