MADRID (Reuters) – Hairdressers, ironmongers and other shops tentatively opened for business on Monday as Spain began a four-phase plan to reopen the country by the end of June, while the 24-hour death tally from coronavirus stayed under 200 for the second day in a row. 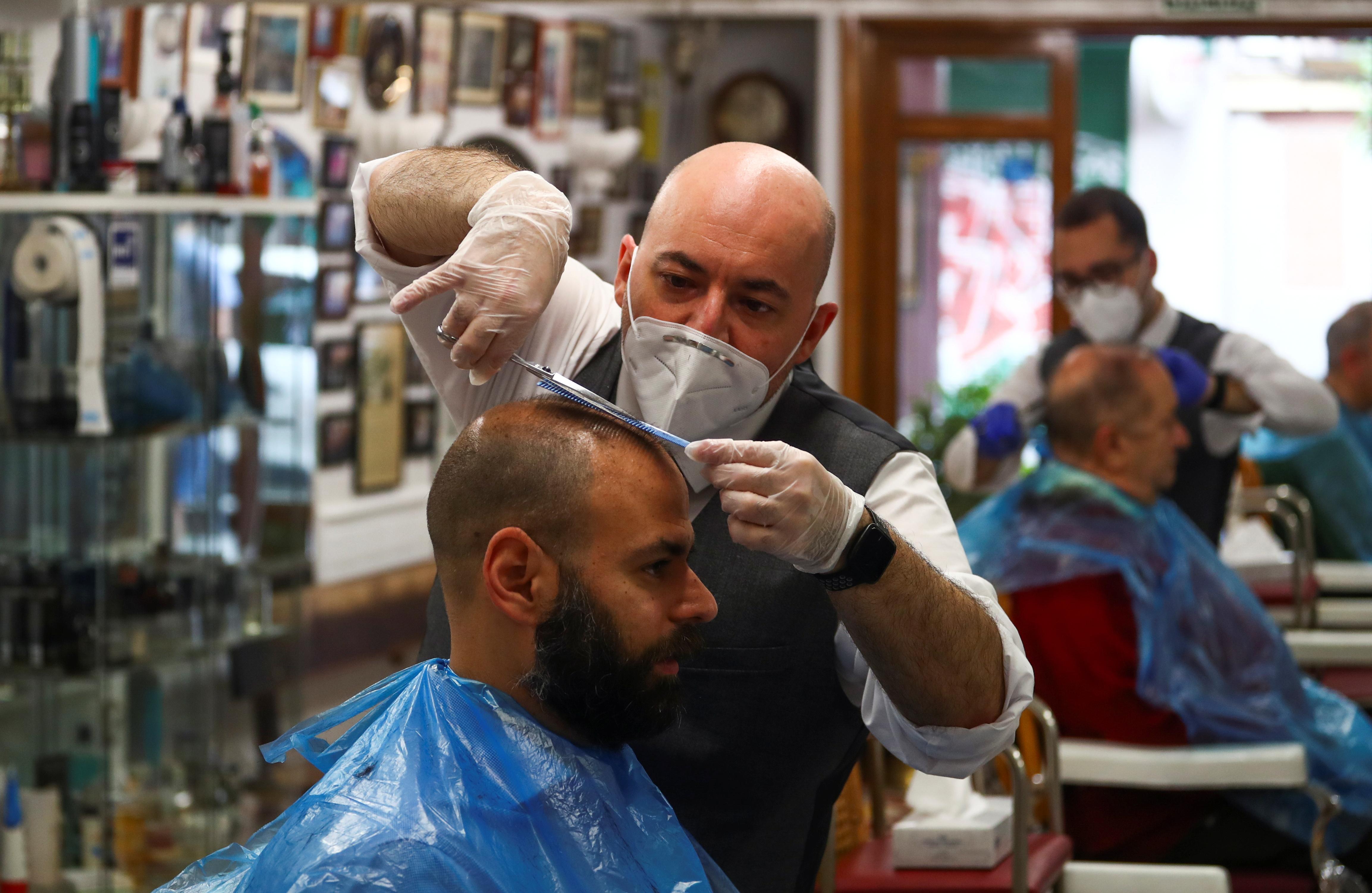 Red Cross workers handed out masks at Madrid’s metro stations as such wearing such protection on pubic transport became mandatory as of Monday. Passengers crossing from the holiday islands of Ibiza to Formentera were tested for the virus before boarding.

Prime Minister Pedro Sanchez said on Saturday that six million masks were due to be distributed in Spain, one of the nations worst hit by the global pandemic.

The death toll climbed by 164 in the previous 24 hours to 25,428 and cases reached 218,011, according to health ministry data on Monday. However, in a sign of how the rate of infection is abating, several regions registered no new cases.

Although the figures were positive the long May holiday weekend may have led to delays in data notification, chief health emergency officer Fernando Simon said, warning against complacency.

In central Madrid, hardware-store owner Jorge Garcia stuck posters explaining the new regulations to his windows before reopening for the first time in 50 days.

“We are starting to get going little by little,” he said as he fixed black-and-yellow caution tape across his doorway and set out bottles of hand sanitizer for his customers.

Other businesses such as beauty parlours and bookstores, and restaurants for take-away orders only were allowed to reopen on Monday.

In the next stage, outdoor areas of bars and restaurants can open at half occupancy, while groups of up to 10 people will be allowed in public places and in homes.

Three of the Canary Islands – La Gomera, El Hierro and La Graciosa – and the Balearic island of Formentera which have had no new COVID-19 cases in 28 days entered this second phase on Monday and opened outdoor terraces for bars.

“If we see it works and it is profitable we will keep opening,” said Juan Manuel Benitez, who opened his bar on the island of El Hierro on Monday.

“I have taken all the measures that the council has advised me to do with customers coming in one by one and sitting out on the terrace,” he said, adding that people were co-operating.

The rest of the country is set to enter phase one on May 11, if they meet the criteria established by the health ministry.

Over the weekend, people across Spain were allowed out of their homes for the first time in seven weeks as the government began easing tough restrictions. Joggers, cyclists and walkers took to the streets in droves and some beaches were packed.

Spain imposed a strict lockdown mid-March, confining most of the population to their homes for all but essential trips. 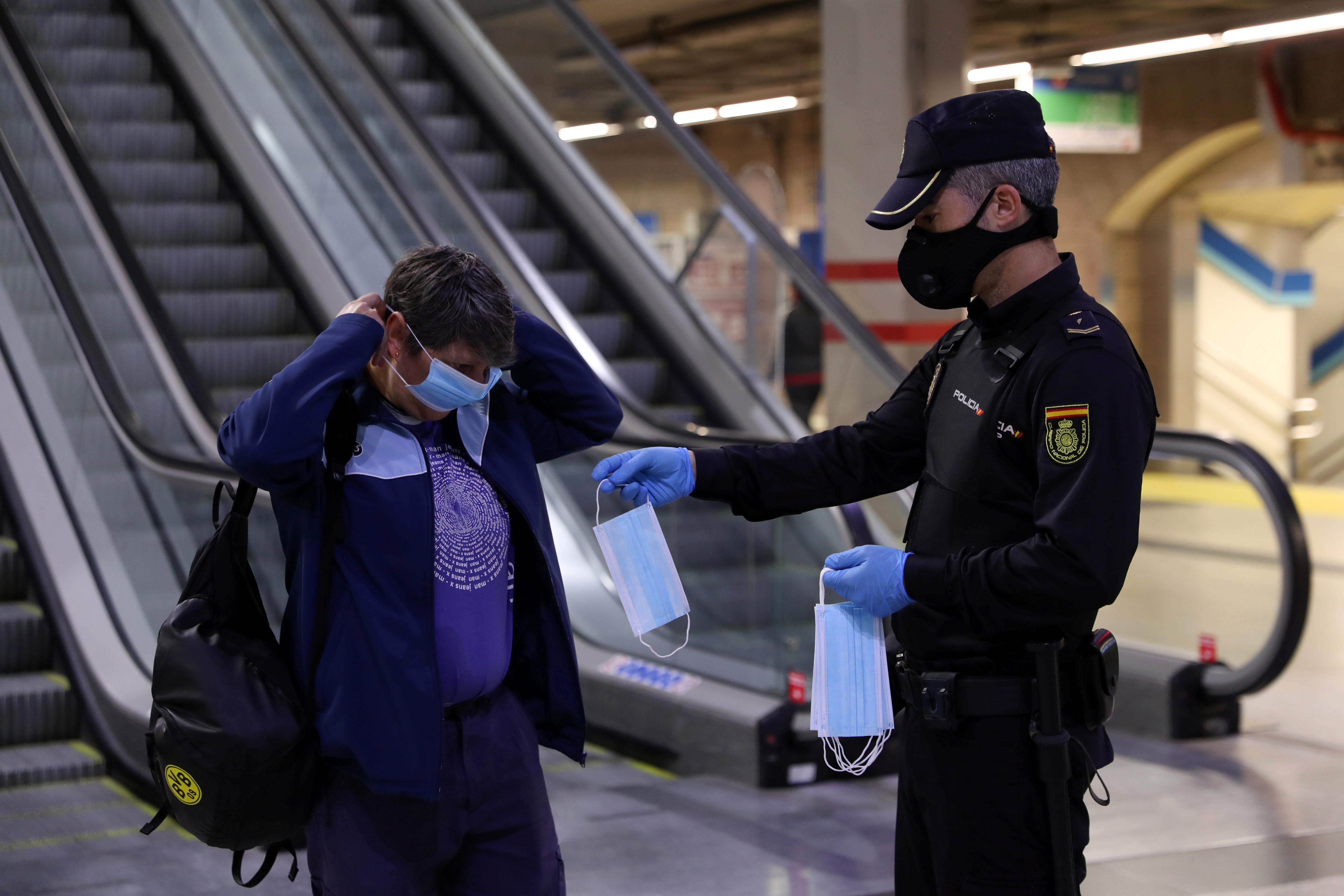 As the rate of infection has fallen and hospitals have regained their footing, Sanchez’s fragile coalition government has shifted its focus towards gradually reopening the country and reviving a badly battered economy.

The Bank of Spain on Monday said it expected a significantly sharper contraction of the economy in the second quarter from the first – already a quarterly record. On Friday, the government predicted the economy would shrink 9.2% this year.

Showing how Spaniards have kept their hands in their pockets as they hunkered down at home under the lockdown, new car sales practically evaporated in April, with new car registrations down 97% from the same month a year earlier, official data showed.