Ukrainian MP Oleksiy Goncharenko, speaking to TalkTV’s Julia Hartley-Brewer, expressed his gratitude to the UK for their additional £1 billion of support made on Wednesday, saying “God save the Queen!”. Mr Goncharenko then criticised Germany for offering minimal support that “cannot make a difference”, while saying it would be “absolutely great” if they would be more like the UK in the extent of their supplies to Ukraine.

Ms Hartley-Brewer asked: “What is your reaction to the extra £1 billion that Boris Johnson has announced overnight?”

Mr Goncharenko said: “God save the Queen and thank you to the United Kingdom, that’s my reaction.

“As always, the United Kingdom has shown leadership. Yesterday I spoke to Boris Johnson and Defence Secretary [Ben] Wallace and I can tell you that it is actually a great support.

“And really it shows leadership. It would be absolutely great if other countries would follow this leadership.

“But, unfortunately we hear announcements like, it was two days ago, the minister of defence for Germany. She said that ‘Yes, we will do it, we will support Ukraine with three more howitzers’. 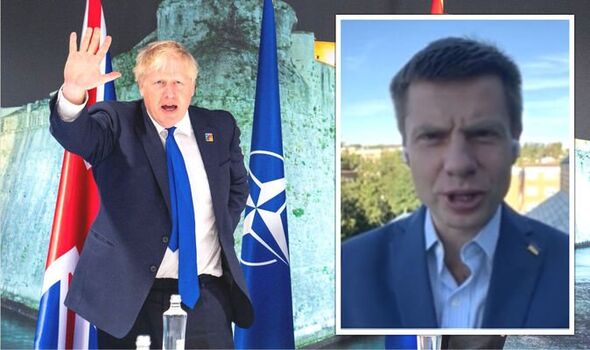 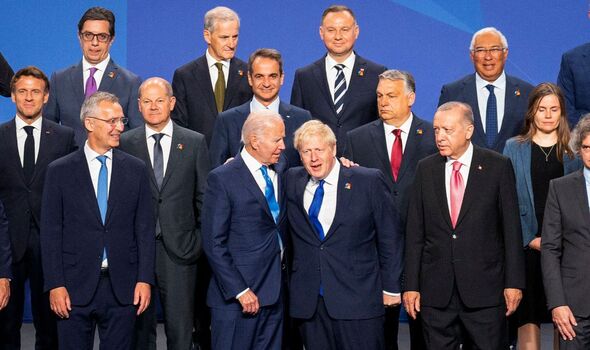 “I mean, yeah, we are very thankful – three is better than zero – but we have a 1,000-mile-long frontline. So, just imagine, three howitzers or even 33 cannot make a difference.”

“The question is when and with what casualties. This question is in the hands of those people gathered in Madrid [for the NATO summit].

“NATO is expanding, finally, there is a feel of this revolutionising. It’s in the air and it is really inspiring.

“The free world is uniting, which is absolutely fabulous, but I hope that the free world will be brave enough, brave like Ukraine, to take courageous steps and provide Ukraine with membership [to NATO].” 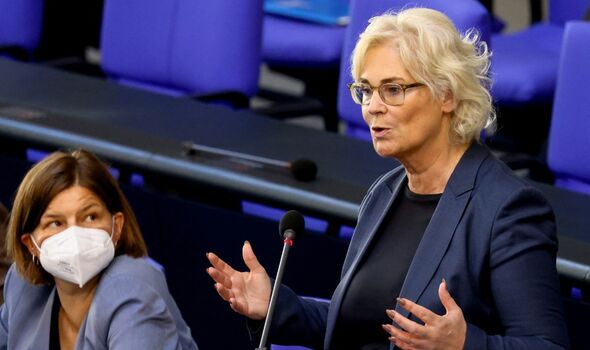 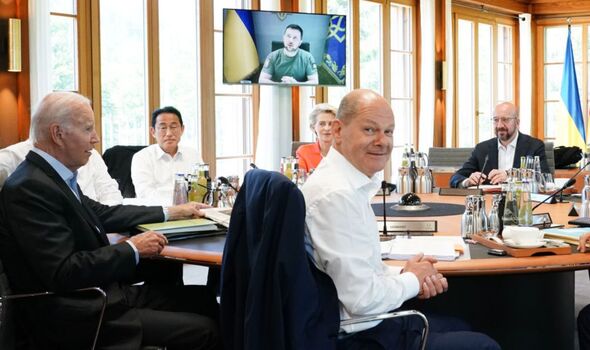 At the NATO summit in Madrid, which ends today, the UK promised further funding for capabilities including sophisticated air defence systems, drones and electronic warfare equipment.

British officials said the equipment represents the first step in enabling Ukraine to go beyond defence and carry out offensive operations against Russian ground forces to recover lost territory.

The new funding is a significant increase on the £1.3 billion of military assistance already provided, with Boris Johnson claiming British support was “transforming Ukraine’s defences” against the Russian onslaught. 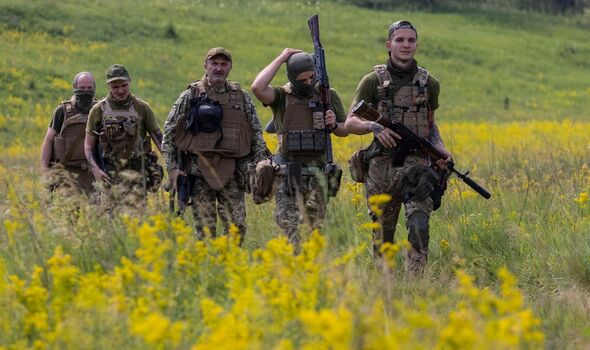 “As Putin fails to make the gains he had anticipated and hoped for and the futility of this war becomes clear to all, his attacks against the Ukrainian people are increasingly barbaric.

“UK weapons, equipment and training are transforming Ukraine’s defences against this onslaught.

“And we will continue to stand squarely behind the Ukrainian people to ensure Putin fails in Ukraine.”

The UK is counting its support for Ukraine within its defence spending, taking its commitment to around 2.3 percent of gross domestic product – a measure of the size of the economy.