JERUSALEM (Reuters) – Germany’s foreign minister on Wednesday expressed serious concern to Israel about its plans to annex parts of the occupied West Bank, but he stopped short of threatening sanctions. 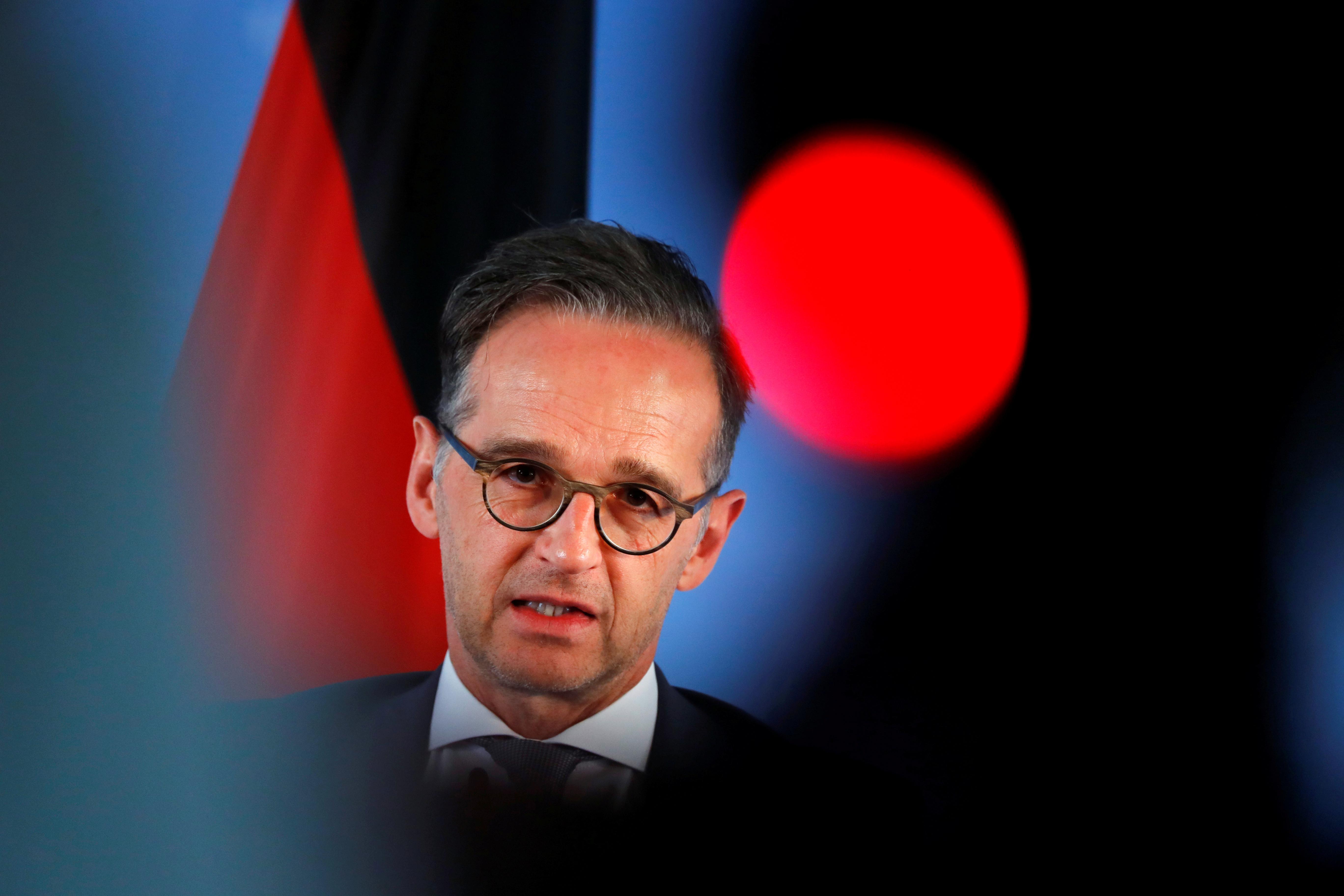 Minister Heiko Maas was speaking on a visit to Israel one month before Berlin assumes the European Union presidency, a role which gives it great influence in guiding EU policy.

Israel’s new unity government next month intends to begin discussing extending sovereignty to its settlements in occupied land that Palestinians claim for an envisaged independent state.

The plan has been criticised by Arab and European powers as likely to finish off long-moribund efforts to make peace between Israel and the Palestinians. Israel says annexation would be in keeping with a unilateral plan announced by U.S. President Donald Trump in January.

“I repeated here today the German position as well as our serious concerns as a special friend of Israel of the possible consequences of such a step,” Maas told reporters alongside his Israeli counterpart Gabi Ashkenazi.

Last September, Germany was one of five European nations to say that if the annexation plan was implemented, it would constitute a serious breach of international law. EU foreign policy chief Josep Borrell said in February that such a move would not go unchallenged.

Asked on Wednesday about possible sanctions against Israel by the EU, Maas said: “I did not set any price tags.”

Maas is the first senior foreign official to visit Israel since its new coalition government was sworn-in on May 17.

Israeli-Palestinian talks aimed at agreeing on a two-state solution broke down in 2014 and Palestinian leaders have boycotted the Trump administration over its perceived bias towards Israel.

They say their statehood goal is irreconcilable with Israeli territorial moves which would take chunks of land and leave fragmented, diminished areas for the Palestinians.

Washington’s proposal envisages a Palestinian state in up to 70% of the West Bank, but with overall Israeli security control.

His centrist Blue and White party joined Prime Minister Benjamin Netanyahu’s conservative Likud in a coalition in May and some of its ministers have expressed misgivings about a unilateral West Bank annexation.

But Ashkenazi played down any sense of intra-government feuding, saying the discussions had yet to begin in earnest.

“The (Trump) plan will be pursued responsibly, in full coordination with the United States, while maintaining Israel’s peace agreements and strategic interests,” he said.

Palestinian Foreign Minister Riyad al-Maliki on Wednesday called on countries to form an international front to isolate what he called “the Israeli colonial system”.

Speaking to a virtual meeting of the Organization of Islamic Cooperation, he urged countries to boycott Israel, ban its products, and impose economic and political sanctions.

Israel captured the West Bank and East Jerusalem in the West Bank in the 1967 Middle East war and most countries view the settlements on occupied land as illegal.