BERLIN (Reuters) – Germany’s economy minister urged its 16 federal states on Monday to go slowly in lifting coronavirus restrictions to avoid the outbreak spreading further and possibly force them to reintroduce another round of lockdown measures.

Under Germany’s decentralised political system, the states have the power to implement and rescind the social distancing measures on which the federal government is relying to limit the contagion of the virus. Chancellor Angela Merkel is resisting pressure from business groups to ease restrictions more rapidly.

Germany has had around 155,000 diagnosed cases of coronavirus, according to official figures published on Monday, but only 5,750 deaths, a far lower proportion of fatalities than Italy, Spain, France and Britain.

“As a person who believes in fact-based decisions, I recommend to all of us to proceed very carefully in order not to be forced into eventually rescinding easing measures,” Economy Minister Peter Altmaier, one of Merkel’s closest allies, told Deutschlandfunk radio on Monday.

Helge Braun, Merkel’s chief of staff, wrote in a letter to lawmakers of the ruling coalition seen by Reuters that Germany should be optimistic. He added: “In the interest of the entire population, to avoid overburdening the health system in the long-term, it’s too early to lift social distancing.”

The low death rate in Germany, Europe’s largest and most pivotal economy, is attributed in part to it having imposed a strict lockdown earlier than other countries relative to when the first case was detected.

Federal and state governments introduced the first lockdowns during the week beginning March 22, though the details and dates varied from state to state.

The Robert Koch Institute for Infectious Diseases said on Monday that confirmed cases of COVID-19, the lung disease caused by the new coronavirus, had risen by 1,018 to 155,193. On Sunday cases increased by 1,737 and on Saturday they rose by 2,055.

As the number of new infections has fallen, many businesses such as smaller stores or car dealerships have been allowed to reopen and some students are returning to schools.

But a government spokesman poured cold water on any hopes that Berlin could soon decide on further steps to ease restrictions.

A meeting of Merkel with premiers of the 16 states on Thursday will be too early to evaluate the effects of the current easing of coronavirus restrictions, the spokesman said.

An important date for decisions would be a meeting on May 6, the spokesman said. He pointed to the fact that the effects of looser restrictions will only be visible 10, 12 or even 14 days after their implementation.

Thomas Bareiss, the government’s tourism czar, said travel and holiday restrictions would be eased only gradually and that the government wanted to help travel agencies, hotels and other firms by enabling voucher solutions for already booked trips.

The current lockdown has cost Germany’s tourism industry about 24 billion euros ($26.04 billion) in March and April alone, according to the sector’s industry association, which wants immediate state aid for its smallest firms.

Markus Soeder, the premier of Bavaria, which has imposed some of the strictest social distancing measures, said his state was only taking small steps towards relaxing lockdown in order not to jeopardise early successes in fighting COVID-19.

Soeder told BR radio that 80% of the retail sector had reopened. “If it works out this week, we can think about a further easing,” he added. 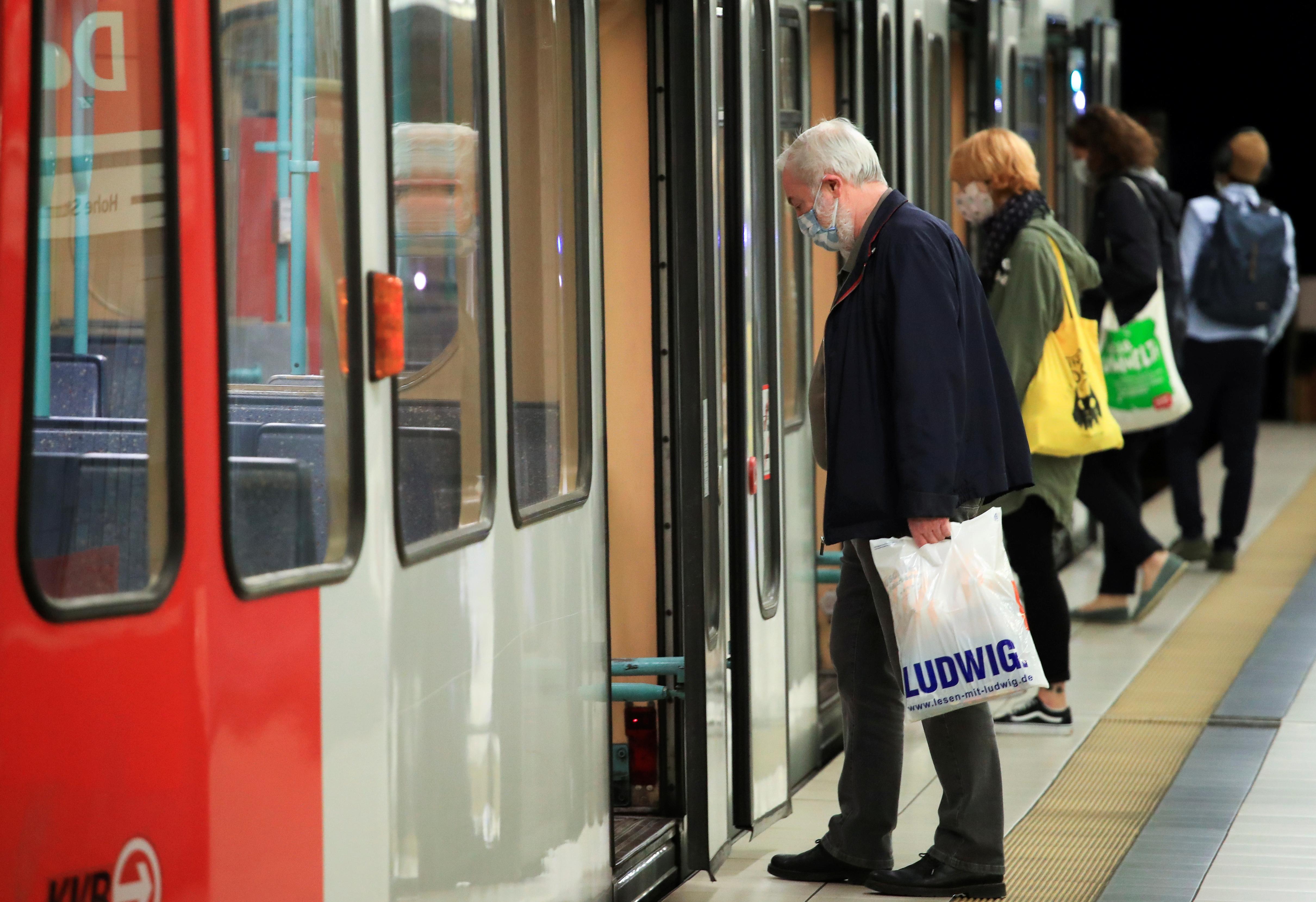 Braun said authorities needed to take into account that the extent of the coronavirus outbreak varied from region to region.

“This could mean that restrictions in certain regions have to be maintained or tightened up again after a period of easing,” said Braun.

He added that the federal government would monitor whether measures taken needed to be adjusted and that authorities would need to weigh which measures effectively stop the virus spreading and what social and economic costs they bring.