BERLIN (Reuters) – Strict social distancing measures have helped Germany to slightly slow the spread of the novel coronavirus, Chancellor Angela Merkel said on Thursday, giving cautious hope some of the restrictions could be eased after Easter. 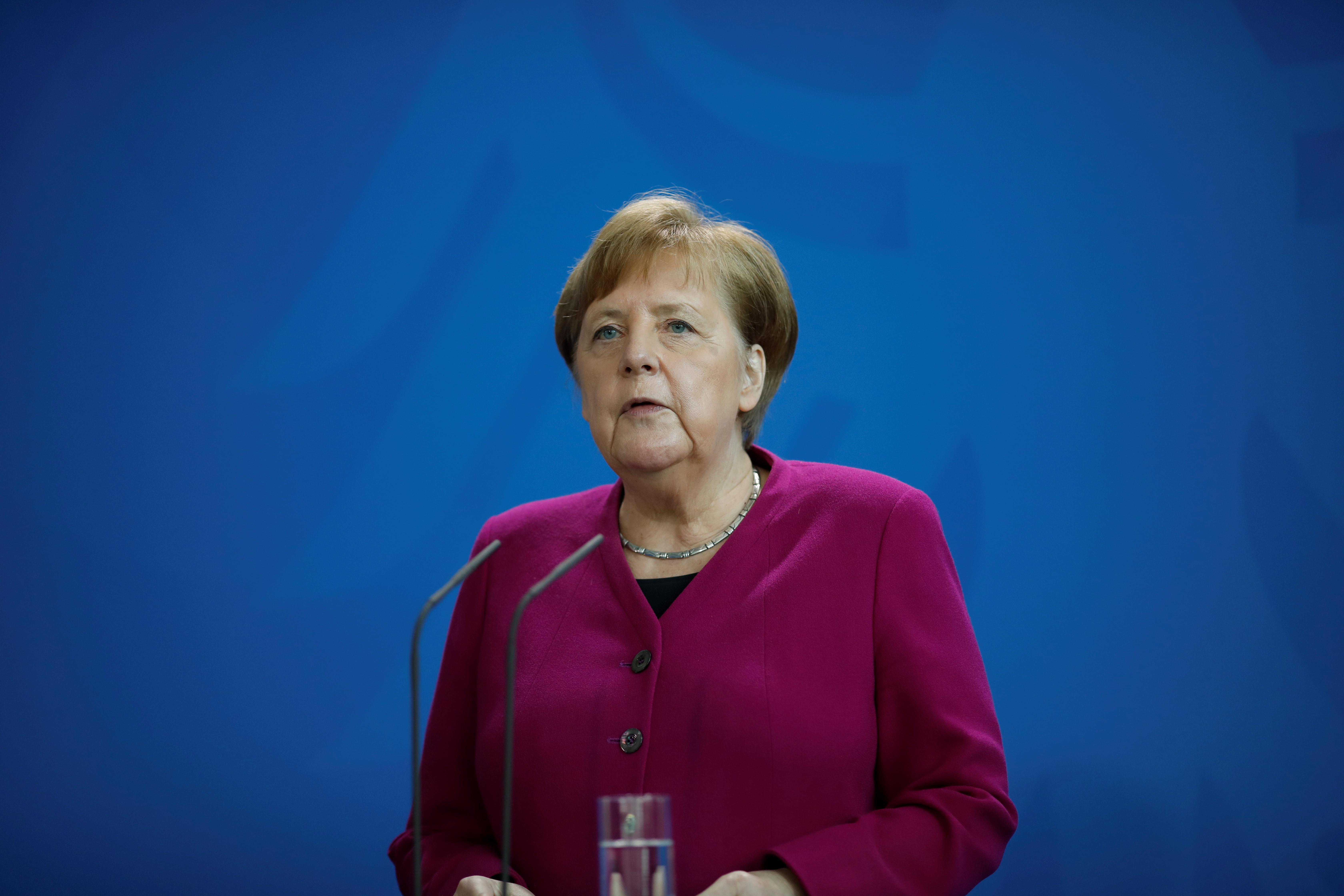 With almost 110,000 cases and 2,107 deaths, Germany has weathered the pandemic better than European neighbours such as Italy and France.

“I can say that the latest numbers on the spread of the virus give reason for cautious hope,” Merkel said. “The curve is flattening slightly. And the number of those infected is going slightly down. We can be very happy about that.”

Merkel said she was waiting for recommendations from the German National Academy of Sciences to be published on Monday before she weighs easing some of the movement restrictions and social distancing rules in place since around mid-March.

Merkel will discuss the recommendations with her cabinet on Tuesday and the next day she will hold a video conference with the governors of Germany’s 16 states to discuss a possible path out of the lockdown and how to manage the recession it is expected to cause.

“We are still not in a safe place. We must be happy that tougher restrictions may not be needed,” she added.

Merkel said lifting the restrictions, which will remain until April 19, too early could reverse the achievements so far.

Merkel’s conservatives have seen support rise in opinion polls as a majority of the German public approve of her calm approach to the crisis, her transparent communication strategy, and an unprecedented package to support the economy.

Still, some senior conservatives have demanded an open discussion about a plan to kickstart the economy.

Armin Laschet, conservative governor of Germany’s most populous state of North Rhine-Westphalia, said in an interview with business daily Handelsblatt that some sectors of the economy such as gastronomy and car dealerships should go back to business.

Merkel rejected demands by Italy for common euro zone bonds to mitigate the economic impact of the pandemic, but said Germany would back other instruments to help countries hard-hit by the crisis.

“Germany’s wellbeing depends on Europe being well. Now, which instruments are fit for this purpose, here there are different views,” she said. “You know that I don’t believe we should have common debt because of the situation of our political union and that’s why we reject this.”