MOSCOW (Reuters) – Diesel fuel from a major spill in Russia’s Arctic has reached a pristine lake which is the basin for a river flowing into the Arctic Ocean, a regional official said on Tuesday, but the mining giant embroiled in the scandal rejected his allegation. 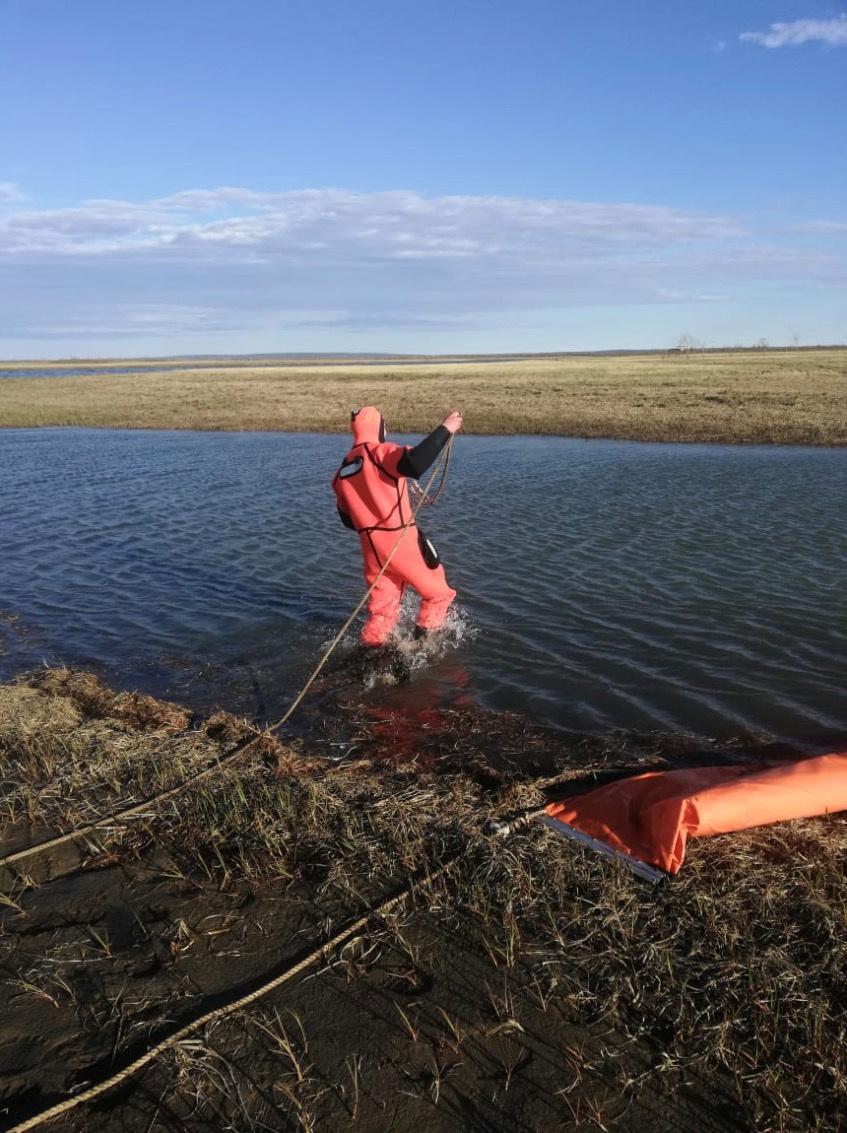 A fuel tank at a power station in the city of Norilsk lost pressure in late May and leaked 21,000 tonnes of diesel into rivers and subsoil, an incident Greenpeace compared to the 1989 Exxon Valdez oil spill.

Workers are trying to clean up and contain the fuel, which has reached Lake Pyasino, about 20 kilometres (12 miles) north of Norilsk, according to the region’s governor.

“The fuel has got into Lake Pyasino,” Alexander Uss, governor of the Krasnoyarsk region, told state TV.

“Now it’s important to prevent it from getting into the Pyasina River, which flows north. That should be possible.”

Lake Pyasino, about 70kms long, feeds into the Pyasina River, which flows into the Kara Sea in the Arctic Ocean.

Norilsk, a remote city of 180,000 situated 300kms (190 miles) inside the Arctic Circle, is built around Norilsk Nickel, the world’s leading nickel and palladium producer.

In a report on its clean-up progress published on Tuesday, the company said that the fuel had not reached Lake Pyasino. It said it had set up structures on the nearby Ambarnaya River to contain the spill and prevent it from spreading further.

There was no risk of pollution for the Kara Sea, it said.

Norilsk has said it believes the accident was caused by thawing permafrost which weakened the foundations of the storage tank.

Ecologists have said the spill will cause extensive damage to the local environment.

“This will have a negative effect on the water resources, on the animals that drink that water, on the plants growing on the banks,” said Vasily Yablokov, Greenpeace Russia’s climate project manager.

President Vladimir Putin last week declared a state of emergency in the region and criticised authorities for what he said was a bungled response to the incident.