The measures will come into force today in areas across northern and southern France, as well as Paris. The restrictions come amid warnings a third wave could soon strike in Europe, with Germany reporting its biggest surge of coronavirus infections in two months. Jean Castex, France’s prime minister, announced on Thursday the restrictions people will have to abide by for at least four weeks. He told a news conference: “The situation is deteriorating.

“The moment has come to go further, with more demanding restrictions where things are most critical.”

Mr Castex added the Government had no regrets about not locking down earlier in the year as cases rose.

He said: “It was the right decision in January.

“We would have had a three-month lockdown. We did well not to do so.”

Schools will remain open throughout the lockdown and overall rules will be less stringent than previous confinements.

Bookstores will be allowed to open and people will be able to practice outdoor activities within a 10 km radius, but travelling to different regions will not be allowed. 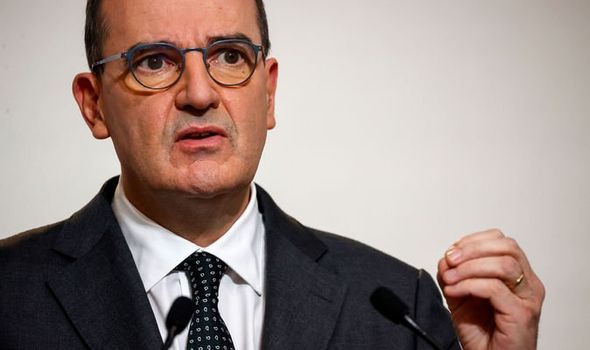 A total of 16 regions will be affected by the new restrictions, including the Hauts-de-France region, as well as Alpes-Maritimes, Seine-Maritime and Eure.

Experts have warned several EU member states are on the brink of a third wave of the pandemic.

On Friday, Italy registered more than 27,000 new infections and 380 deaths.

Italian Prime Minister Mario Draghi vowed to ensure the country did not return to the levels it reached last year.

He said: “More than a year after the start of the health emergency, we are unfortunately facing a new wave of infections. 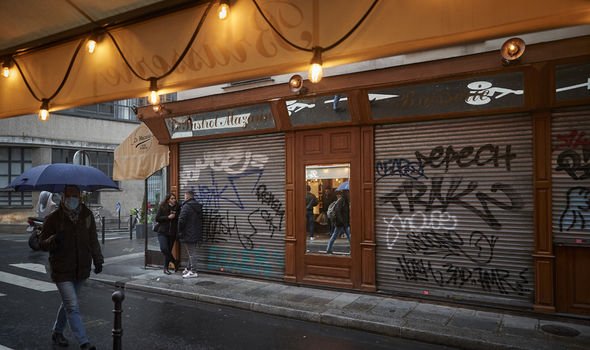 “The memory of what happened last spring is vivid, and we will do everything to prevent it from happening again.”

However, a leading virologist at Berlin’s Charité hospital, warned Germany’s situation was “not good right now”.

Christian Drosten warned the “situation could get drastically worse” as infections could be as high as they were at Christmas.