Food prices have risen on average far more in Spain than they have in Britain in the last year, amid claims that Brexit was having an impact on the UK’s ability to weather the inflation crisis. The cost of Britons’ shopping grew by 10.6 percent in September, according to the latest British Retail Consortium index.

Spain’s levels of inflation generally followed a similar month-to-month pattern as in the UK, peaking in July at 10.8 percent before slipping down slightly to 10.5 percent in August (the UK’s went from 10.1 to 9.9 percent).

But how the two European countries decide to tackle soaring inflation – which could yet still go higher – may diverge from last week’s fiscal announcements by the Chancellor and the Bank of England’s decision to raise interest rates above those of the European Central Bank.

Spain is also more deeply affected by the energy crisis in part caused by the war in Ukraine; Russia until recently supplied more than a third of the bloc’s natural gas, and supply has been increasingly shut down by both sides.

Instead, the UK had a small proportion of its energy come from Russia, but the cost of wholesale energy has been pushed up by the increased demand in the global market. 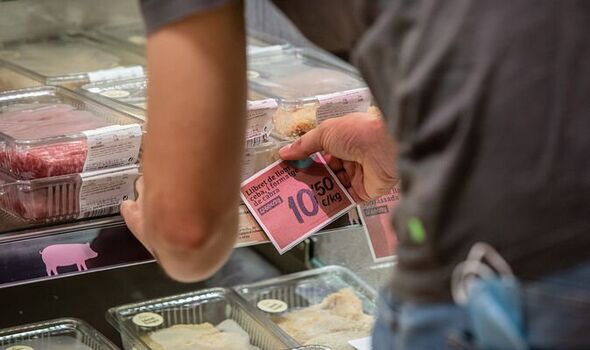 This is one of several economic factors having an impact on the supply and cost of products, with consumers across Europe feeling the pinch from several directions.

In Spain, the cost of the average supermarket shopping basket for a household – including food, hygiene products and pharmaceuticals – has increased in price by 15.2 percent in the year to May, according to a study by Spain’s Organisation of Consumers and Users (OCU).

This was the highest price increase since the studies were launched 34 years ago, it said, adding that “far from stopping, this increase has continued in recent months”.

The OCU reported yesterday that the rise had come from a general rise in product prices, rather than it coming from products in one specific area. 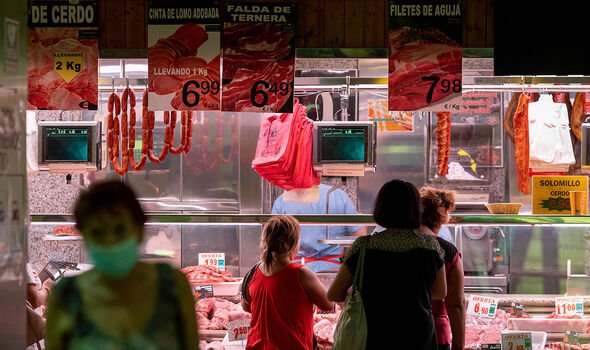 The rises hit 95 percent of the 239 products it assesses as part of the shopping basket, which it said demonstrated “the feeling that consumers have that everything goes up”.

However, OCU spokesperson Ileana Izverniceanu noted that “although there is a general rise in prices, not all products rise the same”.

She revealed that the price of sunflower oil “stands out” as having risen in price by 118 percent; before the invasion of Ukraine, it and Russia accounted for around 80 percent of the world’s imports of the grocery.

Similarly, margarine had shot up by 75 percent, Ms Izverniceanu said, along with bananas, pasta, flour and olive oil, which had all risen by 50 percent or more. 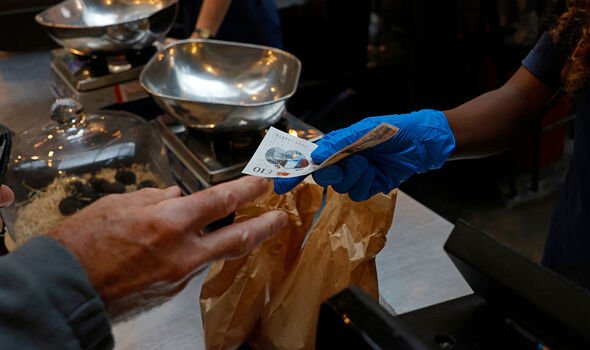 According to Spanish national newspaper El Mundo, food overall is currently 14.1 percent more expensive in the country than it was a year ago – 3.5 percent more of a rise in prices than in the UK in the same period.

Official data from the statistics offices of both nations shows that the cost of food and non-alcoholic drinks rose 13.8 percent in Spain year-on-year in August, but just 13.1 percent in Britain.

Despite these numerical differences between the UK and a close EU neighbour, some have suggested Brexit is still to blame for the current economic turmoil.

Robert Shrimsley, the Financial Times’s UK editor-at-large, wrote today that the “economic damage caused by Brexit” was the “underlying unmentionable” in the market jitters and the pound falling against the dollar earlier in the week. 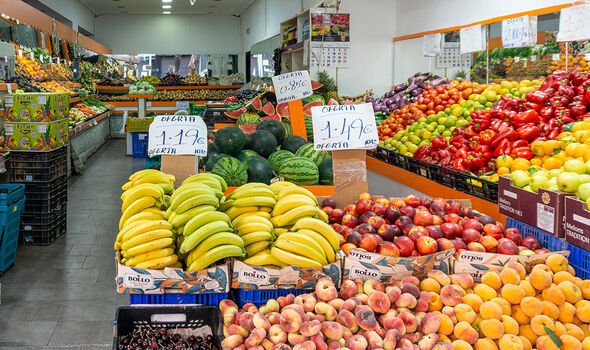 He said: “Tories, naturally, do not wish to accept that their signature policy is making the nation poorer. Labour fears alienating Leave voters.”

The political commentator added: “The markets are primarily reacting to a bad fiscal statement from Kwasi Kwarteng.

“But both the Chancellor’s decisions and the backlash are the culmination of actions and attitudes that all spring from Brexit absolutism; from lost market access, continued confrontations with the EU, overhyped trade deals that add little to GDP, the sustained assault on British institutions and Prime Minister Liz Truss’s onslaught on economic orthodoxy.

“Investors have got the message. Britain is not the bet it once was.”