ROME (Reuters) – Prime Minister Giuseppe Conte, struggling to map a way out of Italy’s coronavirus crisis and facing political fire from all sides, has won much-needed breathing space from the European Union. 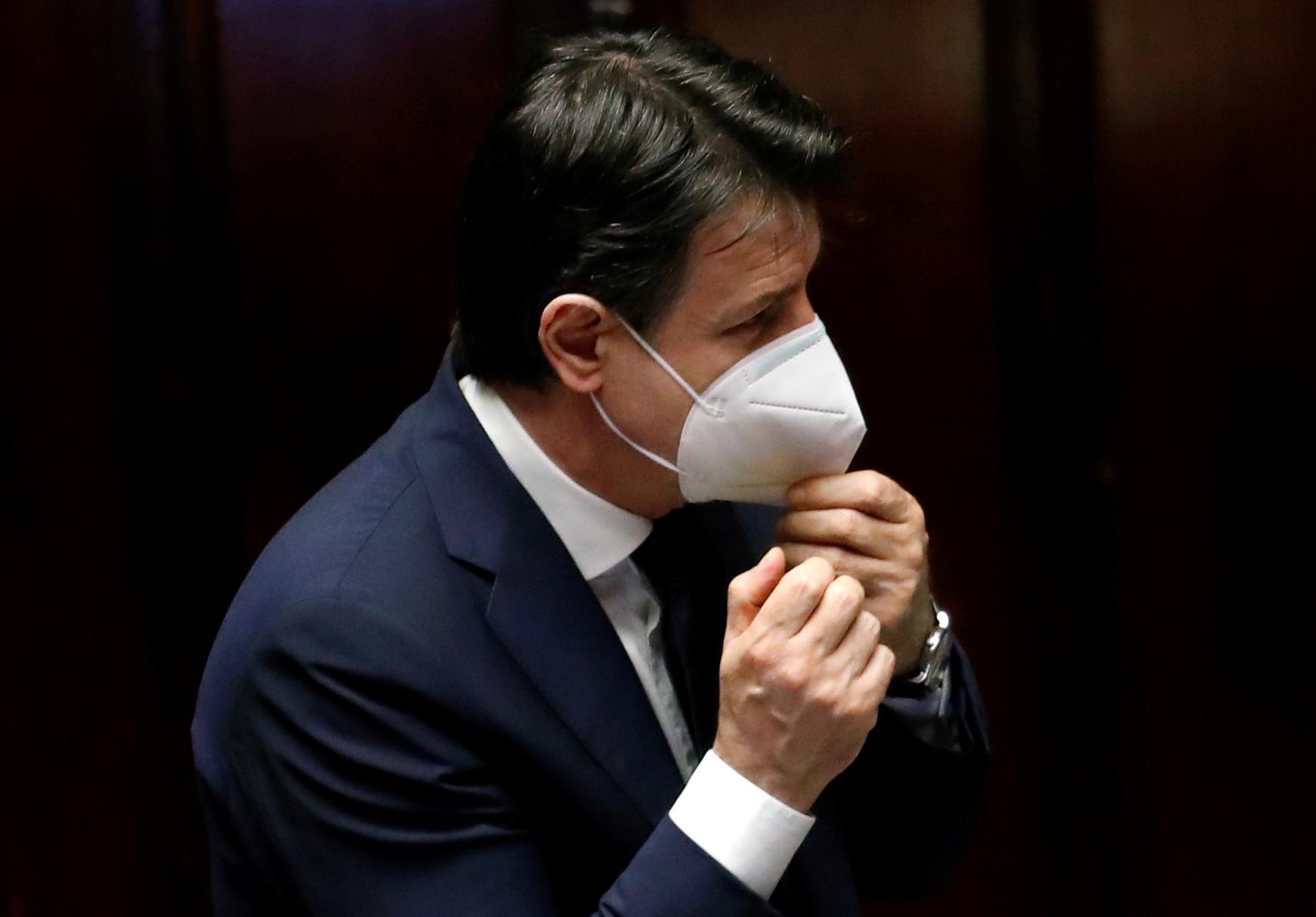 EU leaders agreed on Thursday to build a trillion-euro emergency fund to help the continent recover from the pandemic, and while the details have yet to be worked out, the putative plan was portrayed as a major victory in Rome.

“This is not just a win for Italy but for the whole European Union,” European Affairs Minister Vincenzo Amendola told Reuters. “Italians have been concerned about a lack of European solidarity, but we have made clear this crisis cannot be tackled alone. We have made big steps forward.”

Rome’s relations with the EU hit an all-time low in February as the disease took hold, when its 26 partners ignored appeals for aid and re-erected old borders.

Italy has since suffered more coronavirus deaths than anywhere else in Europe and the disaster is ravaging its already fragile economy, making it essential to find new avenues of finance to help pay for the eventual rebuilding effort.

Conte called for the creation of so-called coronabonds, which he wanted to be underwritten by all eurozone members to share out the huge burden of economic recovery.

However, the Netherlands and other wealthy northern nations, said states in need should turn to the European Stability Mechanism, an intergovernmental bailout fund that has previously dolled out money with painful financial conditions attached.

One of Conte’s coalition partners, the anti-establishment 5-Star Movement, warned the 8-month-old government would collapse if he tapped the ESM, saying the likely conditions would compromise national sovereignty and condemn Italy to austerity.

The opposition, eurosceptic League party went one step further and questioned whether Italy should stay in the EU.

Thursday’s EU summit relieved the pressure, by confirming that three separate instruments, worth 540 billion euros ($582 billion), would be available by June 1. In addition, leaders agreed to create a new recovery fund potentially worth 1 trillion euros, or more.

Many vital questions remain unanswered, including how much of the cash will be offered as grants rather than loans. But the promise of new financing mechanisms has offered Italy hope.

“It is right to say that there are still aspects that need to be worked out, but the key thing today is that pro-Europeans are beating the sovereigntists 4-0,” said former prime minister Matteo Renzi, whose small Italia Viva party is in the coalition.

Nationalist, sovereigntist parties across Europe have tried to use the coronavirus crisis to bolster their own standing, but polls suggest they have failed to gain traction.

Unlike the 2008-09 global financial crisis, the pandemic cannot be blamed on bankers, migrants or ruling elites — the favoured targets of groups such as Salvini’s League or the far-right Alternative for Germany (AfD).

Europe’s initial cold-shoulder led to a surge of anti-EU sentiment in Italy, with a Techne poll this month showing just 44% of Italians wanted to remain in the EU against 65% in 2018, while 42% wanted out against 26% two years ago.

Such sentiment would normally lift the League, but its standing has fallen, with a poll this week putting its support at 25.9%, down almost two percentage points in two months.

A ferocious critic of the ESM, Salvini denounced Thursday’s putative deal as a fraud and warned it would lead to “defeat, bankruptcy (and) debacle” by leaving a debt-laden Italy at the mercy of wealthy nations like Germany.

“Thieves of the future, of democracy, of liberty,” he wrote.

But the violence of his attack prompted a backlash, with thousands of negative comments flooding his Facebook page.

“It remains to be seen what will happen in the coming months in the economy and public opinion, but for now, Salvini’s exaggerated tone suggests the League is marginalised,” said Lorenzo Pregliasco, head of political analysis firm YouTrend.

Conte’s own popularity has soared despite criticism over his sometimes laborious decision-making during the pandemic, with opponents accusing him of failing to have a clear exit strategy from the lockdown.

A law professor with no party affiliation, Conte’s popularity stood below 40% at the start of the year, but has surged to almost 65%.

“Moments of crisis always favour the sitting government. Whoever is in charge gets higher trust ratings, but I don’t ever remember seeing figures this high in Italy,” said Roberto Weber, head of polling institute Ixe.

One former government minister told Reuters Conte’s high ratings were grating coalition parties, and predicted moves to oust him in coming months when the full impact of the looming economic tsunami becomes clear to all.

“The parties have become restless and dissatisfied with Conte,” the politician said. “His popularity will drop and that is when he will be unseated.”