Spain will be particularly hit by the heatwave with parts of Italy and much of Spain also facing the heat. The weather anomaly comes as millions in Spain hit the streets for the first time in six weeks after a death toll of more than 25,000. Temperatures are forecasted to reach 36 degrees over the next few days.

Spanish weather expert César Ballesteros tweeted a map showing scorching heats across the country and said: “Zones with #TemperaturaMáxima foreseen equal or superior to 30ºC for the days of Monday 4, Tuesday 5 and Wednesday 6 of May.”

A WXcharts forecast, meanwhile, posted a map on Twitter and wrote: “Immense heat will be pumped into Iberia heading into next week, just as the initial stages of easing lockdown begin.

“People venturing outside for the first time since March may be in for a bit of a shock as temperatures rise >10-12C above average in places.”

Yesterday, the highest temperatures were sees in the Mediterranean area, the Guadalquivir valley and the Middle Ebro, where the thermometer reached 28 degrees. 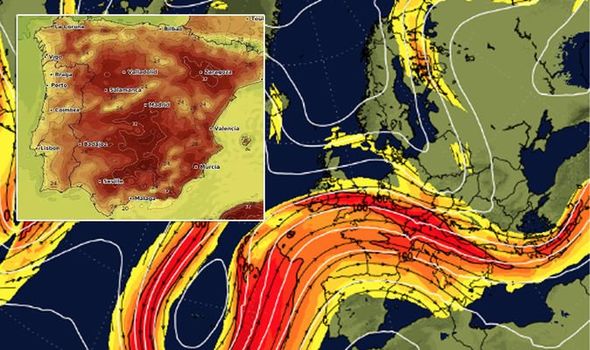 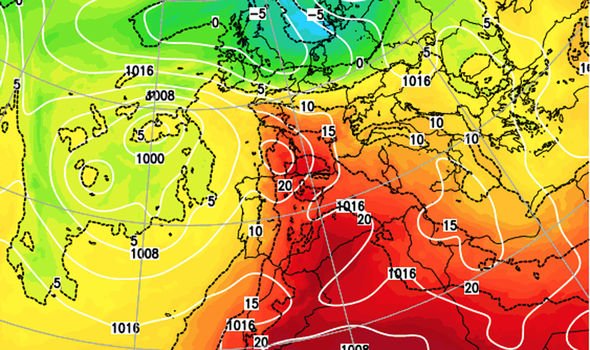 High temperatures will be above 25 degrees in almost all areas, except mountain areas. The temperature is very likely to exceed 30 degrees in wide areas of the southern half of the peninsula, and the Ebro valley.

Forecasters predict the heat could even exceed 32-34ºC in the Tagus, Guadiana, Ebro valleys and, above all.

And in the Guadalquivir, the heat is expected to reach 36 degrees. 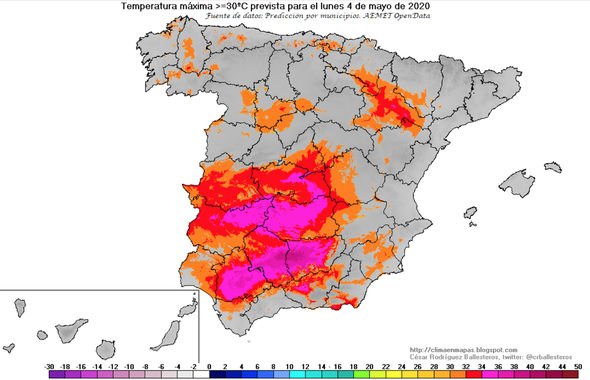 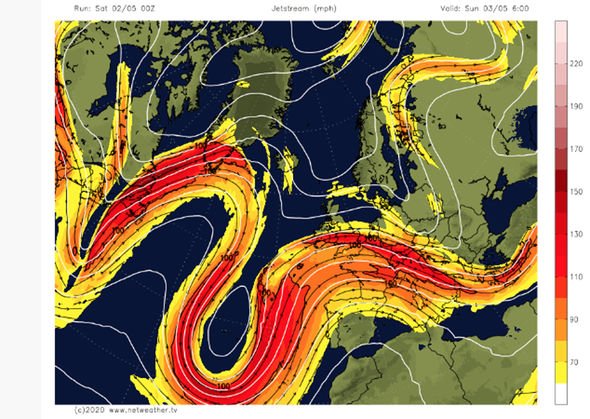 The heatwave will continue throughout the week, although there will be a decrease in temperatures in the east of the country. However, the north and Balearics will continue to be unbearably hot.

France will also get a taste of rising heats with areas like Marseille expected temperatures comfortably in the 20s all week, with tomorrow’s 24 degrees forecast to be the hight point.

Paris, meanwhile, will peak with unseasonably warm weather with a 24 degree day recorded on Friday next week.

Northern Italy can also expect high temperatures with towns such as Genoa reaching consistent highs of 22 degrees and Rome reaching 26 degrees throughout the week. Sicily, meanwhile, can expect highs of 27 degrees on Wednesday. 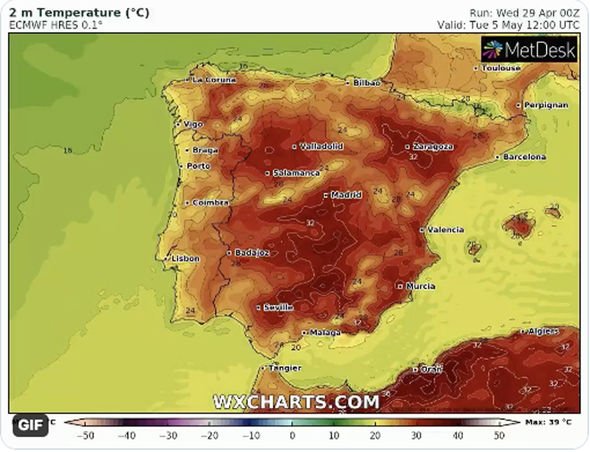 Some of the hot blast is also expected to reach Britain with England facing hot temperatures of around 22 degrees at the end of next week.

Children under the age of 14 can go outside with a parent or guardian from between noon and 7pm. 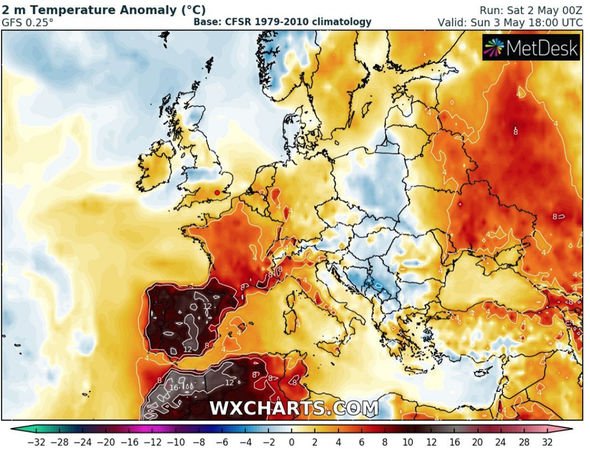 The new rules are part of a four stage de-escalation plan from the Madrid government.

Health minister Salvador Illa said: “People with symptoms compatible with COVID-19 disease or who are in quarantine after having been infected or having been in contact with a person who carries the virus will not be authorised to enjoy these walks or go out for sports.

“Despite the start of the de-escalation, we must not lose respect for the virus,”