Leaders in Brussels have come under international scrutiny after last week’s controversy over coronavirus vaccines. The EU faced off with pharmaceutical company AstraZeneca after it warned it would only be able to deliver a quarter of vaccines originally agreed. The company meanwhile reassured the UK that it would fulfil its contract. Brussels chief von der Leyen then argued it was “crystal clear” that the contract required AstraZeneca to deliver doses produced in the UK to the EU to make up for a shortfall in orders.

The EU then threatened to override the Northern Ireland protocol – part of the Brexit trade deal with the UK – in order to halve the delivery of jabs into the nation.

Following widespread condemnation, the EU backed down – but the fiasco was a humiliating episode for Ms von der Leyen and her colleagues.

In fact, the European Commission President has been under pressure since the very start of her tenure, as her appointment proved extremely divisive in the bloc.

Before taking on the role, Ms von der Leyen had served as deputy leader for Angela Merkel’s Christian Democratic Union in Germany.

She was also German defence minister not long before this – but her perceived failures in the role left many questioning her credentials to lead the EU. 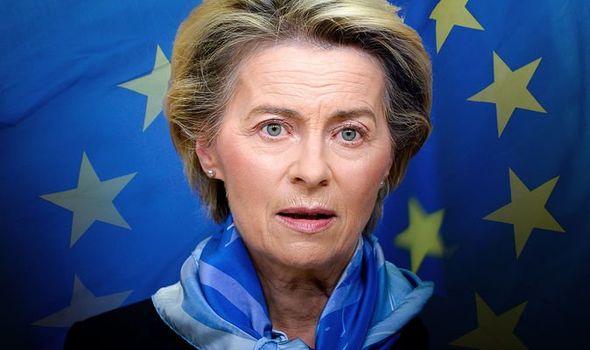 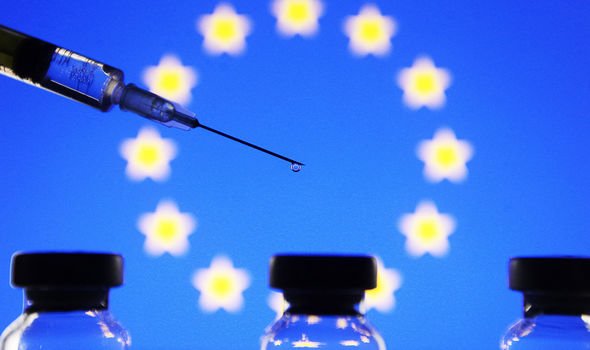 During the selection process, high profile figures from across the political spectrum in Berlin warned against her appointment.

Sigmar Gabriel, a former vice-chancellor from the same party, called her nomination “an unprecedented act of political trickery”.

The German Greens said the nomination of the Merkel-ally was an “old-school backroom deal”, while the right of centre Free Democrats said she was “not the best candidate”. 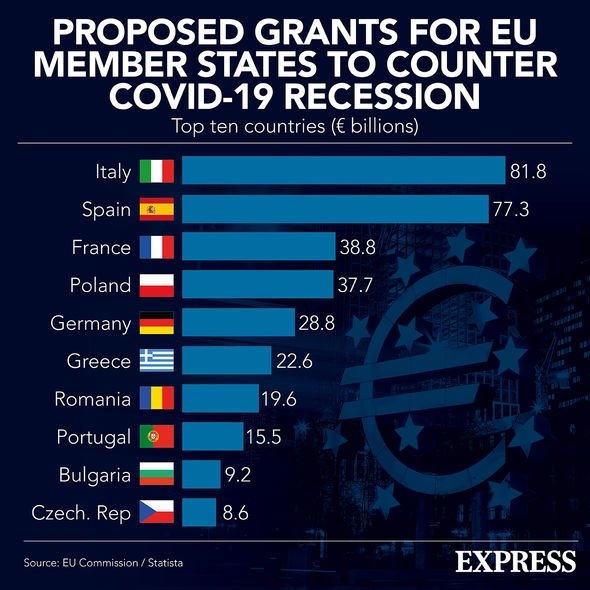 Suddeutsche Zeitung, a German newspaper, said she “will be unable to cope with the commission presidency”.

Much of the criticism also centred around the voting system used.

The EU had abandoned the “spitzenkandidaten” system – giving the political group with the most seats in the European Parliament a nomination and mandate to lead the Commission. 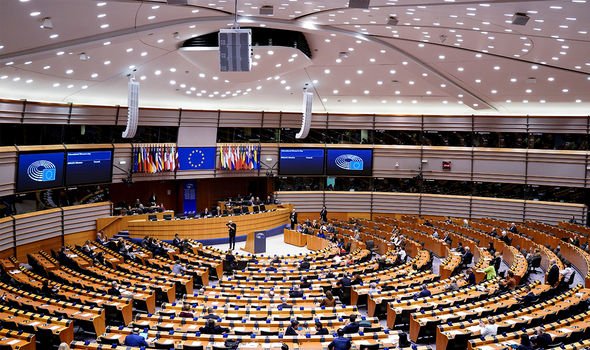 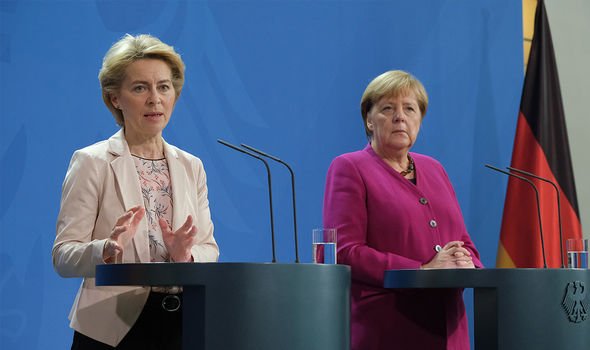 French President Emmanuel Macron backed the German politician, saying she has “the DNA of the European community”.

Last week’s vaccine controversy is sure to pile more pressure on the Commission – with one figure calling for Ms von der Leyen to resign.

One official told the Sunday Telegraph: “She needs to go. Now.”

The BBC’s Europe Editor – Katya Adler – also revealed last week that an EU source was furious with the bloc.

“She wanted to take over the mass purchase of vaccines for all the EU – as a high-profile exercise.

“Normally health issues are dealt with nationally. This hasn’t been a great advertisement for handing over powers to Brussels.

“I think that’s the lesson member states will take away from this.” 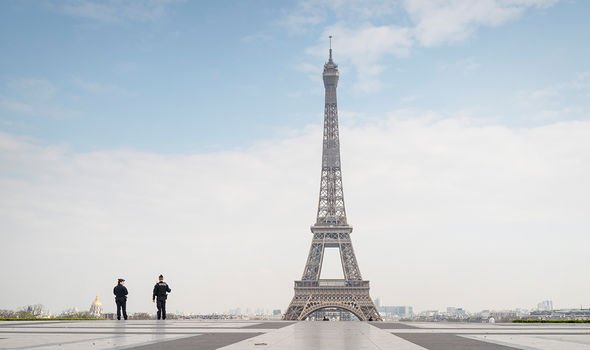 Historian David Marsh told Express.co.uk last year that the pandemic could threaten the EU from an economic front.

He said: “Sometimes crises lead to people coming together more – there’s the old adage that Europe is ‘forged in crises’.

“But of course you can have a crisis too far, and some crises end in the whole thing – in this case monetary union – blowing up.

“I think both of these possibilities are out there, and it’s difficult to tell which one is more likely.

“There is a chance the whole thing will come to an end, because the legitimate demands of the southern states won’t be possible for the northern states to meet, which could conceivably lead to a southern state leaving.

“The northern states could even depart as a bloc.” 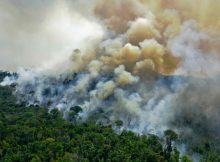