The EU’s infighting has plunged the bloc into deadlock as Hungary and Poland continue to hold up emergency funding. The row comes after Hungarian Prime Minister Viktor Orban and Polish leader Andrzej Duda fumed at a ‘rule of law mechanism’ in the recovery fund that could see countries lose funding for anti-democratic governance. The EU has been critical of Hungary and Poland for years after the countries’ governments undermined the independence of their judiciaries and limited freedom of speech and the press. France warned last week that the stalemate could threaten the bloc as a whole.

At a meeting of EU envoys in Brussels, a French ambassador warned that the quarrel could signal a “fundamental rupture”.

He said during a live broadcast: “it’s tricky. The problem is that the EU doesn’t have any plan B here.

“This has really thrown Brussels into crisis mode. Both Poland and Hungary say this rule of law mechanism unfairly targets them.

“They have called it blackmail, saying that the funds are conditional on a concept that they say is ill-defined.” 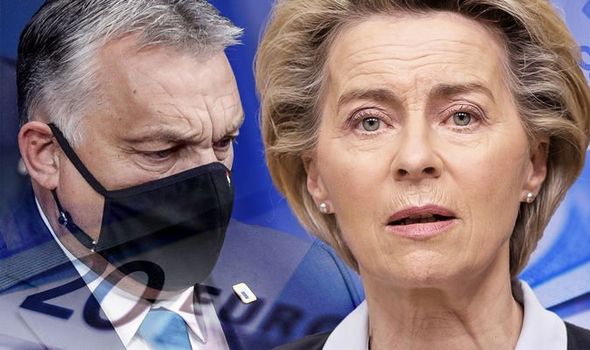 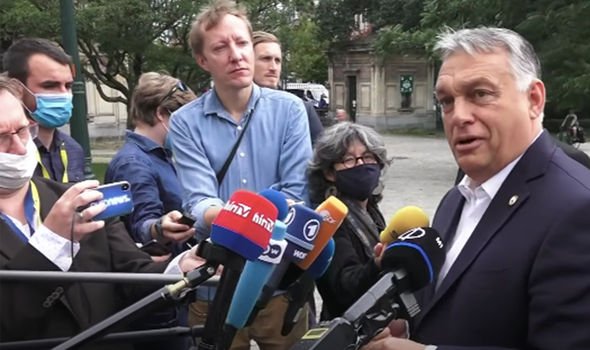 The EU must back the budget unanimously for it to be enacted – hence why Poland and Hungary have been able to hold up the recovery package despite majority support for it in the bloc.

This had led to EU leaders reaching out to Budapest and Warsaw to try and reach a compromise.

Mr Keating highlighted however that it could be the eastern European countries that are forced to back down as they are in need of the recovery fund just as badly as other countries hit by the pandemic.

If a deal is not reached, the correspondent said “it would be really bad” for the EU. 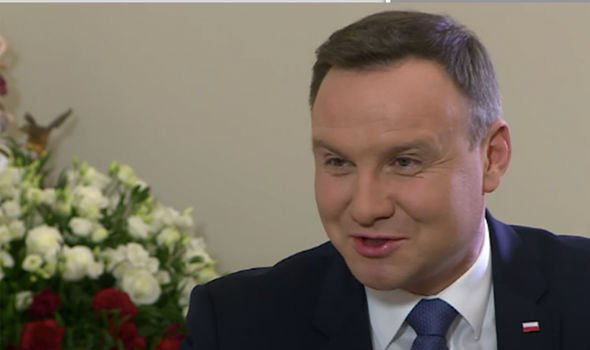 He continued: “This is part of the EU’s overall seven-year budget which must start on January 1.

If the coronavirus fund doesn’t reach agreement, those desperately needed funds to stimulate the economy and avoid a really horrible recession are not going to be there.

“But also the EU budget would not be in place, and they would have to provide a preliminary budget. It is a real disaster.”

The pandemic has threatened to sever the bloc in a number of ways, according to one expert.

Historian David Marsh told Express.co.uk this year that the economic fallout from the pandemic could lead to division between member states.

He even said the monetary union could come under question. 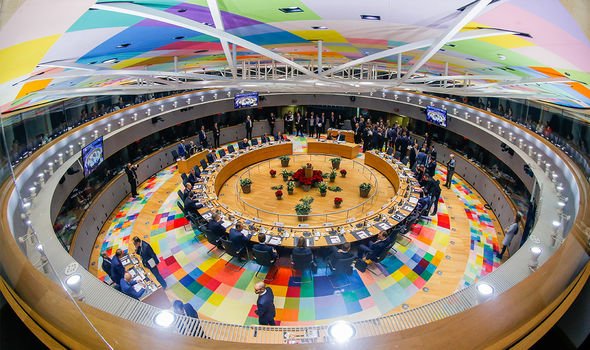 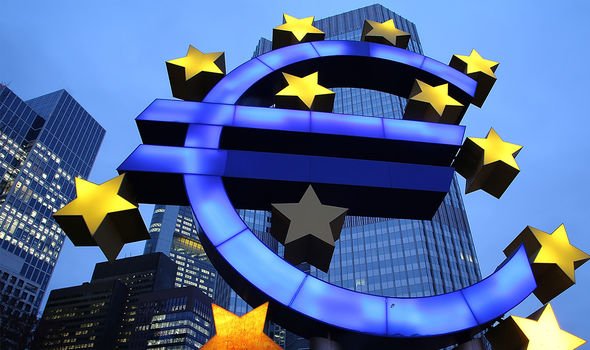 Mr Marsh said in October: “Sometimes crises lead to people coming together more – there’s the old adage that Europe is ‘forged in crises’.

“But of course you can have a crisis too far, and some crises end in the whole thing – in this case monetary union – blowing up.

“I think both of these possibilities are out there, and it’s difficult to tell which one is more likely.

“There is a chance the whole thing will come to an end, because the legitimate demands of the southern states won’t be possible for the northern states to meet, which could conceivably lead to a southern state leaving.

“The northern states could even depart as a bloc.”