Eric Trump and his siblings joined dad Donald Trump at Joint Base Andrews in Maryland to witness his last speech as US President before Joe Biden’s inauguration. The three Trump children could be seen shedding tears as their father spoke, with Tiffany Trump trying to smile in support. Don Jr and Eric Trump could be seen trying to contain themselves and maintain a calmer demeanour but tears could be seen streaming down their cheeks.

President Trump thanked his voters for the support shown to him and his administration over the past four years as he hinted at a political come back in the future.

Mr Trump also outlined the steps taken in his four years in office to secure “major achievements” for the country.

“We took care of the vets, 91 percent approval rating, they never had that before. The vets have given us an approval rating like there’s never been before. 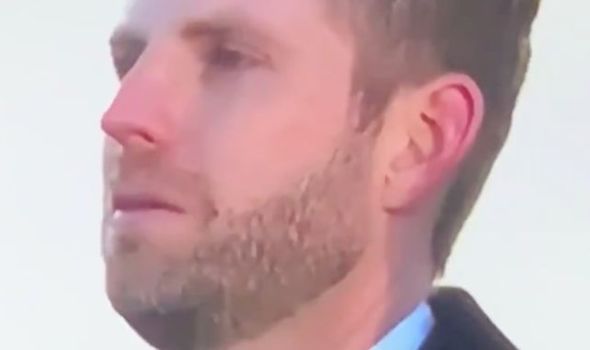 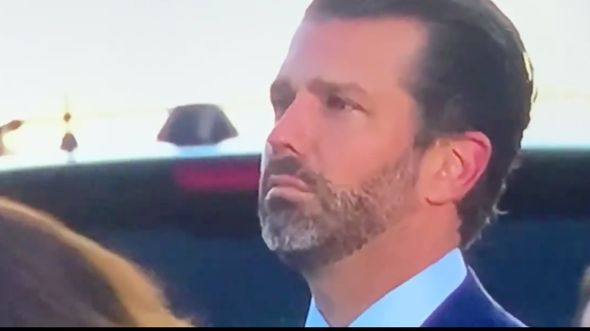 “We took care of our vets and our beautiful vets they were very badly treated before we came along.”

He added: “We also got the largest tax cut and reform in the history of our country by far.

“I hope they don’t raise your taxes, but if they do I told you so!”