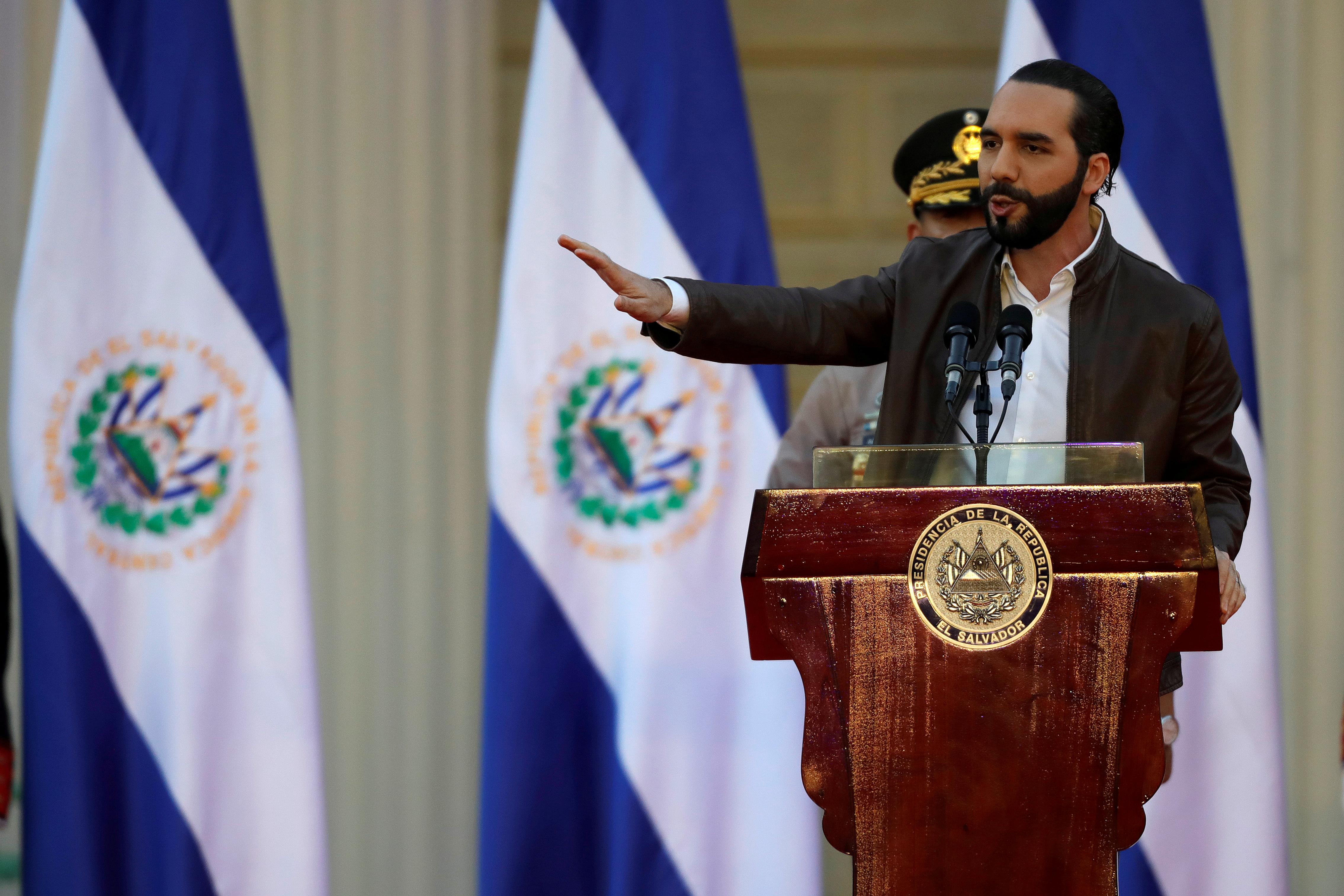 SAN SALVADOR (Reuters) – El Salvador President Nayib Bukele on Sunday authorized the use of “lethal force” by police and military against gang members to crack down on heightened violence amid the coronavirus pandemic.

The Central American country reported 24 homicides on Friday, the worst one-day toll since Bukele took office in June, prompting him to order a 24-hour lockdown in prisons housing gang members.

By late afternoon on Sunday, police had registered another 29 murders, prompting Bukele to introduce tougher measures against gangs he said were taking advantage of the fact security forces were busy helping to contain the virus outbreak.

“The police and armed forces must prioritize safeguarding their lives, those of their companions and of honest citizens. The use of lethal force is authorized in self-defense or in defense of the lives of Salvadorans,” Bukele said.

The government this weekend also ordered members of rival gangs into shared cells in a bid to break up lines of communication between members of the same group, and carried out searches in at least five prisons.