The Great Pyramid of Giza is the oldest and largest of the three ancient monuments in the Giza Plateau and is believed to have been constructed for the Pharaoh Khufu over a 20-year period, though his body has never been recovered. It is the only Seven Wonder of the World still largely intact and is estimated to weigh approximately six million tonnes, from the 2.3 million blocks of limestone and granite used, some weighing as much as 80 tonnes. For years, many have argued over how this colossus monument could have been built with the tools and equipment available more than 4,500 years ago during the Fourth Dynasty.

The narrator said in 2019: “On the outskirts of Cairo, stands the last wonder of the ancient world – the Great Pyramid of Giza.

“Built for the Fourth Dynasty pharaoh Khufu, it has endured for 4,500 years.

“Building the world’s first mega-monument is a daunting proposition, so experts consider, what challenges did the ancients face? 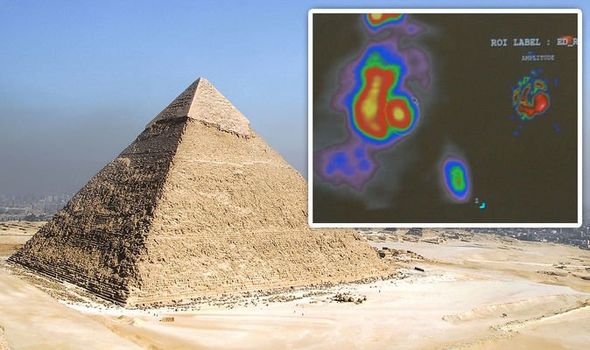 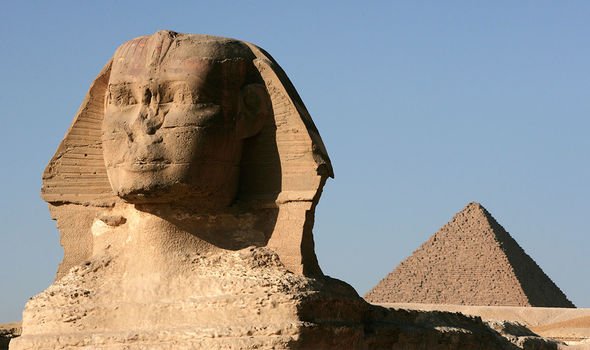 “What ingenious solutions did they come up with? And in building this stone giant, were they shaping their own civilisation?

“Investigators begin considering how in a time before people know how to smelt iron, the ancients carve out the pyramid’s estimated 2.3 million stone blocks.”

The series went on to reveal how isotope analysis was used on copper artefacts to determine their origin.

It added: “Copper is a relatively soft metal, so copper chisels regularly blunt or break when carving rock and experts believe this poses a significant logistical problem.

“Now, scientists in Europe are trying to find the origin of the ancient stonemason’s copper. 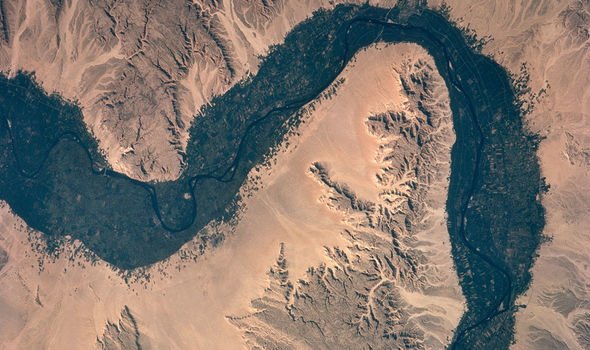 “Using isotope analysis of copper artefacts, they get a match and pinpoint a potential supply.

“Hundreds of miles from the Great Pyramid of Giza, across the Red Sea, in the land of Sinai.

“This kickstarted a mining enterprise that not only supplied tools to build Khufu’s pyramid, but also the tombs in the Valley of the Kings centuries later.”

This discovery points not only to how the Great Pyramid was built, but the entire infrastructure of ancient Egypt thereafter, according to the researcher.

The narrator added: “By demanding elaborate monuments, Egypt’s elites, perhaps inadvertently, sparked a form of industrialisation that allows this growing society to flourish. 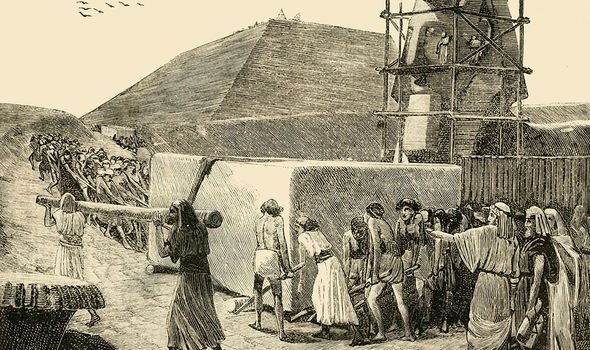 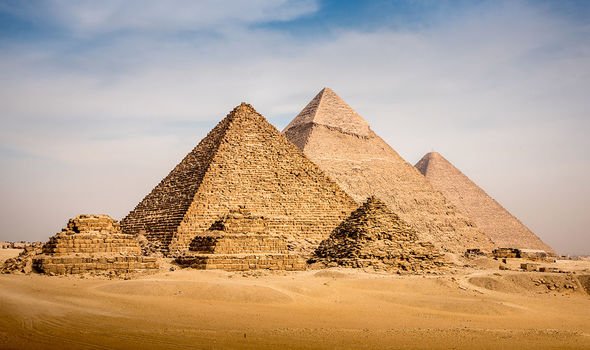 “Investigators consider the problem the Egyptians faced in transporting huge quantities of stone from quarries hundreds of miles from the pyramids.

“Ancient records confirm that there is only one feasible method to transport the stone – on boats along the Nile.”

The series concluded that Khufu sparked a revolution for ancient Egypt.

It continued: “Experts now know that the ancient Egyptians transformed the Nile into a sophisticated transport network, one that allows Egypt’s civilisation to thrive.

“Experts believe in bringing together this diverse workforce from every corner of his land, King Khufu creates the type of society that supports ancient Egypt’s enduring civilisation.

“He builds more than the Great Pyramid, he builds the infrastructure that allows Egypt to thrive for more than two millennia.”