Last week, temperatures reached as high as 24C in parts of England and Wales, as Britain got its first taste of spring. However, conditions are beginning to swing to the colder side again as a band of arctic air makes its way to settle over the British Isles.

Met Office Deputy Chief Meteorologist, Mark Sidaway, said: “After a settled, warm spell with plenty of sunshine particularly across England and Wales our weather will take a notable change in direction later in the weekend.

“Very cold Arctic air will move in from the north-west through Sunday, bringing snow showers and freezing overnight temperatures.

“The snow showers will predominantly affect the north and west of the UK. The south and east will likely remain drier but still cold with a lower chance of wintry showers.”

Severe weather warnings are in place on Sunday and Monday for wind and snow across northern Scotland. 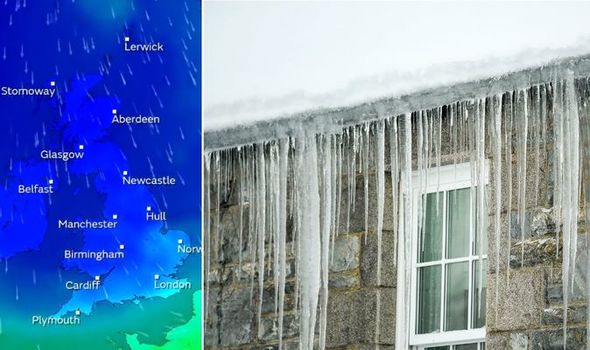 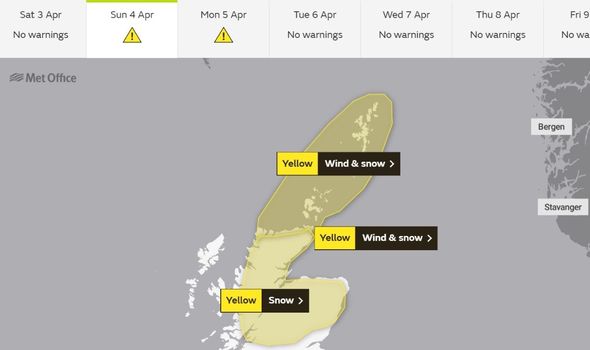 While northern regions will see the worst of the weather, it will be chilly wherever you live.

The agency said the conditions “pose a challenge for sectors such as agriculture and horticulture”.

Phil Stocker, chief executive of the National Sheep Association, said: “Sheep and livestock farmers, especially in the UK’s uplands, are acutely aware of the potential for a spring cold snap which can bring devastation and soul-destroying losses during lambing time. 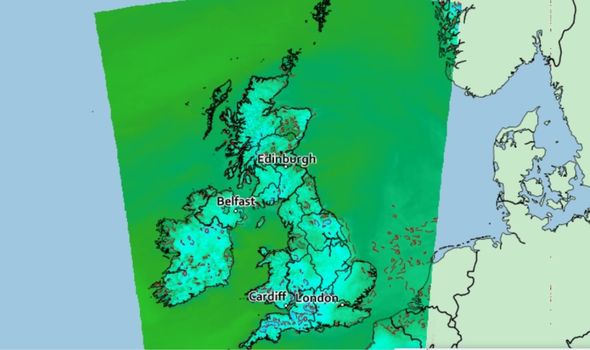 “The sector has endured several cold weather events during recent springs and these have wrought considerable hardship to both stock and hill farmers.

“However, being aware of the approaching change in weather type will allow farmers to buffer the impacts by taking action to avoid the worst losses.”

Gardeners are also being advised to take care with the frost about to descend.

“Magnolia and camellia flowers are ruined, fruit blossom and young fruitlets including pears and apples are spoiled and the tender tips of potatoes will be burnt off if they appear above ground.

“Gardener’s hearts are in their mouths through April as they anxiously scan the weather forecasts for frost warnings ready to rush out and cover vulnerable plants to ward off damage.”

Overnight on Saturday into Sunday, temperatures will drop to 1C in northern Wales, and will hover around freezing in Scotland.

On Monday, temperatures in London may drop to 6C, with Manchester around 7C and Leeds around 5C. 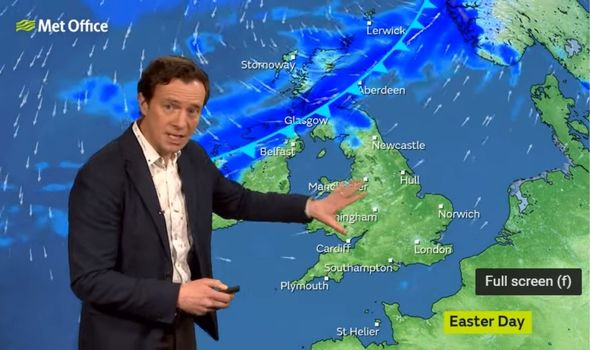 Northern Scotland will see temperatures struggling to get about 1C on Monday.

Some forecasters are even expecting a rare ‘thundersnow’ event.

“The lightning can appear brighter because of the light reflecting off the snowflakes, whereas the sound can be dampened down.”