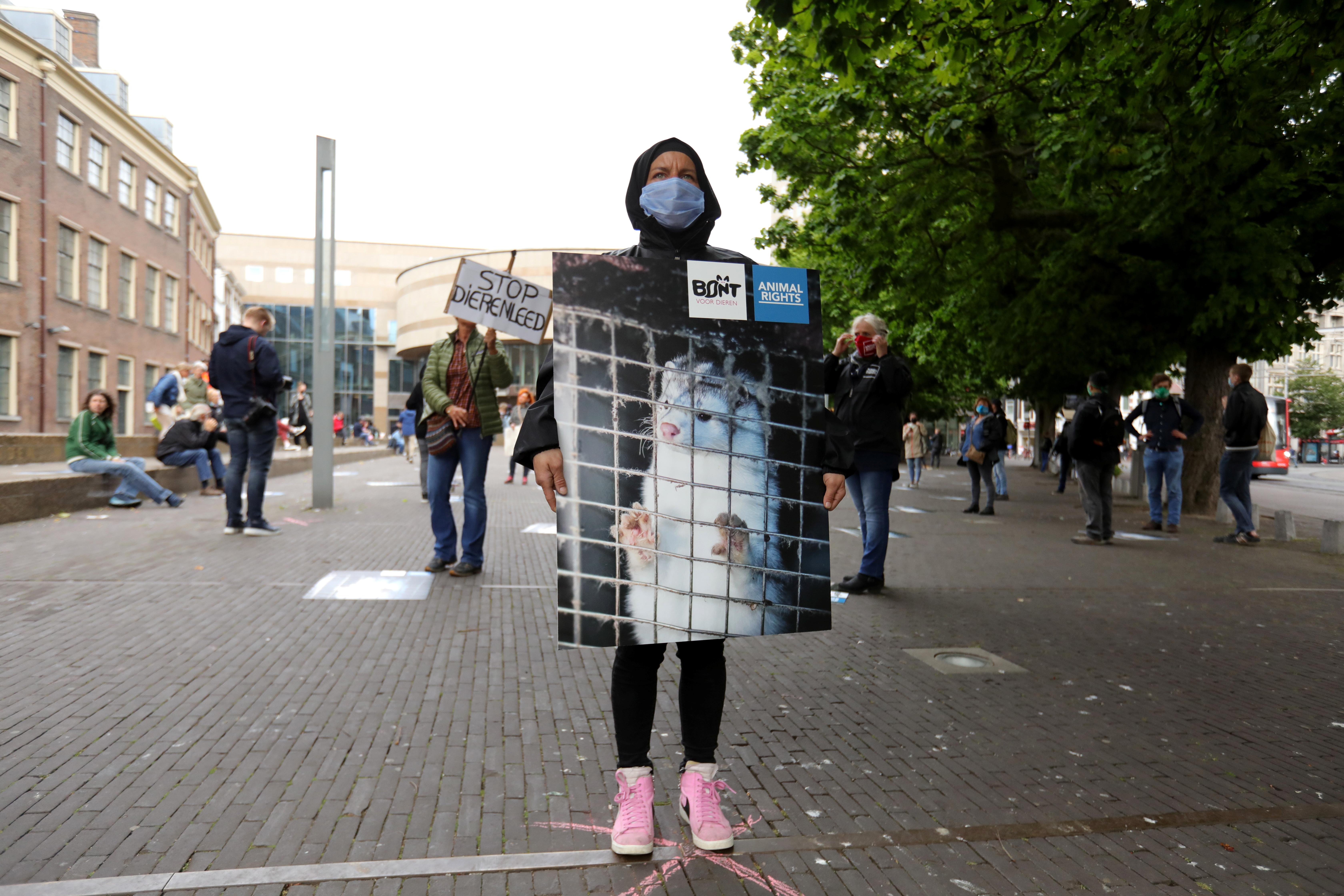 THE HAGUE (Reuters) – More than 100 people calling for an end to fur farming protested in front of the Dutch parliament on Monday following an outbreak of coronavirus on mink farms that has led to a cull of tens of thousands of the animals.

The protesters, many wearing face masks with animal rights slogans, held images of mink in cages and called on the government to move a 2024 ban on fur farms forward and close them immediately.

Coronavirus has been found on 10 of the 140 remaining Dutch mink farms.

The government last week ordered mink on all infected farms to be killed over fears they could act as a long-term reservoir of the disease for humans.

Last month, the government identified two cases in which humans were infected by mink, the only animal-to-human transmissions known since the global outbreak began in China.

The outbreak on Dutch farms originated with handlers and was first identified in April.

Farms where no infection has been found intend to continue operations.

The Netherlands exports an estimated 90 million euros($101 million) worth of mink fur annually. Other major mink fur producers include Denmark, Poland and China.