The long-awaited rollout of the coronavirus vaccine might be delayed because of a botched IT system, according to reports.

Technical blips could be holding the vaccination process up, doctors and health officials have warned, as the government revealed "provisional" figures.

The first week of the jab rollout was hampered by a series of problems in collecting data – meaning hard-working doctors have been left scribbling vital with pen and paper.

GP practices were forced to collect vital info by hand after bugs were found in software used to keep track of who was getting their first dose.

More than 137,000 people in the UK have received the first dose of the Pfizer/BioNTech COVID-19 vaccine in the first week, the government said.

But a health official told Sky News that the IT system set up, known as Pinnacle was "failing constantly", and that GPs were having to "record on paper and then transfer".

Brits who get the Pfizer jab are required to have a second dose three weeks later.

But officials have warned that there are problems in keeping track of who is getting vaccinated, hinting that that could be the reason the Government have struggled to publish official figures.

The vaccine minister, Nadhim Zahawi, instead tweeted "provisional" numbers from the Department for Health and Social Care.

A spokesperson for British medical company EMIS, which owns Pinnacle, told Sky News: "There was a short delay with the Pinnacle software for some users to log in whilst we optimised performance at lunchtime today, 15 December.

"Users who were already logged onto the system were not affected but those trying to log in were not able to access the system for a period of about 25 minutes. There was no patient data affected and the system is now working correctly."

An NHS spokesperson said that problems with the EMIS system had been "fully resolved", according to the report.

A government spokesperson added: "Working with the NHS and Public Health England we will publish detailed data on the latest numbers of vaccines administered on a weekly basis and this will start as soon as possible.

"This is the biggest immunisation programme in our country's history and the collection of data is crucial to our understanding of uptake, impact and future planning." 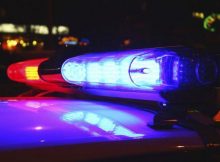 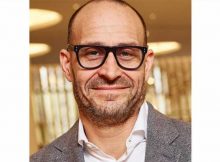