The Oxford coronavirus vaccine trial will continue in Brazil after a volunteer died.

He was involved in the trial of the vaccine being developed by the University of Oxford and drugs firm AstraZeneca.

But he had actually been given a placebo jab rather than the test vaccine, local media reported.

The university said it had investigated the case but found "no concerns about safety" around the vaccine.

Experts in the UK said since it appeared the death was not vaccine-related, there was no reason the trials should be stopped.

He had been on the frontline since March and died on October 15 due to complications from Covid-19, local media reported.

In a statement paying tribute to the doctor, reported by Globo, his loved ones said: "João, I think that in this little text I could remember how good an exemplary doctor and student you were, but I think the memory that I will mention to everyone here will be different.

"I want to keep forever how good a boyfriend, brother and friend you were.

"The pain in the chest, the emptiness and longing since you left are growing every moment and what gives us strength in that moment, besides the affection of so many friends you made in life is remembering what you were like."

In a statement, the University of Oxford said: "All significant medical incidents, whether participants are in the control group or the Covid-19 vaccine group, are independently reviewed.

"Following careful assessment of this case in Brazil, there have been no concerns about the safety of the clinical trial and the independent review in addition to the Brazilian regulator have recommended that the trial should continue."

Brazil's health authority said it was informed of the death of a participant earlier this week.

AstraZeneca said it could not comment on individual cases due to patient confidentiality.

But the company added all due processes had been followed and there were no issues with the trial continuing.

A spokesman said: "All significant medical events are carefully assessed by trial investigators, an independent safety monitoring committee and the regulatory authorities.

"These assessments have not led to any concerns about the continuation of the ongoing study."

Meanwhile, scientists said the vaccine accurately follows the genetic instructions programmed into it by its developers to successfully provoke a strong immune response.

David Matthews, an expert in virology from Bristol University who led the research, said: "The vaccine is doing everything we expected and that is only good news in our fight against the illness." 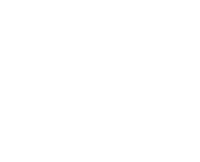 New York City’s economy is in a downturn, but film production has been a bright spot.
Recent Posts
Copyright © 2020 miamiheatnation.com.
This website uses cookies to improve your user experience and to provide you with advertisements that are relevant to your interests. By continuing to browse the site you are agreeing to our use of cookies.Ok