SAN JOSE (Reuters) – Marco Castillo and his boyfriend, Rodrigo Campos, waited just a few hours to take advantage of a new law in Costa Rica that made the country the first in Central America to allow same-sex marriage. 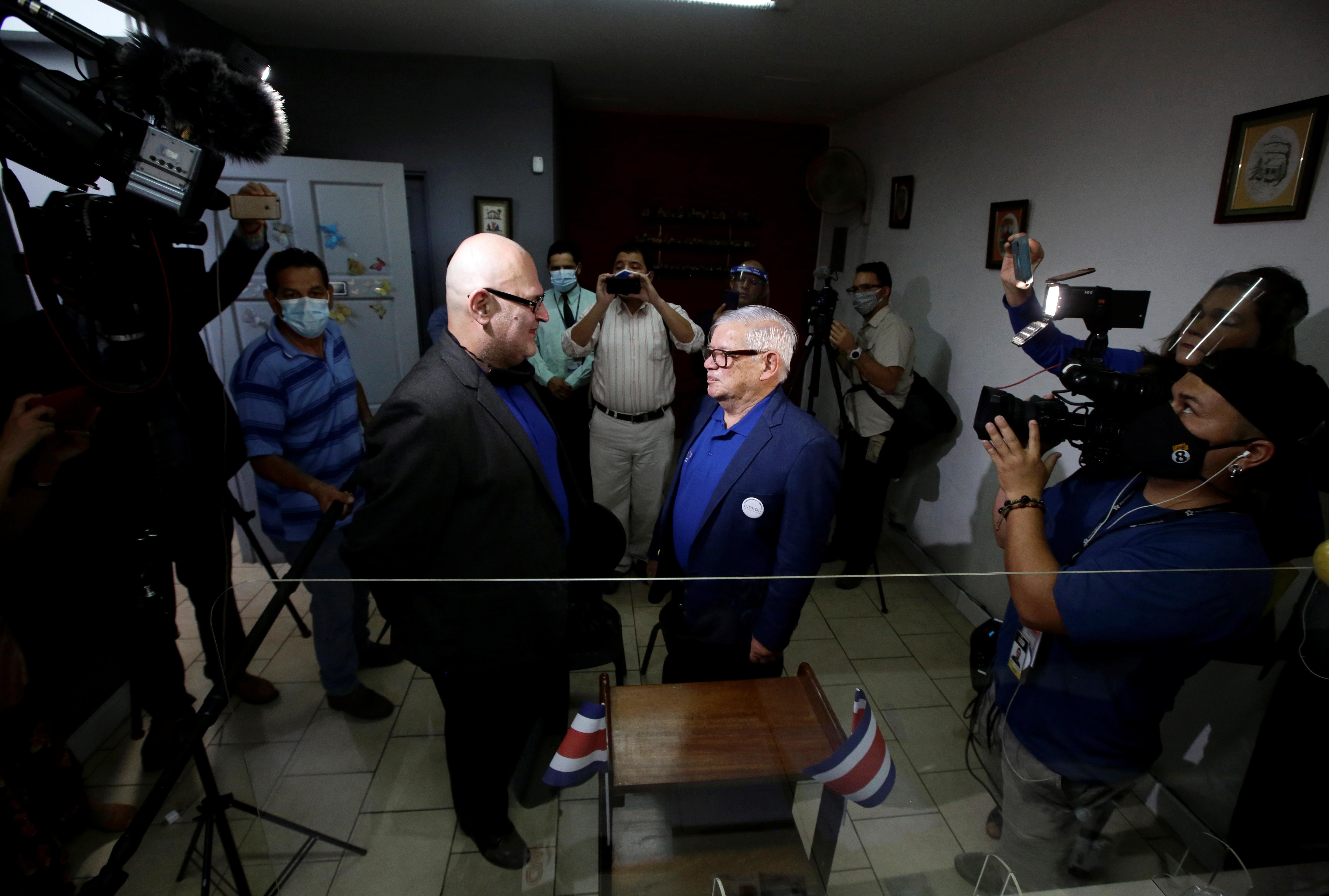 A judge, two witnesses, relatives and hundreds of online viewers joined activist lawyer Castillo and Campos at the Tuesday morning ceremony, which went ahead despite difficulties caused by social distancing restrictions in the coronavirus pandemic.

The couple kissed for the cameras outside the registry office – through face masks.

“It’s a stepping stone towards equality that makes us keep up the fight for respect that those of us with a different sexual orientation deserve,” Castillo told media after signing the certificate and exchanging rings at the registry office in the capital San Jose.

The wedding might not have happened had there been a different outcome to Costa Rica’s 2018 presidential election, where the early favorite was a conservative Christian singer staunchly opposed to same-sex marriage.

In the end, he lost to young center-left candidate Carlos Alvarado. Costa Rica’s Supreme Court later determined that same-sex couples must have the right to marry.

The run-up to the law taking effect was preceded by a special three-hour broadcast on public television.

Dressed in white, Daritza Araya and Alexandra Quiros were the first couple to tie the knot. Watched by nearly 20,000 people on a Facebook broadcast, a notary wearing a face mask and observing physical distancing guidelines married the two women eight minutes after midnight.

“Long live Costa Rica!” one of the few attendees shouted.

Other couples were scheduled to follow suit later in the day, including two men who married in New York in 2016 and six couples planning to wed at a collective afternoon ceremony in Quepos, a beach town on the Pacific coast.

Some 55 couples are on a waiting list, most of whom had already married abroad.

The law change followed a January 2018 ruling by the Costa Rica-based Inter-American Court of Human Rights, the top rights body of the Americas, instructing signatory nations to grant equality to same-sex couples, including the right to marry.

Alvarado said the new law would transform society, even as some conservatives continue to oppose it.

“This country recognizes the rights they’ve always deserved and gives them back a bit of the freedom that was often limited for them,” Alvarado said in message on social media.