PRAGUE (Reuters) – The number of cases of the new coronavirus in the Czech Republic has risen past 5,000, although a slower growth rate allowed the health minister to say he was confident the state had prevented an uncontrolled spread as it starts easing lockdown measures. 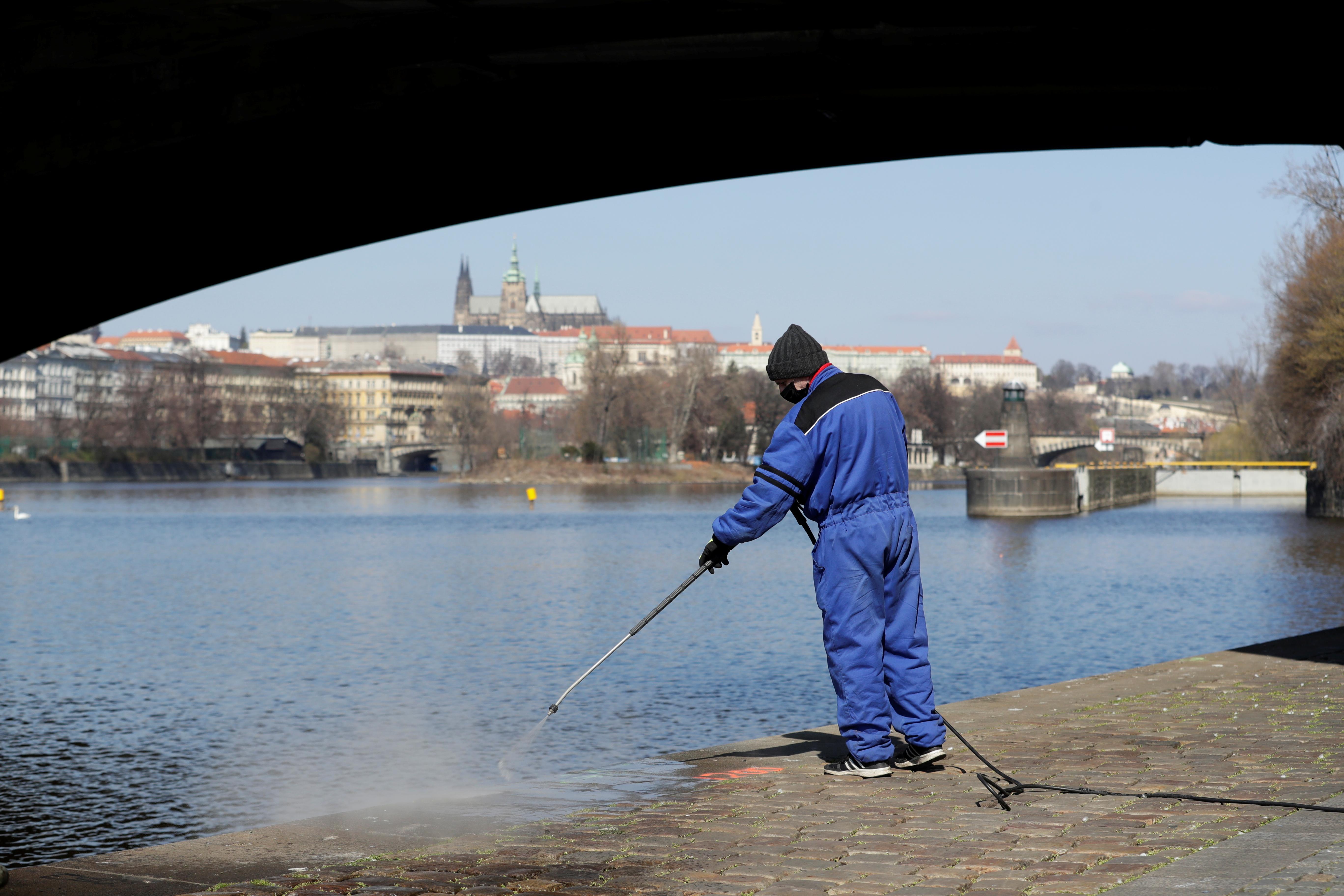 The Health Ministry on Wednesday said 195 new cases had been detected the previous day to bring the total to 5,017. That compares with the previous daily rise of 235.

The Czech Republic was one of the swiftest countries in Europe to take action against the virus’s spread in March when cases start appearing throughout the continent.

Health Minister Adam Vojtech said data was showing it had stopped the uncontrolled spread within Czech borders. “The Czech Republic has so far prevented the worst,” he told a news briefing.

He predicted the country would have 10,600 cases by the end of April at the current growth rate, down from a previous estimate of more than 14,000.

The country was among the first in Europe to declare a state of emergency – which parliament agreed on Tuesday to extend to April 30 – and has closed borders, schools, most shops and restaurants, and restricted people’s movement.

Many factories including the country’s three car plants have gone on hiatus, taking a heavy economic toll. But the country is also now among the first in Europe looking at some easing of measures.

The government on Monday agreed to relax some measures, such as reopening shops selling hobby goods and building materials, and also eased rules on open-air sports activities where people do not congregate, such as running and cycling.

More shops may be reopened after the Easter weekend.

Like others in central Europe, the Czech Republic has seen far fewer cases of the new virus than western neighbours, along with fewer deaths.

The ministry reported 91 coronavirus-related deaths as of Wednesday morning and 181 recovered patients.

A total of 98,681 tests have been carried out, with 7,434 tests conducted on Tuesday, the most since the first infections were detected on March 1.