LA ESPERANZA, Honduras (Reuters) – For Yerbin Estrada, the worst part of the day is when the sun begins to set. The hundreds of inmates of La Esperanza prison in central Honduras must leave its small courtyard and file back to their cramped cells. 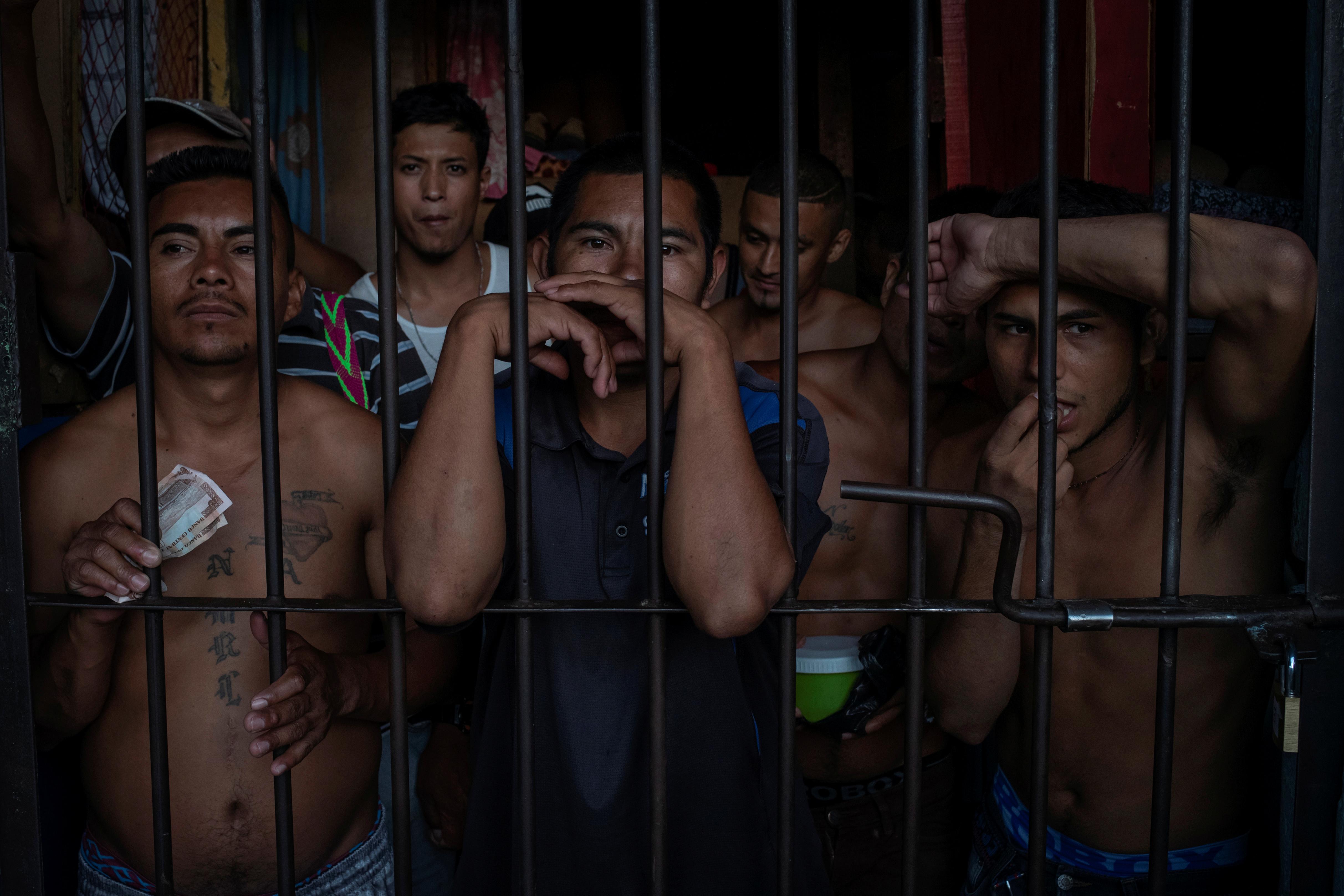 “That is when the hell really begins,” said the powerfully built and bearded 25-year-old, glancing a final time at the armed guards perched on the rooftop, silhouetted against the dimming sky.

Throughout the night, packed into a room with 130 other men, Estrada hears his neighbors’ muffled whimpering as rats scuttle by.

Estrada is serving his fourth year of a six-year sentence for marijuana possession in La Esperanza, a low-security prison tucked into the pine and oak-lined mountains of central Honduras. Its name, in Spanish, means hope.

Behind the bars, the ultimate law is that which reigns in Central America, a mantra sprayed onto walls in gang-controlled neighborhoods: ver, oír, y callar. See, hear, and shut up.

“The best way to get out unscathed, is to keep your head down,” said Estrada, quiet and composed.

A whiteboard at the entrance keeps a daily tally. The top line never changes: “Prison Capacity: 70 inmates.” But the rows below of the actual number of prisoners tick up and down. Today’s count: 454.

The only reprieve is visiting days, when children, grandparents and wives breathe life into the courtyard, taking over the kitchen, playing ball, and praying with the inmates at religious services.

But as the coronavirus took hold in Honduras, authorities banned visits. And with prohibitively expensive rates for calls from the prison’s three working phones, inmates are now all but cut off from the outside world.

In addition to the health risks posed by overcrowding, staff worry about the pandemic’s mental toll.

“Taking away visits is the worst thing that can happen. It’s what they need most because, more than anything, it gives them hope,” says Jacinto Hernández, La Esperanza’s psychologist. “I fear it could turn violent as the virus spreads and anxieties increase. Aggressions already run high; they barely have room to breathe.”

Hernández estimates about one fifth of the male population already leaves with post-traumatic stress disorder they did not have when they arrived.

Honduras has had over 2,000 reported coronavirus cases and 120 deaths, although most public health experts say those numbers are a likely underestimate.

So far, the country’s 29 prisons have largely been spared, but should the virus spread inside the crumbling system, the results could be devastating. Honduras’ prisons, designed for just over 10,000 inmates, are home to nearly 22,000, according to recent counts.

Water is only available a couple of times a week and, with just one shared bathroom, men bathe in the courtyard with cold water from buckets used to wash the clothes they drape overhead. Respiratory illness are common, the product of sleeping on the ground exposed to the cold mountain air.

Most days the men make crafts, lift makeshift weights, or play cards to keep them occupied.

Before the coronavirus, family visitors would sell goods the men had made – hammocks, fishing nets, toy cars – to raise money for soap, coffee and cigarettes. They brought empanadas, fried chicken, and tamales as a relief from the meager prison diet staples of rice and beans.

Inmates lucky enough to have beds, and especially beds with curtains, would rent them out to prisoners with female visitors. “These visits definitely keep tensions lower,” said Israel Miranda, 36.

Each of the windowless rooms is a dark labyrinth of improvised wood-and-plywood beds, with limbs protruding at every turn.

Intibucá, where La Esperanza Prison is located, is one of Honduras’ poorest areas. Illiteracy is high; alcoholism pervasive. The most common crimes are domestic violence, drug possession and homicide.

“It’s complicated to breathe, but summer is true hell and you can feel everyone’s bodies,” said Erlin Mendez, 27, who shares his 38-inch wide space with another inmate, who he says is in for murder after an alcohol-fueled machete fight.

Another part of the prison holds female inmates.

Under a rusty tin roof in an attached building, the women are sectioned off behind a chain link fence. “It’s like being in a really depressing zoo,” said Elian Martinez, a 39-year-old mother of three who says she was wrongfully accused of fraud.

The one cell for six women has four beds and space for three people to stand. They get three hours of sunlight a week at an adjacent guard tower. 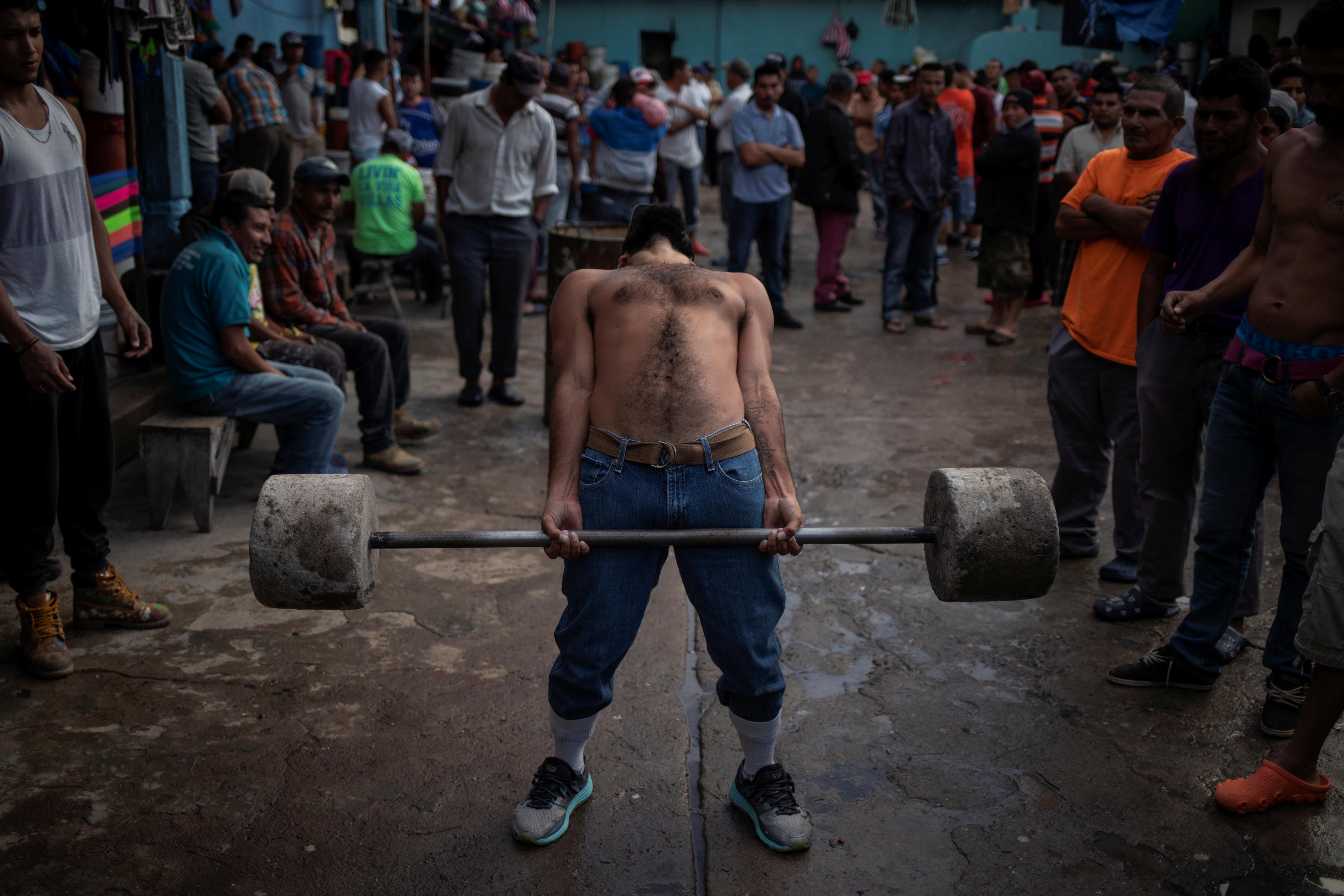 In the men’s section, 132 men sleep in a room with fewer than 50 beds. Newer inmates sleep wherever they can find a patch, often sharing the floor with cockroaches and rats. The wait for a bed is around three years.

“You never get used to it, just resigned,” Estrada said. “Each day you wake up at 5 AM, wait in line for water and food, survive, and it means one day fewer, one day closer to family.”