Cristiano Ronaldo knocked out a steward with a wayward practice shot before Manchester United’s Champions League defeat to Swiss side Young Boys on Tuesday evening.

The stray strike from the 36-year-old Portuguese star came as United players warmed up ahead of their opening group stage match in Bern.

The ball hit a steward on the sidelines and the impact caused her to fall to the ground, with Ronaldo among those to check up on her to make sure she was alright. 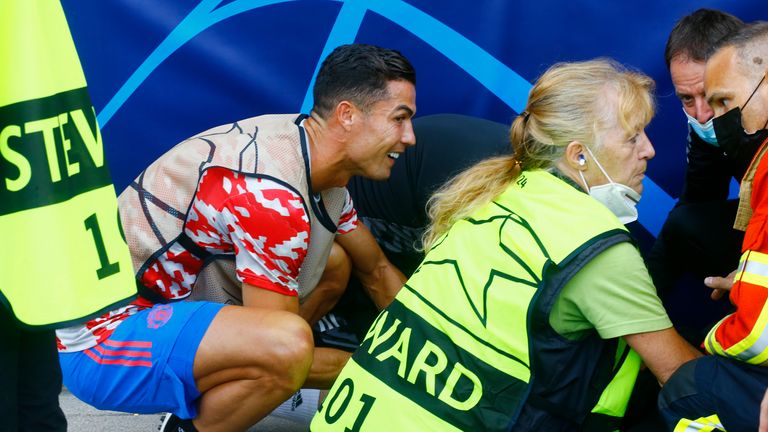 It ended up being a happier ending to the night for the steward than Ronaldo – she was gifted the footballer’s famous number seven shirt, while United went down to a shock 2-1 loss.

United were beaten despite Ronaldo scoring the opening goal after just 13 minutes.

England right-back Aaron Wan-Bissaka was sent off in the first half, and Young Boys scored a late winner to take the three points. 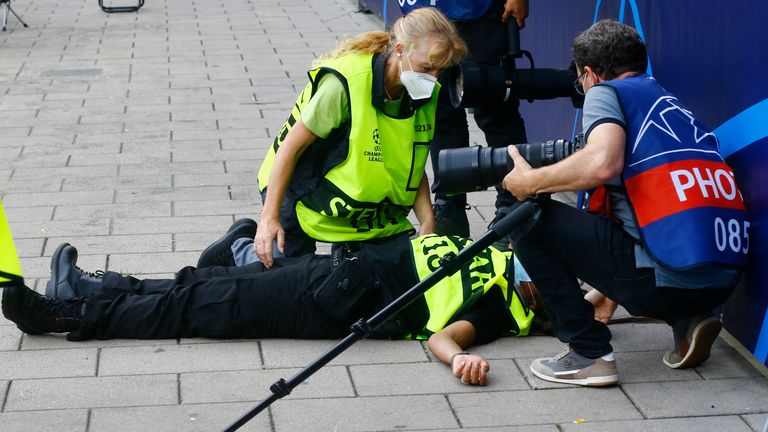 Ronaldo returned to Manchester United from Juventus in August and scored two goals on his second debut against Newcastle on Saturday.