The Pope has used his Christmas message to urge countries to share COVID-19 vaccines, saying nationalism should not be a factor in granting access to the new treatments.

His traditional Urbi et Orbi message was dominated by the social and economic impacts of the crisis.

“At this moment in history, marked by the ecological crisis and grave economic and social imbalances only worsened by the coronavirus pandemic, it is all the more important for us to acknowledge one another as brothers and sisters,” he said. 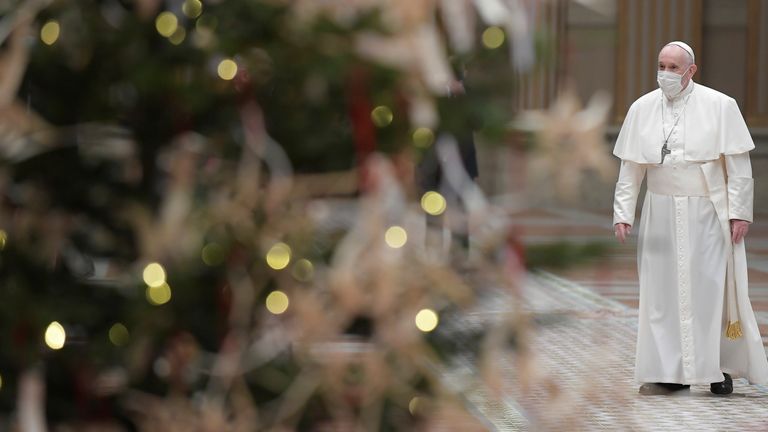 Pope Francis called for all people to have access to treatment.

“May the Son of God renew in political and government leaders a spirit of international cooperation, starting with health care, so that all will be ensured access to vaccines and treatment,” he said.

“In the face of a challenge that knows no borders, we cannot erect walls. All of us are in the same boat.” 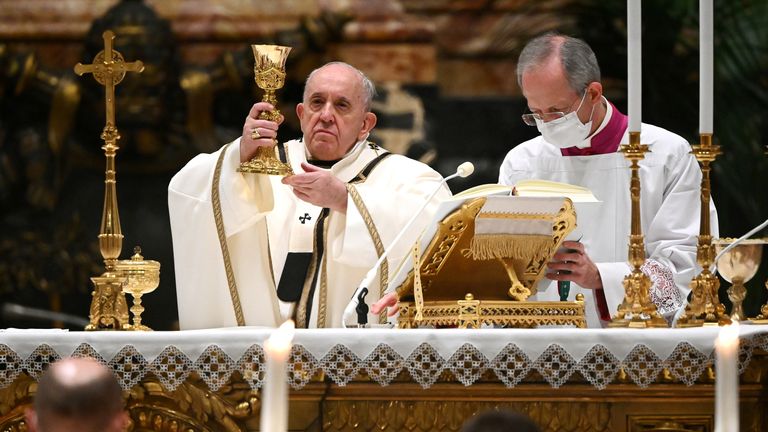 He also prayed for people who have become unemployed or were experiencing financial difficulties, as well as for those who have suffered domestic violence during the pandemic.

With coronavirus restrictions affecting celebrations around the world, the Pope delivered the message virtually from inside the Vatican instead of the central balcony of St Peter’s Basilica. Mayor Anton Salman said: “Christmas is a holiday that renews hope in the souls.

“Despite all the obstacles and challenges due to coronavirus and due to the lack of tourism, the city of Bethlehem is still looking forward to the future with optimism.” 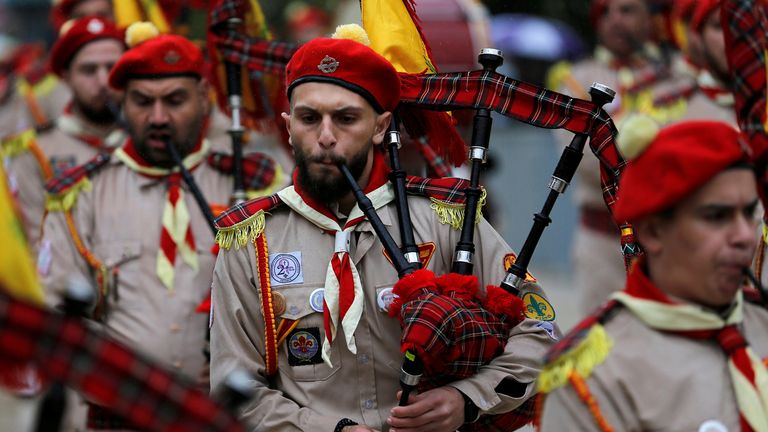 With borders closed and domestic tourism limited, people living in the city were set to have the attraction to themselves. However, people stayed away due to poor weather and a recent outbreak of coronavirus in the city – which have led to more than a quarter of a million people being put into lockdown for a week.

Australia has seen a total of 28,300 cases and 908 deaths during the pandemic, with an estimated 156 active cases on Christmas day.

In a televised message, the country’s prime minister, Scott Morrison, said: “We give thanks this year for our Christmas.

“Our blessings outweigh our struggles.”

Thousands gathered for a Christmas mass at the Basilica of Our Lady of Peace in Yamoussoukro, Ivory Coast.

Worshippers marked the end of a difficult year at the chapel, which is modelled after St Peter’s Basilica in the Vatican. 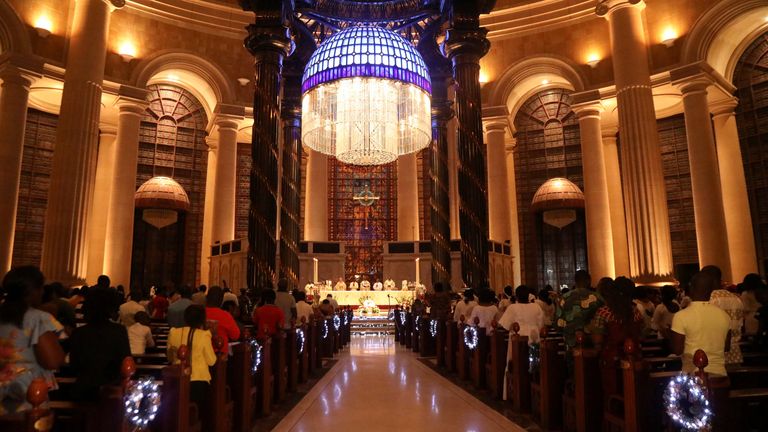 The church, located on the edge of the Ivory Coast’s capital, enforced safety measures including social distancing and people having to wash their hands.

Franck Allatin, rector of the Basilica, said: “My message during these Christmas festivities is to remind our dear compatriots once again that we have one religion, one ethnicity, which is peace, which is a platform for the progress of this nation.”