SATARA, India, SINGAPORE, LONDON (Reuters) – In the fertile Satara district in western India, farmers are putting their cattle on an unorthodox diet: Some feed iceberg lettuce to buffalo. Others feed strawberries to cows. 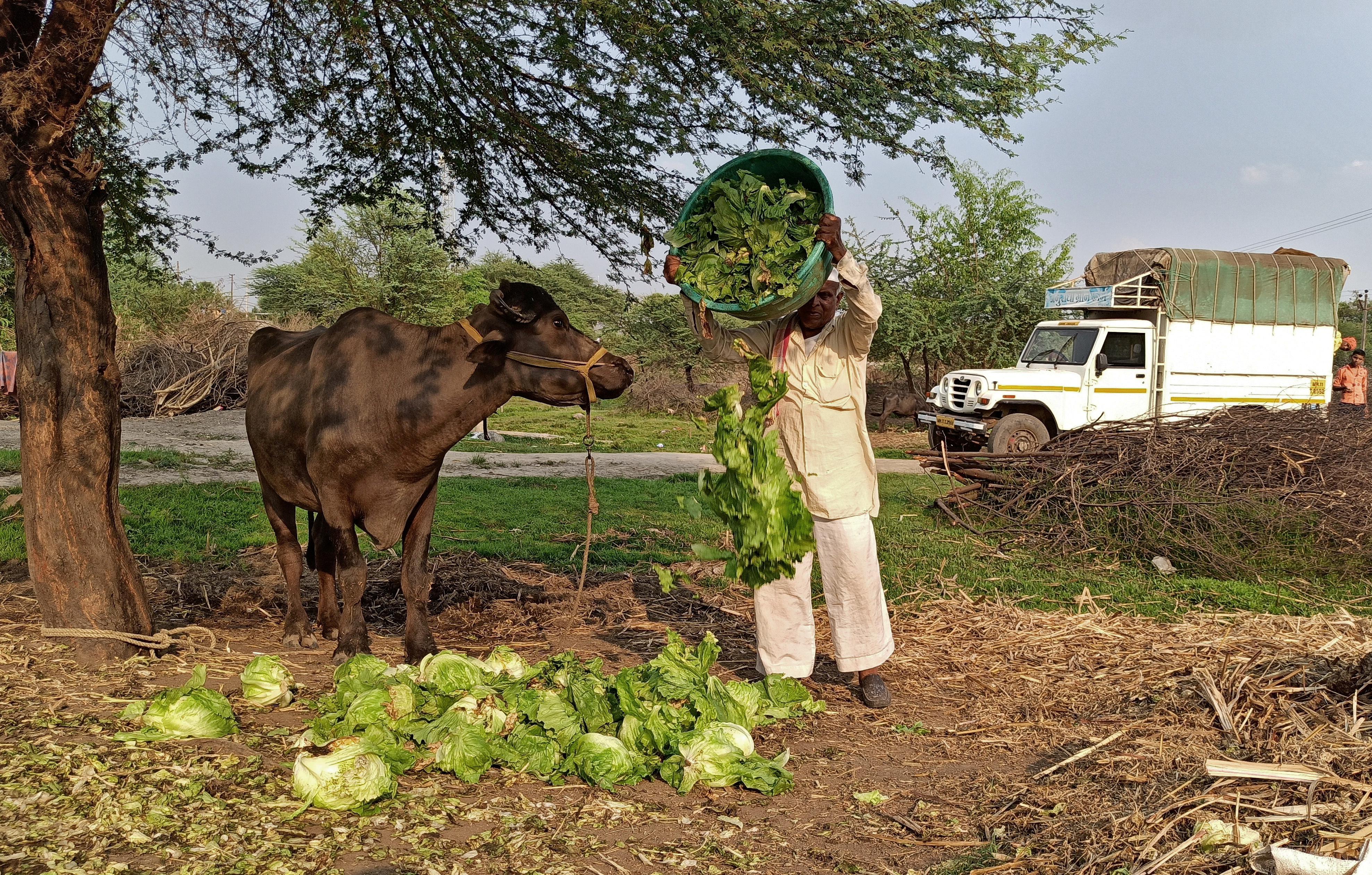 It’s not a treat. They can either feed their crops to animals or let them spoil. And other farmers are doing just that – dumping truck loads of fresh grapes to rot on compost heaps.

The farmers cannot get their produce to consumers because of lockdowns that aim to stop the spread of coronavirus. In India, as in many parts of the world, restrictions on population movement are wreaking havoc on farming and food supply chains and raising concern of more widespread shortages and price spikes to come.

Across the globe, millions of laborers cannot get to the fields for harvesting and planting. There are too few truckers to keep goods moving. Air freight capacity for fresh produce has plummeted as planes are grounded. And there is a shortage of food containers for shipping because of a drop in voyages from China.

In Florida, a lack of Mexican migrant laborers means watermelon and blueberry growers face the prospect of rotting crops. Similar shortages of workers in Europe mean vegetable farms are missing the window to plant.

Such sprawling food production and distribution shocks illustrate the pandemic’s seemingly boundless capacity to suffocate economies worldwide and upend even the most essential business and consumer markets. There has been limited disruption so far to supplies of staple grains such as rice and wheat, although problems with planting and logistics are mounting.

Indian farmer Anil Salunkhe is feeding his strawberries to cows because the local tourists that usually eat them are gone, as are the fruit vendors that once worked the streets of the nearby metropolis of Mumbai.

“Nobody was willing to buy strawberries due to the lockdown,” Salunkhe told Reuters as he fed strawberries to a cow in Darewadi village, in Satara district.

He can’t even give his strawberries away: With stay-home orders in place, few villagers ventured out from their homes when he offered them the berries for free, he said.

In nearby Bhuinj village, Prabhakar Bhosale feeds lettuce to buffalo and lets villagers take more for their own cattle. The hotels and restaurants that normally buy lettuce are closed.

The potential impact of planting and harvest disruptions is most acute in poorer countries with big populations, said Abdolreza Abbassian, a senior economist at the United Nations Food and Agriculture Organization (FAO).

India – the world’s second-most populous country, where a majority of the population is involved in agriculture – is among the most vulnerable nations to the disruptions.

Prime Minister Narendra Modi imposed a 21-day lockdown with just a few hours notice on March 25, leaving many of its 120 million migrant laborers struggling to get home and with no money for rent, food or transport.

The country’s northern grain bowl relies on labor from eastern parts of the country, but workers have left the farms because of the lockdown. [L4N2BO25E]

“Who is going to fill the grain bags and bring the produce to market, and transport it to mills?” asked Jadish Lal, a merchant in Punjab’s Khanna grain market, the country’s largest.

Supply problems in one place are quickly felt on the other side of the world. In Canada, imports of speciality Indian vegetables such as onions, okra, and eggplant have dropped by as much as 80% in the past two weeks as air cargo space dwindled, said Clay Castelino, president of Ontario-based Orbit Brokers, which helps shipments clear customs.

Castelino figured the sharp decline meant the food had simply gone to waste: “With perishable food, once it’s gone, it’s gone,” he said.

Spain has a shortage of migrant workers from countries such as Morocco who cannot travel.

“In around 15 days time, the blueberry season will peak until mid-May,” said manager Francisco Sanchez, a manager at Spanish growers association Onubafruit. “We need a big concentration of labor then.”

In Italy, about 200,000 seasonal workers will be needed in the next two months. The government may have to ask people receiving state benefits to pick the fruit and vegetables, said Ivano Vacondio, head of Italy’s Food Association Federalimentare.

In France, Agriculture Minister Didier Guillaume has issued a rallying cry to what he called France’s “shadow army” of newly laid off workers to replace the usual crews of migrant workers on the farms.

“If the call is not heard, the production will remain in the fields, and the entire sector will be damaged,” said Christiane Lambert, head of France’s largest farm union, FNSEA.

In Brazil – the world’s top exporter of soybeans, coffee, and sugar – farm lobby CNA said the industry faces a range of problems, including challenges hiring truck drivers to haul crops and a shortage of spare parts for farm equipment.

In Argentina, the world’s top exporter of soymeal, exports have been delayed as the government ramps up inspections of incoming cargo ships.

In addition to the trucking problems, a sharp decline in air traffic has cut deeply into capacity to move fresh produce long distances.

Andres Ocampo, chief executive of HLB Specialties LLC, a fruit importer based in Miami, Florida, relied on commercial flights to shift papayas and other produce from Brazil. Now he is buying more from Mexico and Guatemala, where goods can still be shipped by trucks.

Ocampo says volumes of the company’s imports from Brazil have dropped by 80%.

“In Europe, it’s even worse, because they don’t have a Mexico-like source for papayas,” he said.

U.S. and Canadian exporters are grappling with a shortage of refrigerated containers to supply goods, as voyages of container ships from China to the West Coast are down by a quarter due to reduced demand because of lockdowns.

“The containers are tough to get right now,” said Michael Dykes, president of the International Dairy Foods Association, a U.S.-based trade group. “If a company needs five containers, they’ll find they can get one.”

Port congestion is slowing shipments of pork and beef to destinations such as China because workers have been told to stay at home. That is exacerbating the shortage of protein supplies in China, where an outbreak of African swine fever has taken a quarter of the world’s pigs off the market in the past year and a half.

A DIFFERENT KIND OF CRISIS

The emerging supply-chain disruptions are much different than the food crises of 2007-2008 and 2010-2012, when droughts in grain-producing nations caused shortages that led to higher prices, unrest and riots in several countries. Those price spikes were driven in part by state hoarding of rice and other staples.

Now, staple grain supplies are relatively plentiful and global prices have been low for years as farmers in the United States, Brazil and in the Black Sea region have planted more and improved yields.

Although there are signs that big importers such as Iraq and Egypt are boosting grains purchases amid rising food security concerns, other countries are boosting exports. Second-largest rice exporter Thailand, for instance, is taking advantage of higher rice prices by increasing exports from stockpiles.

African nations – where many people spend more than half of their income on food – are among the most vulnerable to disruptions in staple food supplies. 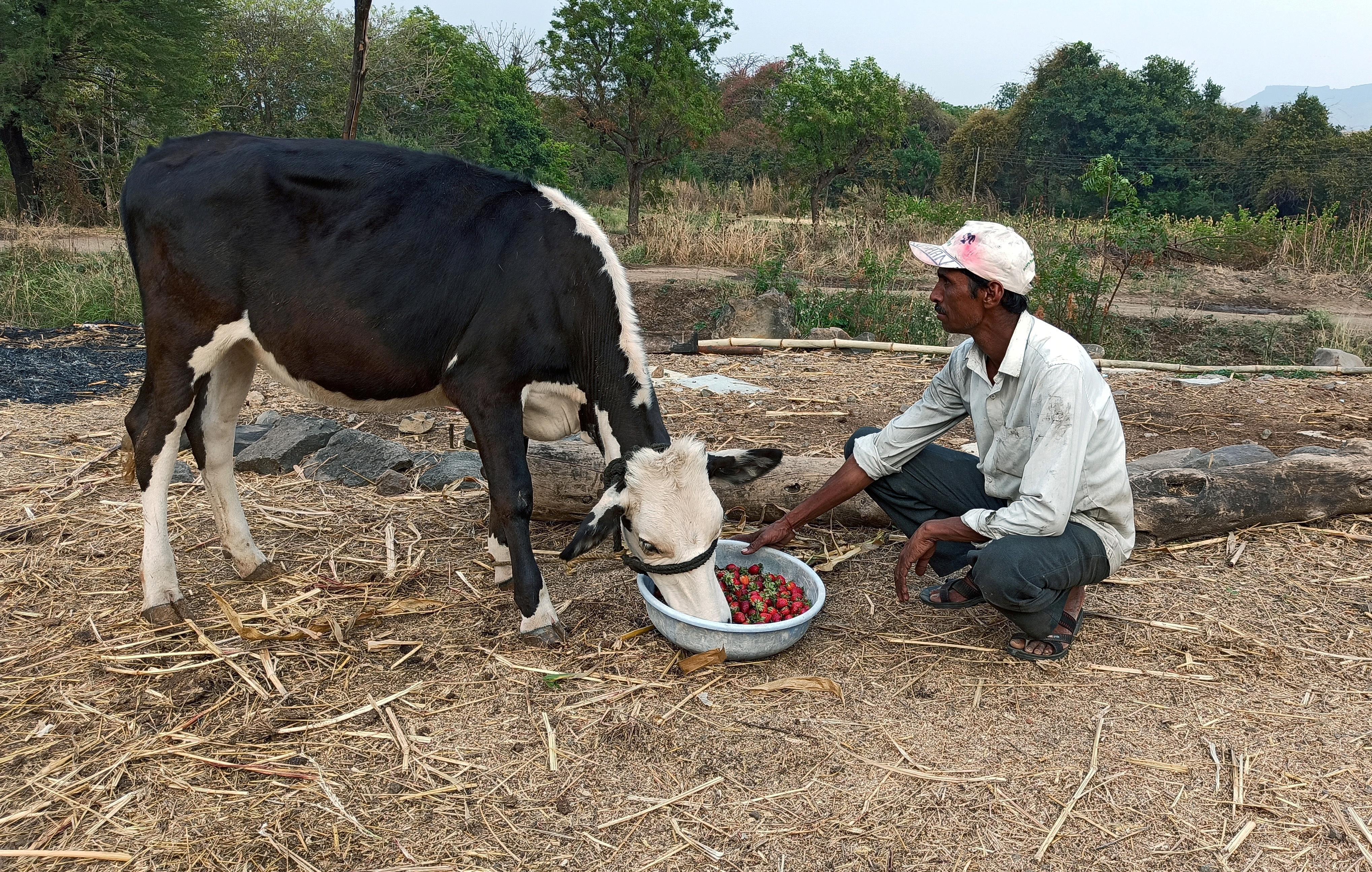 The continent is the fastest-growing consumer of rice, accounting for 35% of global imports and 30% of wheat imports. Sub-Saharan Africa alone is the third-largest rice consuming region, yet holds the smallest grain inventories – relative to demand – of all regions, because of tight government budgets and limited storage.

While the earlier food crises involved supply shocks, today the problem is getting plentiful supplies to the people who need it – many of whom have suddenly lost their income.