French health authorities said yesterday 365 people had died due to a coronavirus infection over the previous 24 hours, bringing the total number of hospital deaths to 1,696. The country’s top health official said nearly 30,000 people had tested positive for the flu-like infection so far nationwide but the number of cases was likely far higher. The teenage girl from the southern Paris region, known only as Julie A, became the youngest French victim of the disease that often afflicts the elderly or people with underlying health conditions, the head of the public health service Jérôme Salomon said.

A week ago, the teenager developed a mild cough but on Saturday she began having trouble breathing, her mother told French media. She underwent scans and several tests for Covid-19 – the respiratory disease caused by the new coronavirus – but her condition deteriorated rapidly.

Mr Salomon, however, stressed that severe cases are “very rare” in young people.

The health chief added that 29,155 people had tested positive for the virus so far nationwide, but admitted the real number of cases was likely much higher as testing was reserved for high-risk patients.

He said that 3,375 people were currently in intensive care out of the nearly 14,000 hospitalised after contracting the infection.

“It is very difficult to estimate when the peak will come… people who are ill now were infected before the confinement began,” Mr Solomon noted.

“Now there is less contact, people are going out less and getting infected less. So we hope there will be fewer people getting sick next week.” 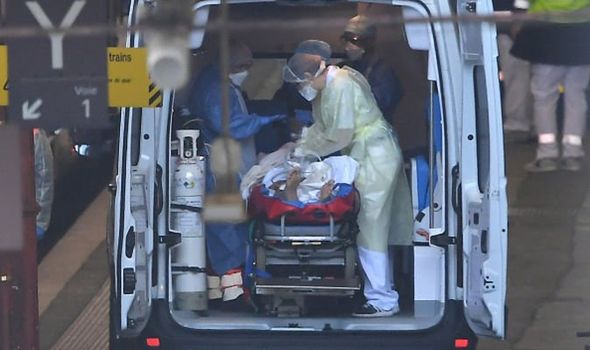 France has been in lockdown since March 17 in an effort to restrict the spread of the epidemic, but the government has repeatedly warned it will take time for the drastic measures to bear fruit.

People are only allowed to leave their homes for pressing matters, such as food shopping or urgent medical care.

On Tuesday, a scientific council advising President Emmanuel Macron on the virus suggested the full lockdown was the only really efficient strategy and should last at least six weeks.

“The lockdown needs to be strictly implemented,” it said in a statement.

The Macron government has remained tight-lipped on a possible extension of the lockdown, though on Thursday spokeswoman Sibeth Ndiaye said a decision would be made “in the next few days”.

“We are waiting for more complete information. We need time to analyse the results of the lockdown (in the hardest-hit regions) with a little perspective,” she told LCI television.

Ms Ndiaye also commented on the months-long public hospital crisis, as the country’s medical system comes under severe strain as it scrambles to cope with the influx of coronavirus patients.

“The public hospital crisis did not start during the Macron presidency; it did not start under (his predecessor François Hollande’s presidency). It is the result of years and years of budget cuts,” she insisted.

French hospital workers have been striking for months in protest at years of cutbacks they say have crippled care in a country known as having one of the best public health systems in the world.

The fast-spreading coronavirus, which was first detected in China late last year, has now infected more than 500,000 people and killed over 23,000 worldwide.