Tourists will be able to visit Spain from 1 July without having to quarantine for two weeks.

The government said cabinet ministers made the decision to lift the mandatory coronavirus quarantine during a meeting on Monday.

Prime Minister Pedro Sanchez had already announced over the weekend that Spain was ready to welcome some foreign visitors in July but did not say if they would have to continue to stay in quarantine for two weeks. 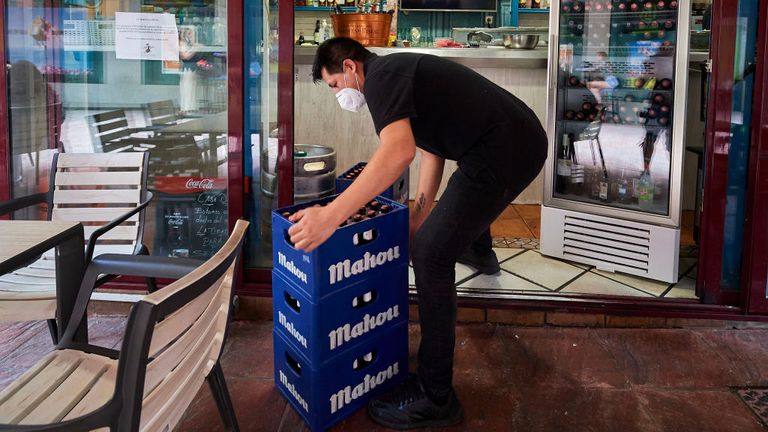 He is also looking to establish reciprocal safe corridors between parts of Spain that have the outbreak under control and similar areas in Europe that are an important source of tourists.

So far, Spain – one of the world’s most visited countries with 80 million tourists a year – has only mentioned European Union countries when talking about reopening to travellers.

Tourism accounts for 12% of Spain’s GDP, employing 2.6m people, with the Canary and Balearic archipelagos relying almost solely on tourists.

The coronavirus pandemic hit Spain just as it was beginning its tourism season, with everything from hotels, bars and restaurants to beaches and leisure parks closed down.

Restrictions on movement have gradually been eased, with bars in some parts of the country allowed to open their terraces last week, and museums and churches reopening.

Madrid and Barcelona, both national epicentres of the virus, are the latest cities to have been allowed to follow suit on Monday.

The country’s La Liga football league will restart from 8 June, Mr Sanchez announced over the weekend.

He also said there would be a 10-day period of national mourning for victims starting on Tuesday.