The president of the Philippines says people who violate coronavirus lockdown rules could be shot dead, saying “I will bury you”.

Amnsesty International condemned the remarks as “deeply alarming” and said they follow reports of inhumane punishments for lawbreakers of the coronavirus lockdown, such as being detained in dog cages and sitting for hours in the sun.

In a televised address, President Rodrigo Duterte said everyone must follow home quarantine measures to ensure the country’s poor health system is not overwhelmed. 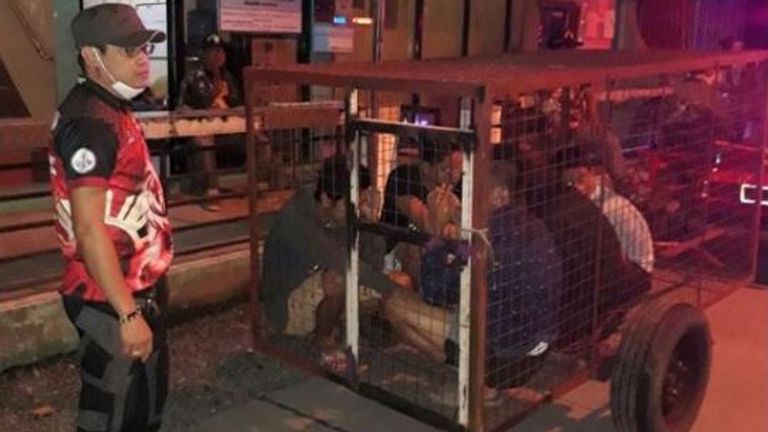 “It is getting worse. So once again I’m telling you the seriousness of the problem and that you must listen,” Duterte said.

“My orders to the police and military… if there is trouble and there’s an occasion that they fight back and your lives are in danger, shoot them dead.

“Is that understood? Dead. Instead of causing trouble, I will bury you.”

Responding to Mr Duterte’s comments, the national police chief on Thursday said no-one would be shot, and that officers understood the president was demonstrating his seriousness about public order.

The Philippines has recorded 107 coronavirus deaths and 2,633 confirmed cases, according to Johns Hopkins University.

All but three cases have been recorded in the past three weeks and the rate is growing by hundreds every day. Hours before Mr Duterte’s conference, there were media reports of several arrests of residents in a poor area of Manila who were protesting about sufficient government food aid.

Amnesty International UK said residents told the activist group that police violently dispersed the demonstrators with wooden sticks, including a man and his baby.

Amnesty International’s Philippines Director Butch Olano said the president’s “policy of shoot to kill” was “a devastating hallmark of his presidency.”

“Deadly, unchecked force should never be referred to as a method to respond to an emergency such as the COVID-19 pandemic,” he said. 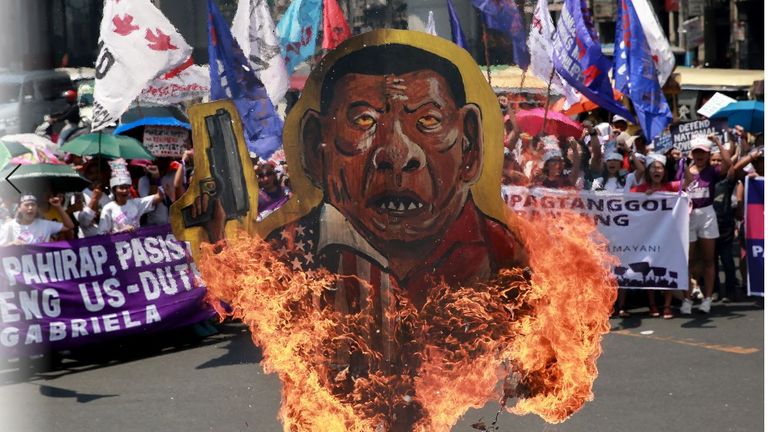 Amnesty International claimed that more than 17,000 people had been arrested for violations related to coronavirus lockdown and curfew orders.

Last week, Human Rights Watch alleged police and local officials had forced people arrested for breaking quarantine rules into dog cages and made them sit for hours in the sun as punishment.