COVID-19 patients may be at their most infectious during the first week of symptoms as they shed the virus at higher levels, research suggests.

Scientists from Berlin’s Charite Universitatsmedizin analysed data from patients to see how infectious they were and when – and how much of the coronavirus they excreted.

A previous report claimed people who contracted COVID-19 were at their most contagious early after becoming infected, even before displaying symptoms. 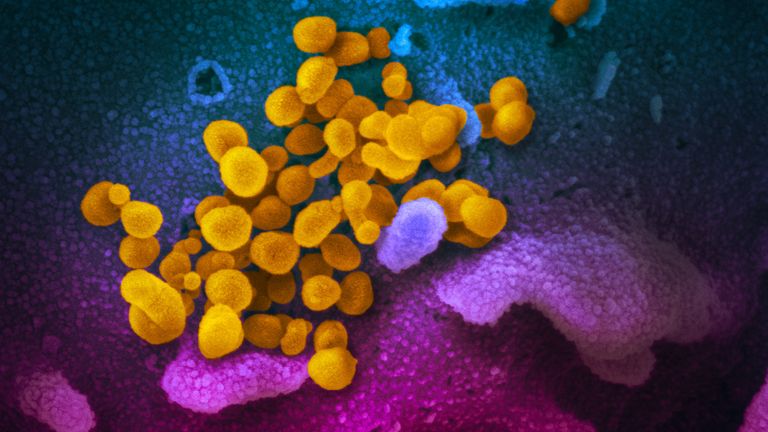 The new study, published in the journal Nature, looked at nine adults from the German city of Munich who had mild symptoms of the virus.

Researchers analysed throat and lung samples, as well as sputum (a mixture of saliva and mucus coughed up from the respiratory tract as a result of infection), stool, blood and urine.

Researchers also isolated an infectious form of the virus in the patients’ throat and lungs before day eight of symptoms.

Two of the patients who showed early signs of pneumonia continued to shed high levels of the virus in sputum until day 10 or 11, and the virus remained detectable in the phlegm after symptoms stopped.

COVID-19 was not found in blood or urine samples, and a replicating form of the virus was not detected in stool specimens.

The researchers said more studies with larger samples are needed.

They said: “Our initial results suggest that measures to contain viral spread should aim at droplet, rather than fomite-based, transmission (via objects or materials).

“The prolonged viral shedding in sputum is relevant not only for hospital infection control, but also for discharge management.

“In a situation characterised by limited capacity of hospital beds in infectious diseases wards, there is pressure for early discharge following treatment.

“Based on the present findings, early discharge with ensuing home isolation could be chosen for patients who are beyond day 10 of symptoms with less than 100,000 viral RNA copies per ml of sputum.