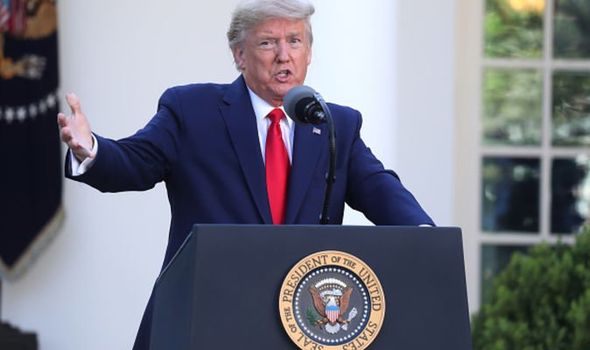 Before the UK’s shift in strategy, chief scientific adviser Sir Patrick Vallance said around 60 percent of the people would need to become infected to have “herd immunity”.

He added: “I want every American to be prepared for the hard days that lie ahead. This is going to be a very, very painful two weeks.”

The US has the highest number of recorded cases in the world and health chiefs say the death toll is likely to be between 100,000 and 200,000. Without restrictions it could hit 2.2 million.

Russian President Vladimir Putin has sent the US a large consignment of personal protection equipment and medical supplies. The number of deaths in Spain has passed 9,000. Germany had its biggest daily jump for two days running, with 149 new fatalities.