Germany has taken the first steps to lifting its lockdown, by allowing some smaller non-essential shops to reopen.

Shops no larger than 800 square metres were allowed to resume business on Monday morning, along with bookshops, car showrooms and bike stores.

It follows an agreement reached last week between local and central governments over the coronavirus restrictions.

Despite the lifting of some COVID-19 measures, Germany‘s government has stressed the move is an early step in the process. 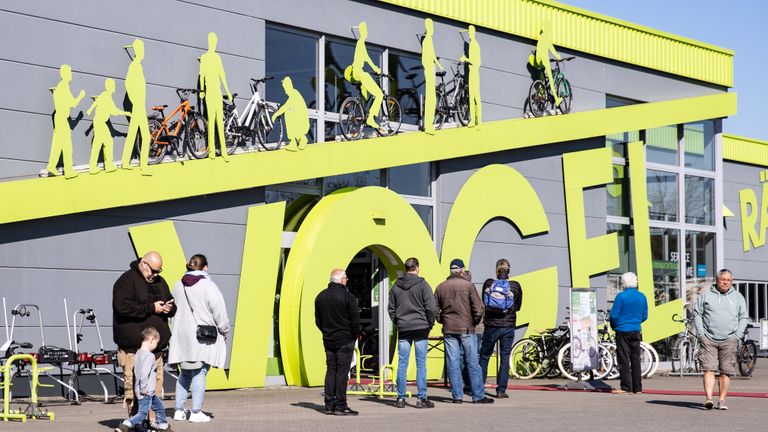 Larger shops will remain closed, with a spokesman saying they “draw large numbers of people into the city centre, they have high customer numbers and that [opening them] isn’t possible in the first step”.

The Robert Koch institute for public health has said the rate of infection in the country – which is measured by how many people each sufferer subsequently infects – was less than one for the first time since the pandemic began, leading officials to declare it was “under control”. 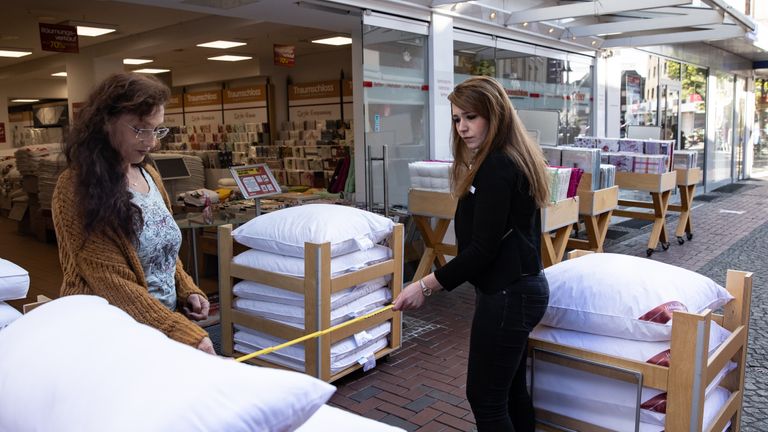 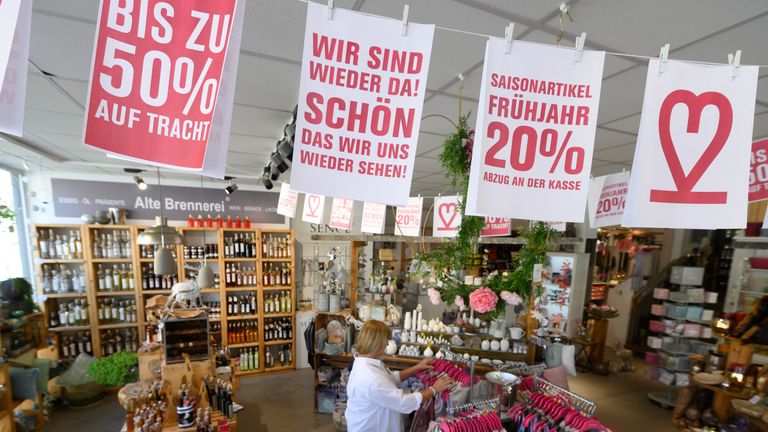 By comparison, the UK government said its equivalent figure had “probably” reached one, but that it needed more time to make sure this was the case.

The death rate of those infected in Germany remains one of the lowest in the world, with 4,642 people dying with coronavirus out of 145,743 cases, according to Johns Hopkins University. More than 16,000 people have died in UK hospitals after contracting the illness.

Germany’s apparent success in curbing the outbreak and minimising deaths has been widely credited to its extensive testing regime, early lockdown and the widespread availability of intensive care beds and specialist medical equipment.

Angela Merkel, the country’s chancellor, spent two weeks in self-isolation after a doctor she had been treated by tested positive for coronavirus in March.