Palestinian-Canadian physician Tarek Loubani says only a suspension of blockade of Gaza will help in COVID-19 crisis. 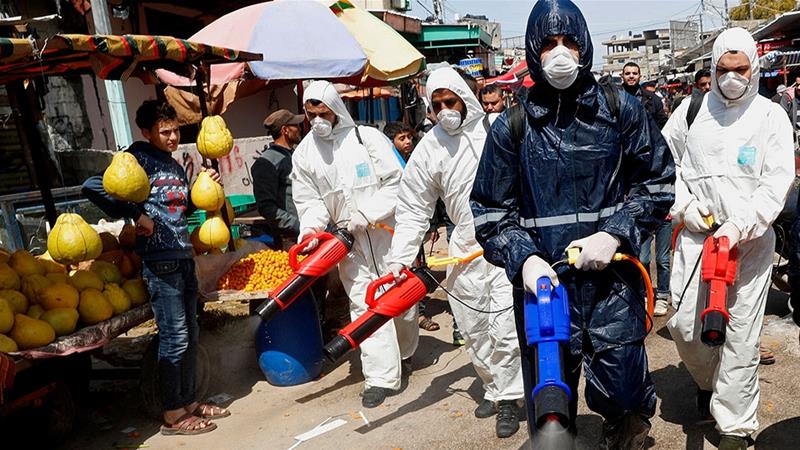 Montreal, Canada – For years, Dr Tarek Loubani has been guided by a simple principle: all patients, no matter where they live, should have equal access to high-quality healthcare. But it is obvious to the Palestinian-Canadian emergency room doctor that this ideal is not yet a reality.

“I practised in Canada and I practised in Gaza, and I could see that my patients in Gaza weren’t receiving the same care,” he told Al Jazeera this week, as the blockaded Palestinian territory confirmed its first two cases of the novel coronavirus.

The global coronavirus pandemic has thrust stark global disparities in access to healthcare and medical equipment into the spotlight, as some countries are being ravaged while others are succeeding so far in staving off a crisis.

The Gaza Strip, one of the most densely populated places in the world, is expected to be among the hardest-hit areas, as experts fear chronic shortages and an already strained healthcare system will exacerbate the spread of the virus.

Medical workers in Gaza are preparing for the worst, said Loubani, who spent two weeks working there last month. “People were so terrified because they knew that they were living in a powder keg,” he said. “And even these two cases represent such an incoming disaster.”

An emergency room physician in the Canadian province of Ontario, Loubani has worked with colleagues in Gaza to address some of the problems plaguing the healthcare system for several years.

In 2015, he raised over $206,000 ($300,000 Canadian) to erect solar panels atop a handful of hospitals across the Palestinian territory and provide a more consistent supply of electricity amid frequent power cuts. He also founded the Glia Project, an open-source charity that produces 3D-printed medical equipment at a low cost. The group has helped deploy 3D-printed stethoscopes and tourniquets in Gaza. 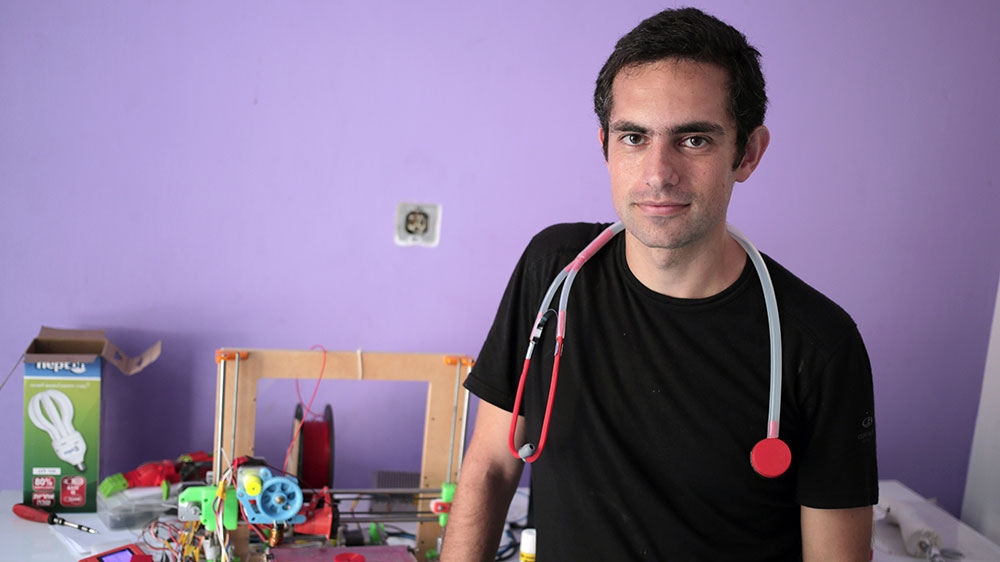 For COVID-19, Glia has shared production plans for medical face shields, which front-line medical workers use when they are treating patients.

The face shields, which are being produced for use in Canadian facilities amid concerns that supplies may run out, are made with mylar and elastic, and they cost seven dollars per unit to produce. They are also reusable, Loubani said.

He said the equipment would help plug a gap in Canada, which is otherwise well-equipped to respond to the coronavirus outbreak and where the government has mobilised various industries to manufacture supplies. But Loubani conceded that face masks alone would not drastically change the reality of COVID-19 in Gaza.

Under an Israeli-Egyptian blockade for over a decade, the Gaza Strip faces a dire humanitarian crisis and its medical facilities are stretched thin. Many Palestinians in the territory do not have regular access to electricity, clean water or sanitation, a reality that could exacerbate the outbreak.

Serious concerns have also been raised that Gaza does not have enough coronavirus testing kits to meet the needs of the local population, which numbers nearly two million people.

“The hospitals are not yet really ready,” said Matthias Schmale, director of Gaza operations for the UN Palestinian refugee agency (UNRWA) on March 20, just days before the first coronavirus cases were reported.

Israeli human rights organisation B’Tselem also said on March 23 that the spread of the coronavirus in Gaza would be “a massive disaster resulting entirely” from the conditions created entirely by the Israeli blockade. 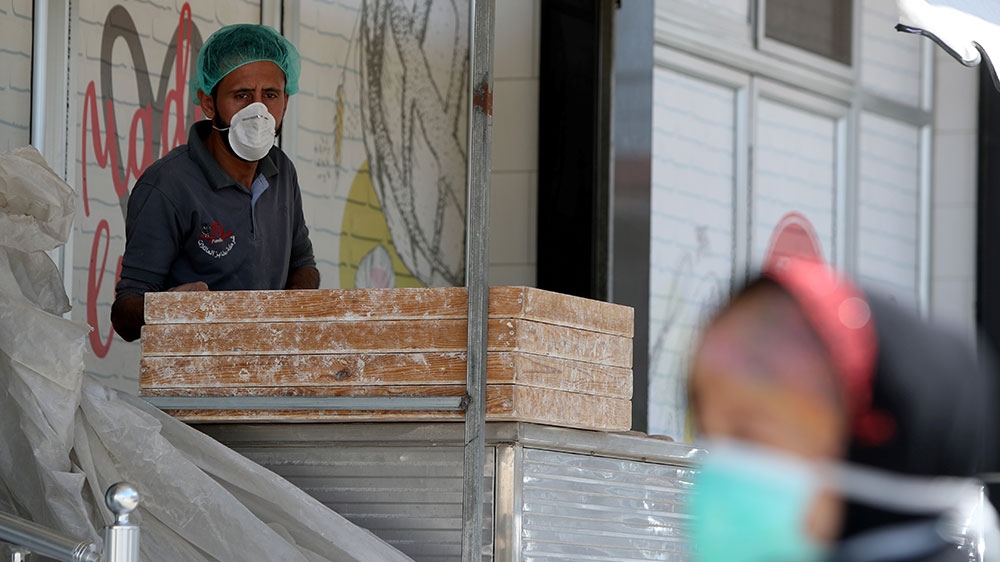 Loubani said that in February, when he was last in Gaza, physicians did not have enough gloves, face shields, or M95 protective masks, and many hospitals did not have respirators. That equipment is key to combatting the virus, which makes it difficult for patients to breathe and often requires their intubation.

“The most frustrating part about the health system in Gaza is [that] we actually know the answer, and the answer is an immediate end to the blockade, even if for a short period so that we can get through this crisis,” Loubani said.

“There’s some amount of the coronavirus that’s inevitable in Gaza, but the disaster we’re about to watch unfold is not inevitable.”