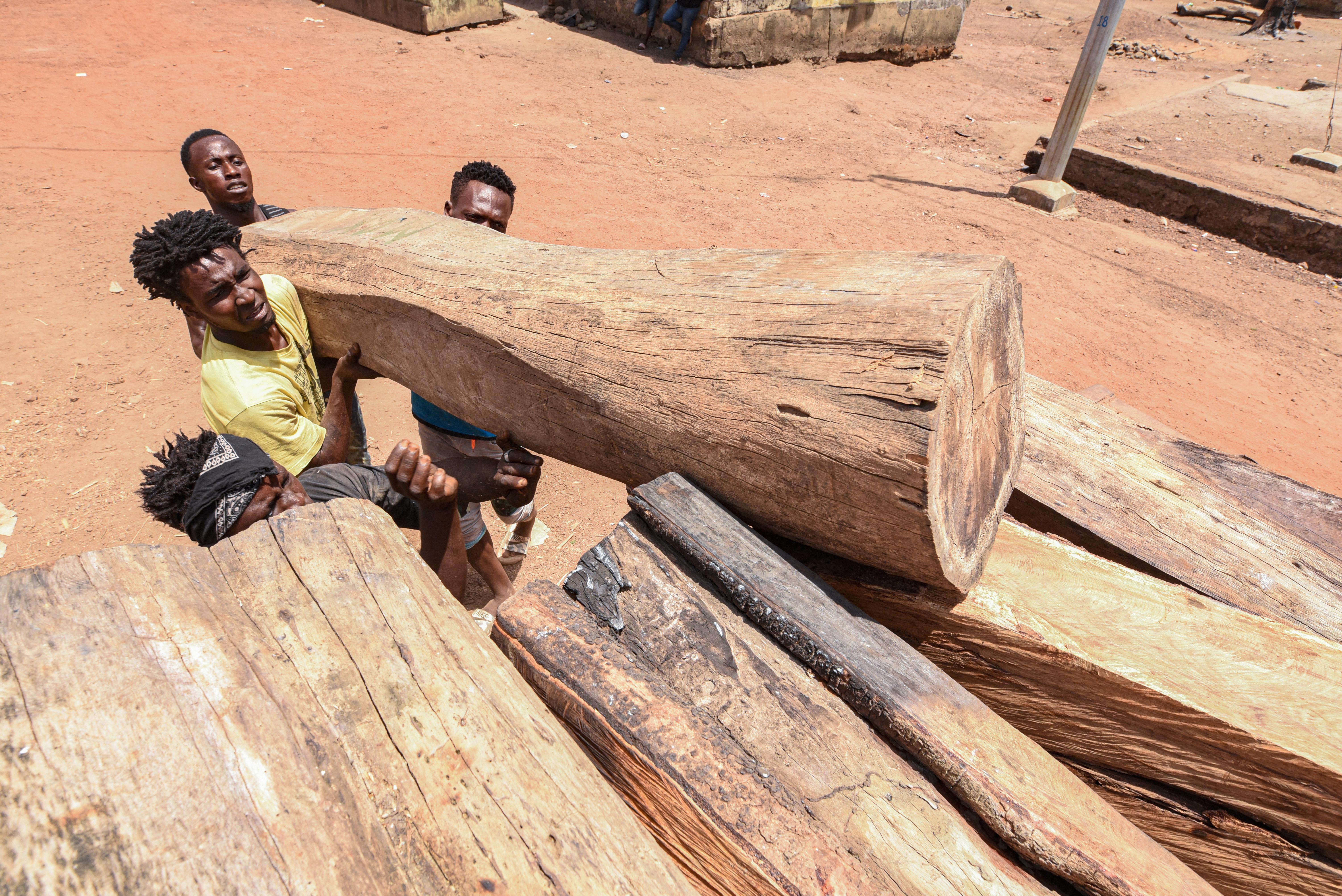 Now, the trucks are empty, parked alongside piles of wood blanketed in thick dust. Workers who once chopped and lifted the wood drink tea and smoke marijuana in roadside shacks surrounded by scorched farmland.

A crash in demand for rosewood in China due to the coronavirus outbreak has led to an abrupt halt in illegal logging in this lush pocket of northern Sierra Leone – a rare upside to the pandemic that has killed thousands and left much of the planet under lockdown.

“No Chinese men are coming here any more, and they’re the only people to come here and help us by buying what we cut,” said Ishmael Sessay, who has been harvesting timber from Sierra Leone’s oldest park since last year.

Chinese demand for rosewood, which serves a growing domestic furniture market, has fueled illegal logging across West Africa, including in southern Senegal, where thick forests have depleted fast in recent years despite a ban.

Logging for domestic use is allowed, but the government says logging in the park goes far beyond what is needed to satisfy home demand, and it does not have the resources to stop it.

In Outamba-Kilimi, more than 1,100 square km of park are protected by 27 unarmed rangers.

“We are completely and totally overwhelmed by the influx of illegal activity that has been going on in the park,” said Joseph Musa, who runs Sierra Leone’s National Protected Areas Authority.

Determining how much forest Outamba-Kilimi has lost is difficult. Most satellite data tracks the loss of high-canopy forests, but much of Sierra Leone, including Outamba-Kilimi, consists of low-canopy forest savannah, loss of which is harder to detect.

For now, though, the forest has been granted a reprieve.

“This coronavirus, I’m happy for it. I don’t want anybody to die, but I feel pain in my heart when I see this forest cut,” said Musa Kamara, who worked as a ranger in the park from 1981 to 2018. “This sickness is the only thing keeping them away.”