In the Parque Arara favela north of Rio, I’m invited into Luis Cassiano’s piece of tropical paradise, nestled in between a chaos of corrugated iron and breeze blocks.

If the fight against global warming begins at home, then Luis is leading it. 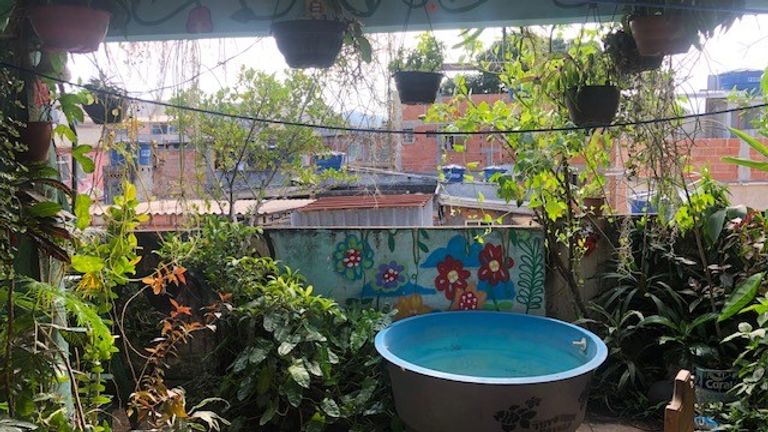 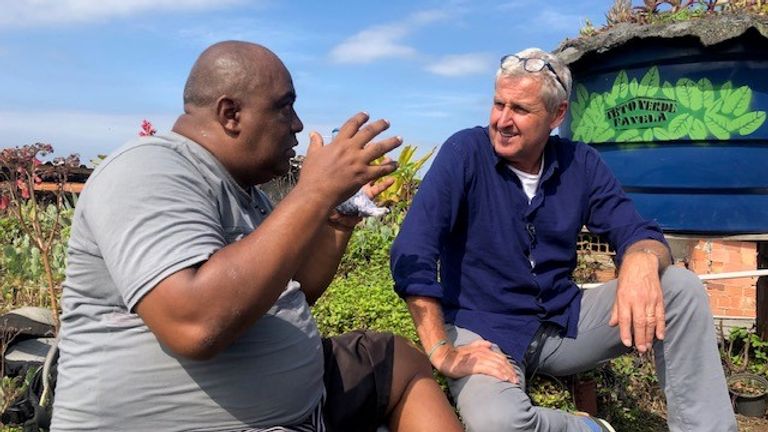 A television set straight out of the 1970s has a beautiful plant cascading from its screen.

A decades-old printer next to it, oozing black with soil rather than ink.

After meeting his 95-year-old mother, clearly very proud of her environmental campaigning son, we clamber up a further two rickety spiral staircases to reach his dream.

“And this is my green roof. It makes me happy.”

Nearly 10 years ago Luis started his idea – wanting to find a solution for poor air ventilation and soaring temperatures.

His roof garden is his pride and joy, plants of all sorts everywhere. 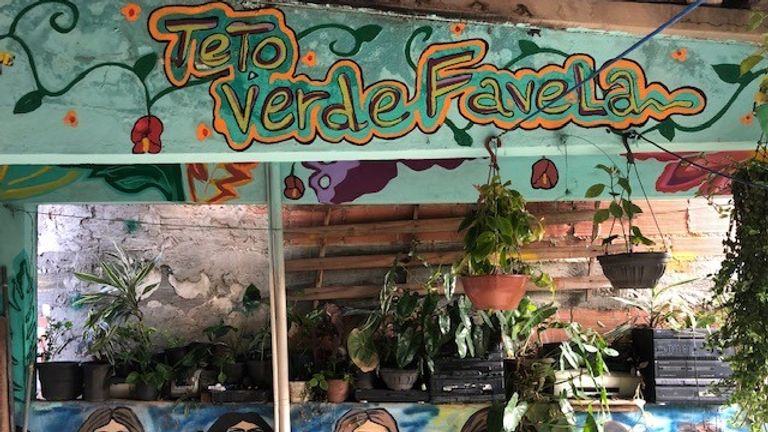 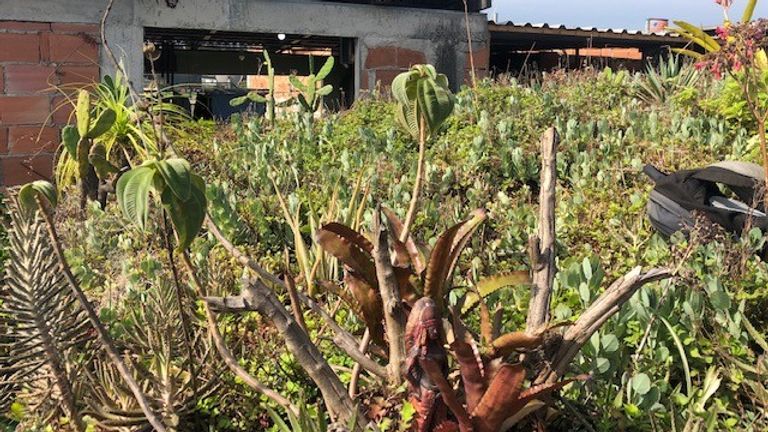 To him climate change is real.

“I have a dream. I want green roofs, everywhere,” he says.

“People think I’m crazy because I love plants, but I know it will make a difference, and we need to do it now.”

He’s cultivating his vision in the shadow of an oil refinery – and within yards of the freight trains he tells me rumble by day and night.

An irrigation system in the corner of his garden feeds the life above, and on the plant strewn terrace below provides him with a natural shower.

His aim is to create the greenest favela in Rio, though judging by the grey sprawl of concrete surrounding him it is not happening fast.