China and Hong Kong officials insist law won’t affect average people amid criticism of the plan from US, UK and G7. 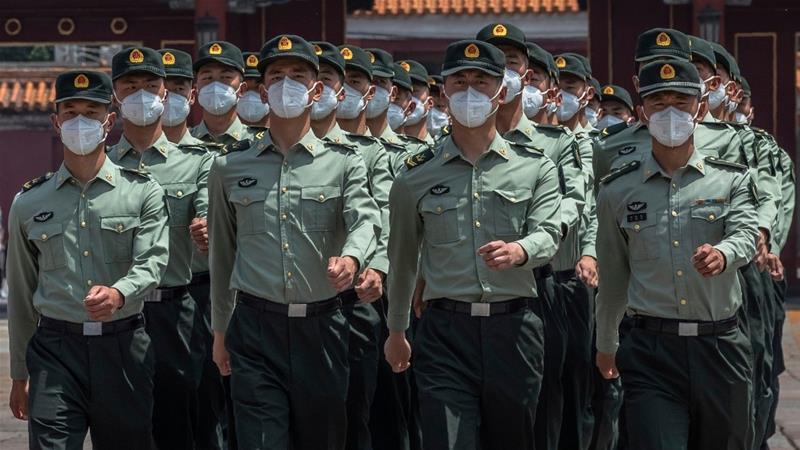 The bill was submitted to the Standing Committee of the National People’s Congress on Thursday, and covers four categories of crimes: succession, subversion of state power, local terrorist activities and collaborating with foreign or external foreign forces to endanger national security, the official Xinhua News Agency said.

No details on the definitions of those crimes or the applicable punishments were given. It was not clear either whether the law would be passed during the current three-day session of the committee, which is scheduled to end on Saturday.

“With hostile forces in and outside of Hong Kong colluding with each other in recent years, the absence of relevant legal system and enforcement mechanisms on safeguarding national security in the [Hong Kong Special Administrative Region] has created major risks for China’s national security,” Xinhua said in a commentary.

The United States has said that of the law is passed it will revoke some of the special privileges it grants to the former British colony. The UK has said it will offer passports and a path to citizenship to as many as three million Hong Kong residents.

On Wednesday, the G7 leading economies expressed its “grave concern” about the legislation stressing that it would breach Beijing’s international commitments as well as the territory’s constitution.

Beijing has denounced the criticism as interference in its internal affairs.

“We urge relevant parties to study the Constitution of the People’s Republic of China and the Hong Kong SAR Basic Law and view the national security legislation in an objective manner,” China Daily cited foreign ministry spokesman Zhao Lijian as saying.

Officials from China and Hong Kong have sought to downplay the dangers of the legislation saying ordinary Hong Kong people will not be affected.

A delegation from Hong Kong led by chief executive Carrie Lam discussed the legislation with the central government earlier this month. The territory’s justice secretary, Teresa Cheng, has said the security law would protect the rights and freedoms of Hong Kong people and strengthen the “one country, two systems” framework.

Hong Kong activist Joshua Wong said on Thursday that opposing the law “could be my last testimony [while] I am still free.”

“Our long march to democracy will be forced into a prolonged period of crackdown,” he said during an online event to promote democracy and the market economy hosted in Copenhagen, Denmark.

Taiwan, meanwhile, announced that it would set up an office to provide assistance to Hong Kong people wanting to leave the territory.

The office will provide support to professionals seeking to move to Taiwan, including for school, employment, investment, entrepreneurship and immigration, according to a statement by the Mainland Affairs Council in Taiwan, which handles the island’s relations with Beijing.

Taiwan is a self-ruled island democracy that China sees as its own.

Earlier this month, Hong Kong’s legislature approved a contentious bill making it a crime to insult the Chinese national anthem.

Senior opposition figures have also been arrested for taking part in demonstrations and questions have arisen over whether the national security legislation will be used to disqualify pro-democracy candidates in September’s elections for the Beijing-controlled Legislative Council.