The Long March 5B blasted off with the Tianhe core module on Thursday as part of Beijing’s mission to build its first permanent space station. It is stage one out of 11 missions to construct the station, which will be manned by a three-person crew.

The rocket, which at 30 metres long is around the length of a basketball court, will now become one of the largest launchers to make an uncontrolled entry as it heads back to land, according to SpaceNews.com.

It is expected to land over the next week – though its final destination is impossible to judge.

The rocket body, travelling at high speed, orbits Earth roughly every 90 minutes – meaning its entry point could be on a number of different continents.

Its orbital inclination of 41.5 degrees means the rocket travels just north of New York, Madrid and Beijing. It circulates as far south as southern Chile and Wellington, New Zealand’s capital. 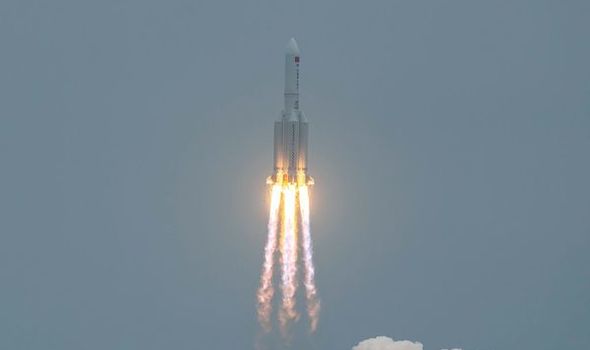 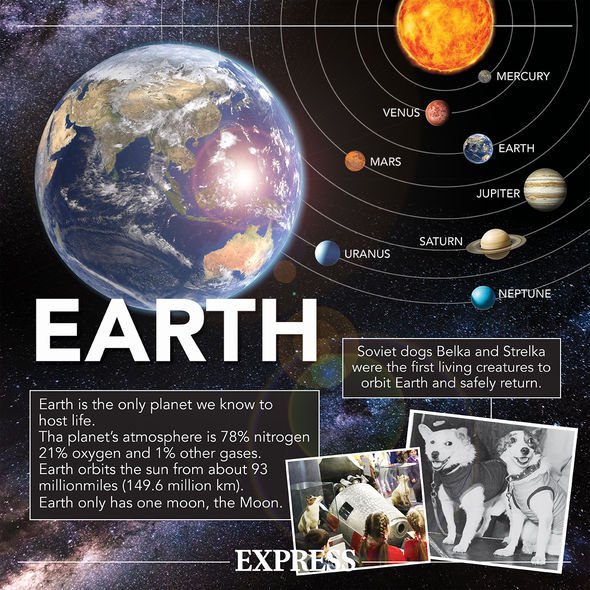 The likeliest outcome is burnt up debris landing in the ocean, which covers 70 percent of the planet – or an uninhabited area.

But “the risk remains of damage to people or property”, Space News notes.

The Tianhe, or “Heavenly Harmony” module, was propelled into orbit by a Long March 5B rocket from the Wenchang Launch Center on the southern island of Hainan on April 29.

Beijing is planning another 10 launches to send up two more modules, four cargo supply shipments and four missions with crews. 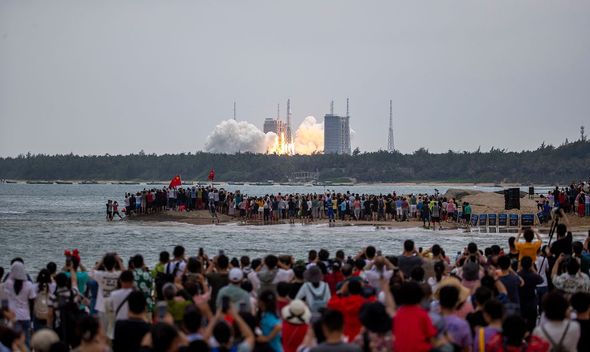 Tianhe’s main module will initially be about the size of NASA’s 76-ton Skylab space station of the 1970s.

The station is designed to last for more than 10 years and will be significantly smaller than the International Space Station (ISS).

This includes NASA’s Skylab, which made an uncontrolled return 42 years ago.

Alongside a graph of other debris, he wrote: “Today’s decay plot for the Tianhe objects.

“The core stage apogee continues to come down slowly.

“No new data today on Tianhe itself, which could indicate it made an orbit raising burn and tracking has lost it for now.”

Mr McDowell said of its size: “To summarize: this one is bigger than anything recent, but not as big as Skylab and its ilk back in the day.”