HONG KONG/BEIJING (Reuters) – China’s parliament approved a decision on Thursday to go forward with national security legislation for Hong Kong that democracy activists in the city and Western countries fear could jeopardise its special autonomy and freedoms.

China says the legislation will be aimed at tackling secession, subversion, terrorism and foreign interference in the city but the plan, unveiled in Beijing last week, triggered the first big protests in Hong Kong for months.

Riot police were out in force in Hong Kong as its legislators debated another piece of legislation, a bill that would criminalise disrespect of China’s national anthem, while the United States piled on pressure aimed at preserving the city’s autonomy.

Dozens of protesters gathered in a shopping mall to chant slogans but there was no repeat of disturbances the previous day when police made 360 arrests as thousands took to the streets in anger over the anthem bill and the national security legislation proposed by China.

Last year, the city was rocked for months by often violent pro-democracy demonstrations over an unsuccessful bid to introduce an extradition law to China.

The Chinese government’s security law for the city is fuelling fears in Hong Kong and beyond that Beijing is imposing its authority and eroding the high degree of autonomy the former British colony has enjoyed under a “one country, two systems” formula since it returned to Chinese rule in 1997.

Members of China’s parliament, the National People’s Congress, in the Great Hall of the People to the west of Beijing’s Tiananmen Square burst into prolonged applause when the vote tally showed 2,878 to one in favour of the decision to move forward with legislation, with six abstentions.

Chinese authorities and the Beijing-backed government in Hong Kong say there is no threat to the city’s autonomy and the new law would be tightly focused.

“The law will not affect the rights and freedoms enjoyed by Hong Kong residents,” the city’s Beijing-backed leader Carrie Lam said in a statement welcoming the Chinese parliament’s vote.

The city government would fully cooperate with Beijing to “complete the relevant legislative work as early as possible”, she said.

Despite the assurances, the United States, Britain and the European Union have expressed concern about the security legislation and its implications for China’s freest city and one of the world’s financial hubs.

U.S. Secretary of State Mike Pompeo said on Wednesday Hong Kong no longer qualified for special treatment under U.S. law, potentially dealing a crushing blow to its status as a major financial hub.

The proposed security law was “only the latest in a series of actions” undermining Hong Kong freedoms, he told Congress.

“No reasonable person can assert today that Hong Kong maintains a high degree of autonomy from China, given facts on the ground,” he said. 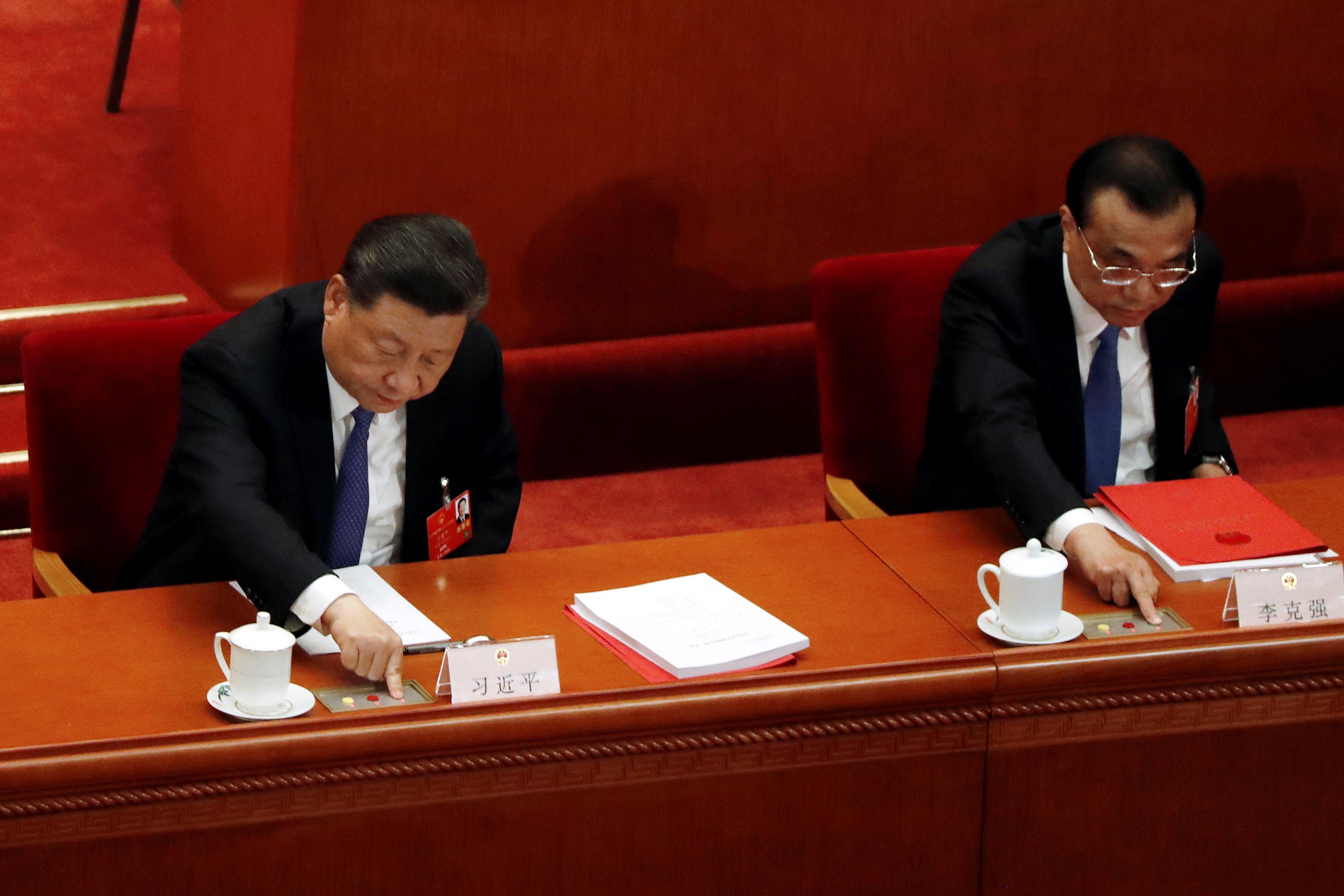 The security law could see Chinese intelligence agencies set up bases in the city.

Relations between the two superpowers have been tense over China’s claims in the South China Sea and trade. The coronavirus pandemic has also become an issue of acrimony.

“Already, international business is facing the pressure of increased tension between the U.S. and China, but the enactment of China’s security law for Hong Kong could take the tension to a whole new level,” said Tara Joseph, president of the American Chamber of Commerce in Hong Kong.

“This is show time for Hong Kong,” Joseph said in a commentary in the South China Morning Post.

U.S. President Donald Trump has promised action over Hong Kong, with an announcement at the end of the week. More than 1,300 U.S. companies have offices in the city, providing about 100,000 jobs.

China said it would take necessary countermeasures to any foreign interference into what it insists are its internal affairs.

Rich Chinese are expected to park fewer funds in Hong Kong on worries that the security law could allow mainland authorities to seize their wealth, bankers and other industry sources said. 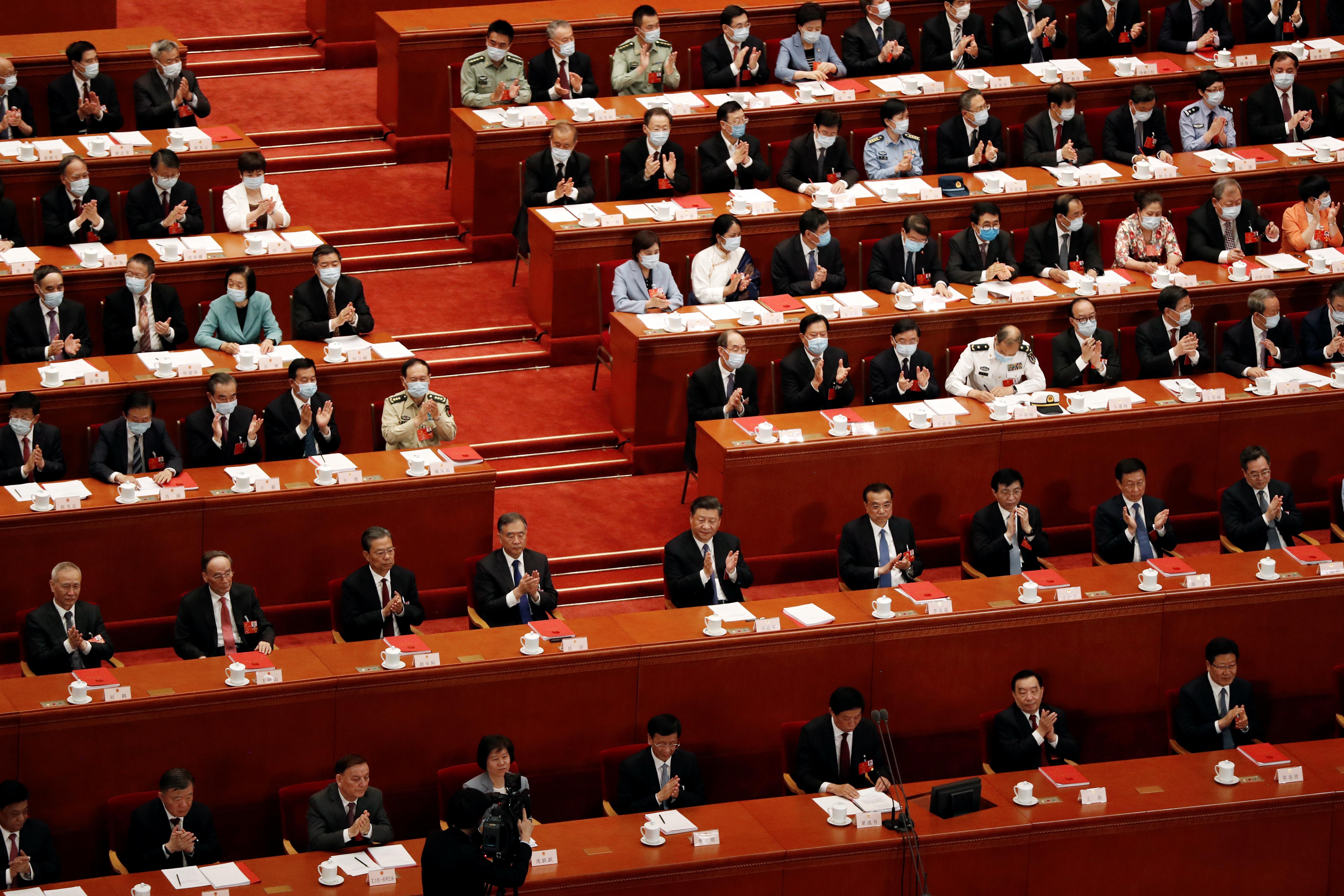 Chinese-claimed Taiwan on Thursday promised to settle any Hong Kong people who flee for political reasons, offering help from employment to counselling.

Earlier on Thursday, angry exchanges in the city’s assembly, the Legislative Council, during debate on the anthem bill saw some lawmakers removed in chaotic scenes and the session adjourned.