On January 10, the entrance tunnel to the Hushan gold mine in Shandong province collapsed following an explosion. The cause of the explosion is still unknown but 22 miners were trapped following the blast.

Today, TV footage showed one of the miners being lifted out as emergency workers celebrated.

Rescue efforts continued and about an hour later, 10 more miners were brought out from a different section of the mine.

The miners were trapped in a section of the mine about 580 metres before the surface. 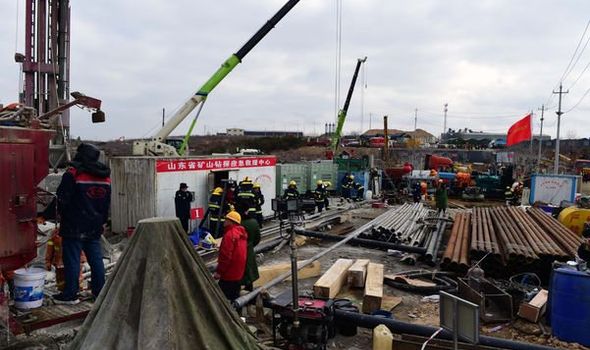 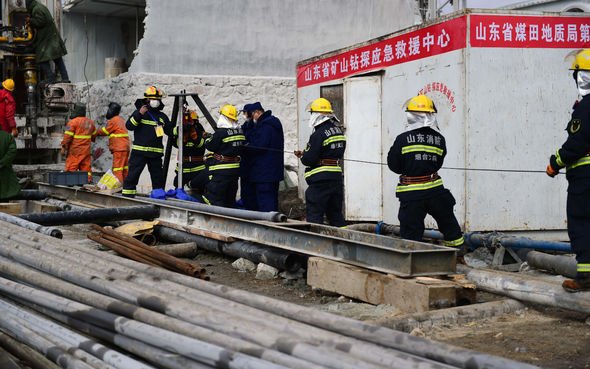 Chinese officials have warned the rescue could take up to 15 days to drill through 70 tons of debris.

The first man to be rescued – who was blindfolded to protect his eyes from the sunlight – was trapped in a different part of the gold mine to the main group of 10.

One of the miners trapped in the blast has died but it is not known whether the remaining 10 are still alive underground.

Authorities haven unable to communicate with the remaining miners who are still missing. 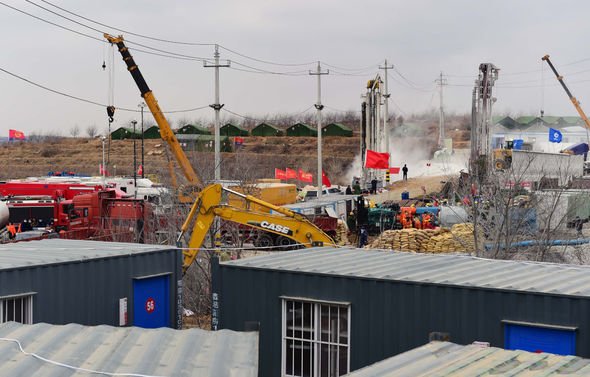 Mr Du warned it is not known when rescuers would be able “to reach the Sixth Central Section [of the mine] where the missing miners are believed to be”.

Following the blast, communication was cut off by the unknown explosion.

For up to a week, there was no sign of life.

But on January 17, rescuers felt a pull on the ropes which were lowered into small shafts leading down into the dark. 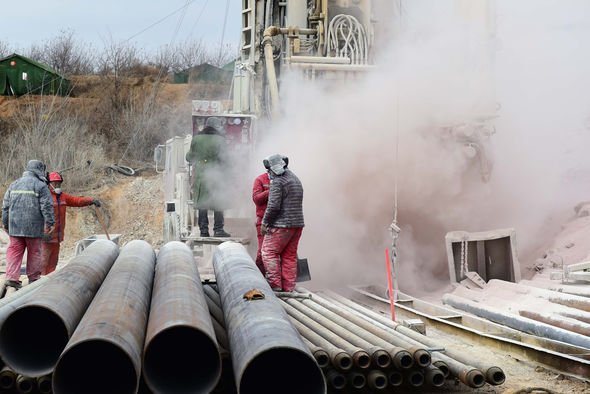 According to the BBC, a paper note was sent up on a rope from a group of 12 survivors.

Xinhua quoted the note as saying: “We are heavily exhausted and in urgent need of stomach medicine, painkillers, medical tape, external anti-inflammatory drugs and three people have high blood pressure.”

Eleven of which were trapped in one place and the other was trapped further below.

Contact with the lone miner was lost while one of the group of eleven had fallen into a coma after sustaining a head wound. 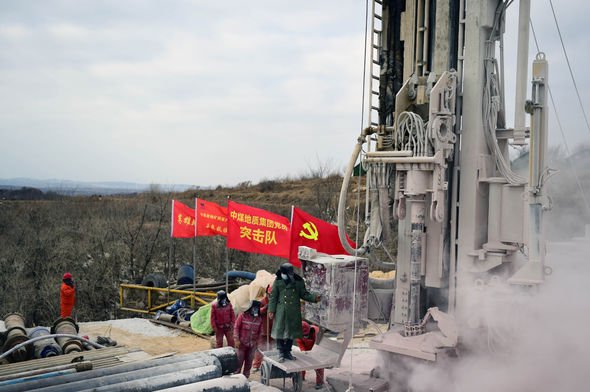 The miner was confirmed dead on Thursday.

Food and medicine were lowered to the miners through a narrow shaft as a communication line was established.

China has experienced a number of mining accidents over recent months due to poor safety regulations.

Last month, 23 miners died following a carbon monoxide leak at a coal mine.

In September, 16 workers were killed due to another carbon monoxide leak at a coal mine in Chongqing.

Back in 2019, an explosion at a coal mine in Guizhou province killed at least 14 people.