Zhang Xuezhong had also called on the country’s legislative body to draft a new constitution while urging more freedom. 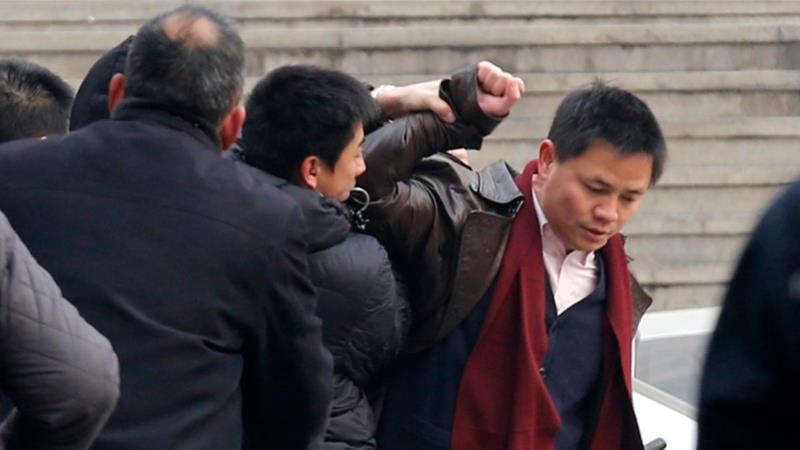 China briefly detained a noted constitutional scholar based in Shanghai, after he published a letter calling on members of the National People’s Congress to draft a new constitution, and criticised Beijing’s handling of the coronavirus pandemic.

Zhang Xuezhong was reportedly detained by police on Sunday night, according to the South China Morning Post newspaper, but Yaxue Cao, who runs the website China Change, said early on Tuesday that the respected lawyer had since been released.

The China Digital Times also quoted Zhang as writing on social media saying, “I saw so many friends showing concern for my current situation. Thank you so so much. I am now home and all is well. Good night everyone.”

Zhang’s letter calling for constitutional reforms, freedom of expression as well as the release of political detainees, was widely circulated in China after it was posted on the popular messaging app, WeChat.

His call for reform came in the run-up to next week’s meeting of the National Congress.

In the post on social media, Zhang was quoted as saying that the spread of the coronavirus in the country illustrated the flaws in the country’s current constitution, which was why it should be revised.

“The best way to fight for freedom of expression is for everyone to speak as if we already have freedom of speech,” he was quoted by the South China Morning Post as saying.

Zhang also criticised the way in which the Chinese government had “punished” Dr Li Wenliang, the Wuhan doctor who first raised the alarm over coronavirus and later died from the disease.

Since taking over the helm of the party in 2012, President Xi Jinping has cracked down heavily on free media and civil society, jailing many of journalists, lawyers and non-governmental activists.

More recently, it has gone after those who criticised the government’s response to the coronavirus, which first emerged in Wuhan late last year.

In April, a prominent Communist Party member, who indirectly referred to Xi as a “clown” over his handling of the coronavirus outbreak, was investigated on suspicion of a “severe violation of discipline and law.”

Ren Zhiqiang is a former head of state-run real estate conglomerate Huayuan Group and a party member who has become known for speaking out on sensitive topics such as press censorship.

Ren’s friends said he has been missing since mid-March, after publishing online his essay, which was critical of the government.

China has insisted that it has been transparent about the Wuhan outbreak.

The government has officially reported at least 4,633 fatalities across the country since the outbreak began. Almost 83,000 people were infected in China, while more than 78,000 have recovered.

Zhang, the legal scholar, complained that the government framework in China prevented independent voices from the medical field, as well as the media, from providing more information to the public about the dangers of the coronavirus.

#ZhangXuezhong, legal scholar, former prof at East China Univ of Political Science & Law, was taken away by police in Shanghai earlier today after calling the upcoming NPC to start a process for a national constitutional assembly. https://t.co/hIjVrfVWhL https://t.co/Dh10ORPH80

“It only shows that the government’s long-term tight control of society and people has almost completely destroyed the organisation and self-help capabilities of Chinese society,” he was quoted as saying in the letter.

Zhang had previously earned the ire of the government for his criticism of the Chinese constitution, resulting in his removal as a political science professor at the East China University of Political Science and Law in Shanghai.

In 2019, he was also stripped of his licence to practice law, after defending several human rights activists and fellow human rights lawyers.