A bus in China, carrying students, broke through a road fence after cutting across traffic and plunged into a reservoir. This incident happened around 12 pm local time in southwest China’s Guizhou Province. A rescue attempt was quickly made and at least 21 individuals have been reported as dead.

A further 16 have been injured.

Those that were injured and rescued were taken to a nearby hospital for treatment.

An investigation and search are both currently underway. 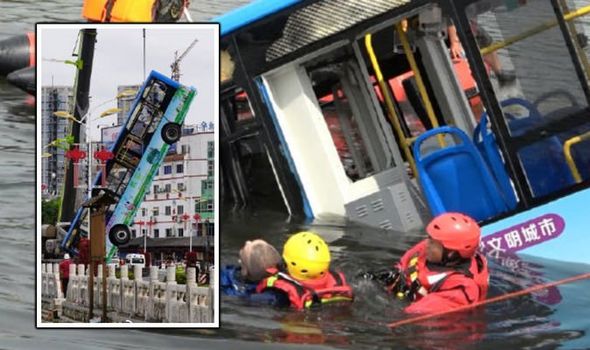 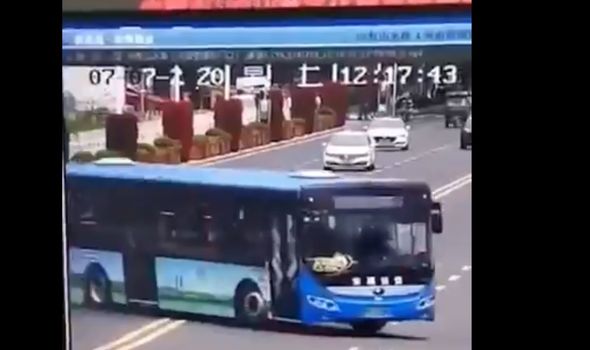 Around 100 firefighters, including 17 divers were sent to the crash site to perform a rescue mission after the crash, according to the Guizhou fire department on its social media account.

The video footage shows the bus changing lanes behind a grey car before cutting across multiple lanes.

The sharp turn then forces opposing traffic to slow down as the bus crashes through a fence into the reservoir.

It is believed that the students who were on board were returning from their national university entrance exams. 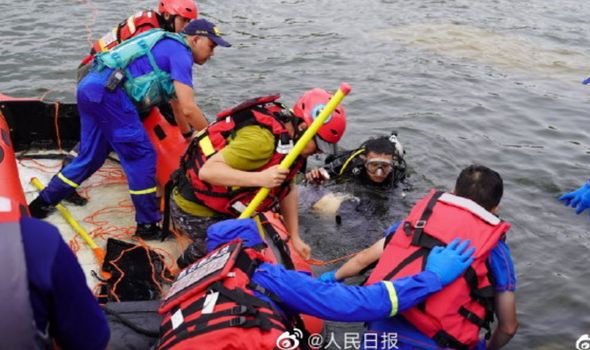 These exams had initially been postponed due to the coronavirus pandemic.

Speculation has already begun online as to the reason why the bus plunged into the reservoir.

Some Twitter users have questioned whether there was a fault with the bus or the driver had fallen asleep at the wheel.

No official statement has been made regarding the crash as the investigation is still ongoing.

Coronavirus: Is this PROOF China’s been lying about outbreak? [REVEALED]
‘A stitch-up!’ Scotland braced for 20% MORE funding than England [EXPLAINED]
Coronavirus vaccine to take ‘over 10 years’ as cases surge [ANALYSIS] 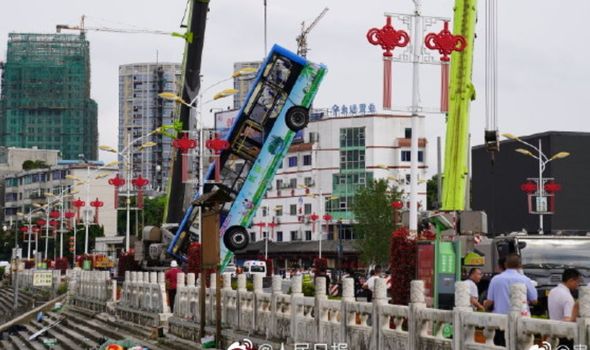 One concerned Twitter user wrote: “Why did the driver not use the brakes and stop it suddenly?

“This needs to be investigated.

“Something here is wrong.”

While many others simply wished condolences to the friends and family who had lost loved ones in the crash.